Protesters against COVID-19 vaccination clash with authorities on the mainland


The Commissioner of Police Chester Williams, via his Facebook account, warned organizers of a rally to protest against COVID-19 vaccination on Saturday, September 18th is illegal. Current COVID regulations prohibit gatherings, particularly those exceeding more than ten persons. The rally included a motorcade from the Spanish Lookout market, Cayo District, to Belize City. It did not make it to the city, but several supporters clashed with police, and even former Mayor Zenaida Moya was detained for allegedly hosting an unlawful social event. 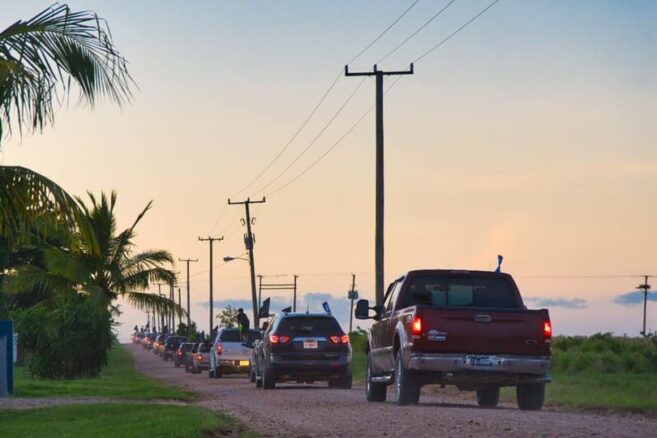 The move against the vaccine, known as ‘Free Belize,’ started within the Mennonite community on the mainland. The people behind the group say they are fighting for freedom of choice and believe their fundamental human rights are under attack from the latest government mandate. One requires Belizeans to get vaccinated against COVID-19. It has been reported that Mennonites in communities like Spanish Lookout are refusing to get the injection or adhere to the health safety measures, such as mask wearing, social distancing and sanitizing. Primarily active in the Cayo District, protesters oppose the government’s new regulation requiring proof of vaccination or a negative COVID-19 test to access services and move around the country starting October 1st. Organizers of Free Belize are convinced government cannot force citizens to do what they do not want, thus, the peaceful movement against said regulations.

On Saturday, the plan was to head to Belize City and host a protest at the Battlefield Park in downtown of the city. Those attempts were trumped as police posted check points along the George Price Highway. The motorcade turned around and instead headed to the Capital City of Belmopan and then to San Ignacio Town near Spanish Lookout. 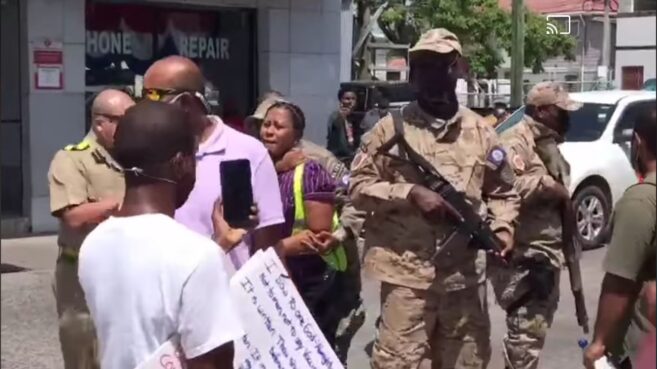 In Belize City, supporters clashed with the police as they dispersed the protest. They held up placards calling for the respect of their rights and freedom. The event escalated when former Belize City Mayor Zenaida Moya was arrested, accused for the crime of Hosting an Unlawful Social Event. While she was processed inside the police station, protesters continued their rally against the vaccination. 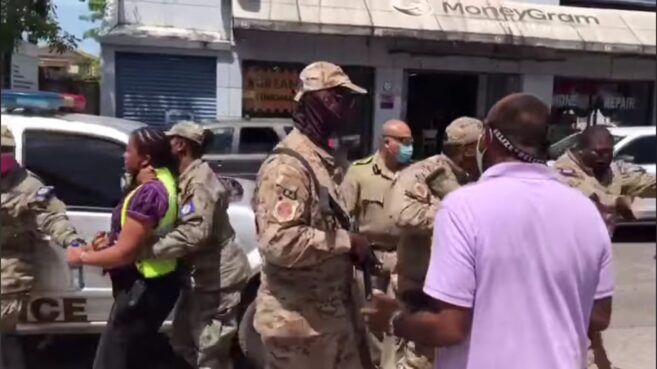 The people spearheading Free Belize will reportedly continue with their agenda. They called on those across Belize who are against getting vaccinated to join them. They asked supporters that if they meet opposition from the police, to be respectful and proceed peacefully. Supporters participating in their freedom drives are also asked to record/video tape any encounters with law enforcers.