Caye Caulker Councilor arraigned for the charge of Wounding 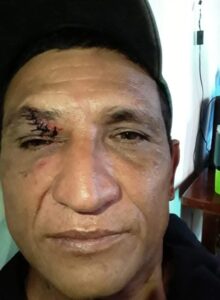 Councilor George del Cid of the Caye Caulker Village Council was arraigned in the San Pedro Magistrate after reportedly hitting a man in the face. He appeared in court on Tuesday, November 30th, and was charged for Wounding. He was offered $2,000 bail, which he met, and was ordered to return to court on February 17, 2022.

A video surveillance footage shows what is claimed to be Councilor del Cid driving a golf cart next to a shirtless man identified as Oscar Montoya. Del Cid appears to punch him with his left fist. Montoya is observed in the video holding his face and walks away. A photograph shared by Montoya shows he was injured above his right eye and received five stitches. 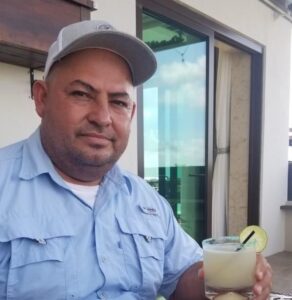 Montoya said that he is a businessman and has a small flower stall in Caye Caulker. According to him, on Tuesday, he was standing outside his business on the street side, when he saw del Cid approaching him in his golf cart. Montoya thought del Cid was going to run a joke on him but instead he has punched near his eye. Montoya said he did not do anything to offend del Cid or provoke him. Montoya explained that when he visited the police station, del Cid turned himself into the authorities. That same day, he was arraigned at the San Pedro Magistrate Court and was out via bail.

Montoya added that del Cid would constantly call him names, saying he was lazy and should find a job. In response, Montoya would ask him for a job. He now worries that doctors’ orders to not work due to his injuries will keep him from his responsibilities. According to him, his business could be affected by this incident.

Many islanders in Caye Caulker are now demanding del Cid’s resignation. This type of conduct from a community leader is unethical and islanders find it unacceptable. Attempts to get in touch with Del Cid were unsuccessful.