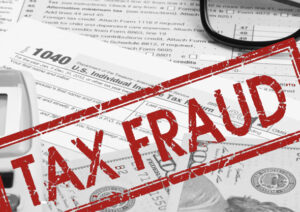 Island resident Thomas Johnson was extradited to Florida, USA, after being indicted by a federal grand jury in that state. Johnson, an American National, is facing 14 counts for allegedly helping to prepare and file false tax returns. He faces a maximum penalty of three years in federal prison for each count.

Johnson was arrested by San Pedro Police on January 19th at his residence in the San Pablo Area for immigration violations. He was escorted to Miami, Florida by U.S. federal agents the following day. Many people on the island know Johnson for his rental businesses. They were shocked to find out the businessman was detained and escorted out of the country for criminal offenses.

According to a release from the United States Department of Justice dated January 24th and in a copy of the indictment, it is alleged that between February 2015 and February 2017, Johnson had a business located in the Middle District of Florida through which he offered his services to clients to prepare their income tax returns. The report says that Johnson prepared and helped 14 persons file tax returns containing false, fraudulent entries as to taxpayer credits and deductions during that time. The Justice Department alleges these people paid Johson large sums of money for his service and required them to split the refund proceeds with him once they received their refund monies from the Internal Revenue Service.

As a result of those false statements, Johnson’s clients received tax refunds they were not entitled to, amounting to more than US$155,000.

Johnson made his first court appearance on January 21st in Miami. His properties in Belize are reportedly under management, and it is unknown what authorities will do with them.