On Wednesday, February 9th, island footballer Alexander Cobo, 18, and 24-year-old Luis Angel Coye, Police Constable attached to the San Pedro Formation, were both formally arrested and charged for the crime of Grievous Harm. A day later, they were both arraigned at the San Pedro Magistrate Court. The pair avoided jail time, meeting their $1,000 bail plus one surety in the same amount. The bail was offered under the condition that they not contact the complainant, any member of her family or prosecution witnesses, directly or indirectly. Coye and Cobo are also not to be within 100 yards from the complainant. 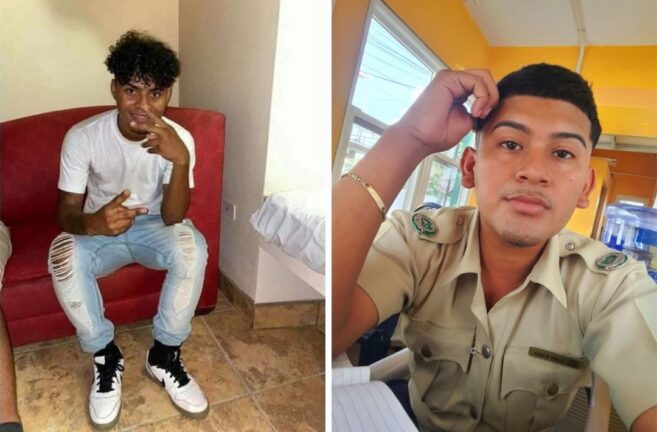 An official report from police stated that on December 31, 2021, Danielle Gonzalez, 23, went out socializing with some friends. Hours later, some time after mid-night, Gonzalez arrived at a friend’s house in the San Juan Area of the island. She reported several persons standing outside the house. Two of them were Coye and Cobo. The report says they approached Gonzalez and started insulting her. The confrontation escalated to physical assault when Gonzalez was shoved in the face and her attackers beat her in the right foot.

Following the incident, police issued a pair of medico-legal forms to Gonzalez, and a medical officer classified her injuries as grievous harm. No motive was identified. Unconfirmed reports are that the attackers were under the influence. Gonzalez was reportedly rushed into surgery as her foot was fractured as a result of the assault.