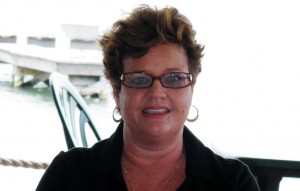 Over the past two years the Melanie has been responsible for the presidency of the very prestigious San Pedro Lions Club. Under her presidency the Club improved by leaps and bounds in many aspects; being actively involved in many humanitarian events, community activities and projects. It is with this Community Based mentality that Melanie Paz has made this decision to represent the island and people that she loves so much in the upcoming municipal elections.

With the slogan “No Politics, Just Business for a Better San Pedro” Melanie hopes to start making one on one visits with residents of San Pedro, not to make promises but to listen to the needs and suggestions of the people she hopes to represent. In her release she stated, “I have never had any political aspirations, and have surprised even myself that I am embarking in this challenge. My campaign will not be about promises. As the old adage goes, promises were made to be broken. I can, with all conviction, say it will be about commitment and I believe that my track record proves that is what I am about.”

After quoting President John F. Kennedy “Ask not what your country can do for you, but what you can do for your country,” she commented; “I firmly believe that in joining forces with the people and working along with them, a great deal can be accomplished. The outcome of the election will prove what the people truly want. To the people, I say, choose wisely, it is your future and that of the island that is at stake.”