The three Mayoral Candidates contesting the 2015 Municipal Election on the island participated in a Mayoral Debate on Monday, February 23rd. The debate was organized by The San Pedro Sun and Reef TV. Held at the Lion’s Den shortly after 7PM, the debate saw the candidate’s addressing issues affecting the community before a crowd of over 140. The debate was also televised simultaneously on Reef TV/Radio on channel 20 and Reef Radio at 92.3 FM.

Eiden Salazar was the Master of Ceremonies, while Tamara Sniffin was the presenter. Before starting the debate, the candidates were allowed five minutes to introduce themselves. Representing the People’s United Party (PUP) was Dr. Giovanni Solorzano. Incumbent Mayor, Daniel Guerrero represented the United Democratic Party (UDP), while the Vision Inspired by the People (VIP) was represented by Robert “Bobby” Lopez.

The debate was composed of eight question, with candidates being allotted three minutes to answer. The issues highlighted in the questions included crime, education, garbage, development, culture, sports, transparency and accountability.
The first question asked candidates what part of the team the Mayor plays and what can he do to assure that the team is successful. Solorzano indicated that the Mayor plays the role of the leader, but that at the same time every person on the team plays a significant role. “Each person in my slate plays a very important role. They all have roles in the community as well, but together we make a team. When united we make the team strong and are able to get things done,” said Solorzano. Guerrero said that his team is like a family, united. “I have always been very open to team work. United we can bring out ideas together. I gave a portfolio to an Opposition councilor that proves that I’m open to anyone,” said Guerrero. Lopez indicated that the VIP slate practices leadership all around, as every member of the team plays a vital role and is a leader within themselves. “If elected we will abide by the Town Council Act and all meetings between the Mayor and councilors will be open to the public. Democracy is only alive if the community is participating. We need to work united as one. I will ensure that every one is included,” said Lopez.

The second question addressed crime and asked the candidates what efforts they will take to make the streets safer. While Guerrero stated that policing is out of the jurisdiction of the council, they still do everything within their power to assist in reducing crime. “Even so the town council is always there assisting. Crime is all over the world and is everyone’s business. The people need to get involved in policing the community. If the community is not cooperating and working together with the police and the leaders, we will never be able to control crime,” said Guerrero. Both Lopez and Solorzano agreed that in order to fight crime, the community need to come together and assist the police. 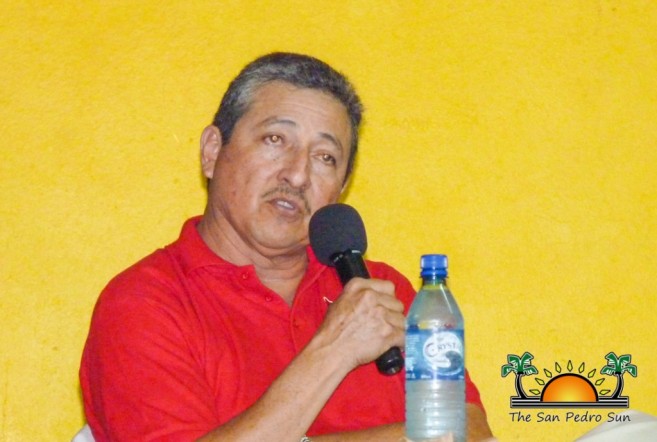 When answering the question on education and what steps can be taken by the council to ensure that all children on the island attend school, Lopez suggested the shift school system. According to Lopez, the shift system will eliminate the need for more classrooms, instead schools will operate in two shifts: morning and afternoon. “With the shift system we don’t have to invest in infrastructure because the buildings are already there. We just need to hire more teachers to work the shifts. More children will be able to go to school because there will be available space,” said Lopez. Both other participants also expressed concern on the issue and stated that under their administration measures will be place to provide education to all island children. 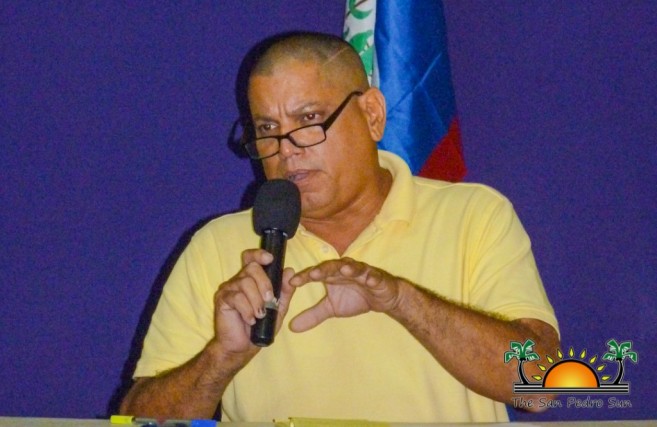 One of the most pressing questions was the use of garbage as landfill. While both Lopez and Solorzano emphasized that garbage should not be used as landfill and that residents need to be taught to sort their garbage for proper disposal, Guerrero indicated that using landfill as garbage is needed for this island to grow. “We want both other parties to come up with a feasible plan to fill in land. Because it is costly. I care about the reef system but unfortunately the population of San Pedro is growing too quick and we need land to fill. We will continue to develop land with trash, we just have to be mindful of what trash we use,” said Guerrero.

All three candidates agreed that the Master Plan needs to be implemented as development in the island is not being controlled. They each stated that they would attempt to finalize the Master Plan if elected. Another issue addressed was carnaval and how to preserve the culture without losing its main elements but improving it. Guerrero stated that carnaval can be made into a tourism attraction and that under his council, [new] regulations, will be implemented to better carnaval and promote it as a fun activity for tourists. The candidates also agreed that more recreational activities need to be made available, but for children and adults. Solorzano indicated that under his administration they will not only promote sports but a variety of activities. “We have a unique community with talented people. We promote everything from swimming to drama. We will also be providing activities for children with special needs. They need activities too and our council will provide it to them,” said Solorzano. 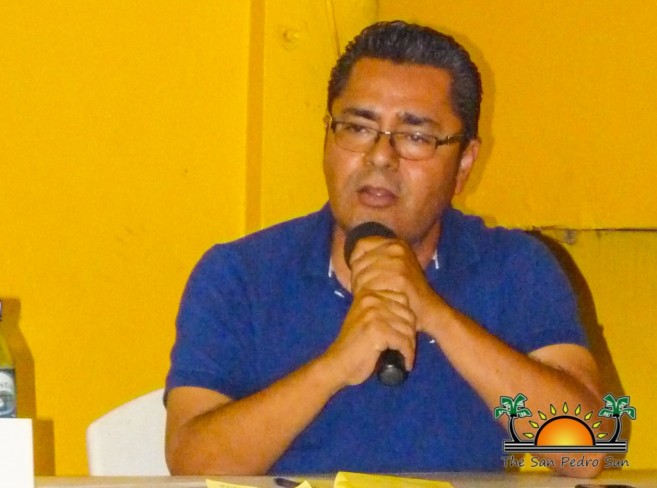 The most controversial question was on transparency and accountability. Solorzano stated that unlike the incumbent council, under his administration, audits will be made available to the public regularly. “We believe in doing a public report to the people. It is their money and they need to know how it is being used. I will present a declaration of assets and liabilities for the council as often as required,” said Solorzano. Guerrero stated that while the opposition continuously criticize administration on audit report, he has always done everything required by the laws of Belize. “We have been highly criticized when it comes to an audit report. But we are doing everything that a government requests and are providing all the reports needed. The San Pedro Town Council is the best at managing their finance. We are working as the biggest charity organization on the island, we help everyone with the money we have. We may not have a surplus but we break even and ensure that the economy is simulated,” said Guerrero.

Lopez maintained his stance on having an open policy in the council and ensuring that the people know how their money is being used. “Under the VIP, everyone will be able to see how we spend the money because it is the people’s money. We do not intend to spend more than we have because we do not want to owe no one. Under my administration we will have budget for everything and will ensure it is kept. To have transparency and accountability the people need to be able to know how their money is being spent,” said Lopez.
After all eight questions were answered, each candidate was allowed time to deliver closing remarks. 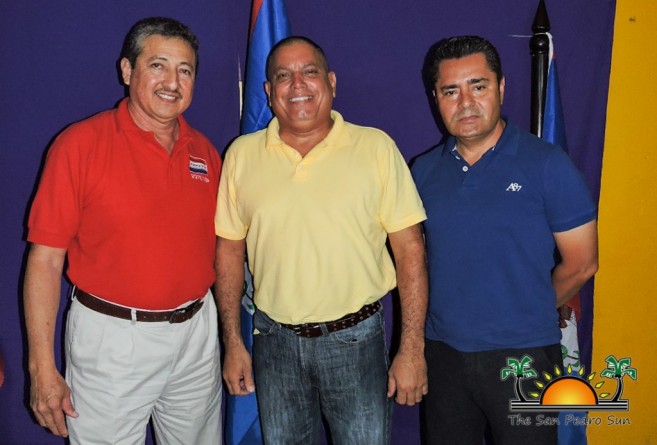 Organizers would like to thank the three Mayoral Candidates and all those who attended for making the debate a success. San Pedro Town Council Elections are scheduled for Wednesday, March 4th.