Home » Politics and Government » Belizeans officially heading to the polls on November 4th!

Belizeans officially heading to the polls on November 4th!


The Belize electorate is gearing up to go to the polls once again, as Prime Minister Dean Barrow has announced that General Election will be held on Wednesday, November 4, 2015. The announcement was made on Monday, September 28th during a press conference in Belmopan City. Barrow had petitioned Governor General His Excellency Sir Colville Young to dissolve the National Assembly in order to proceed with the nomination, campaigning and election process. Friday, October 16th has been set as Nomination Day when each of the contesting parties will present their slate. 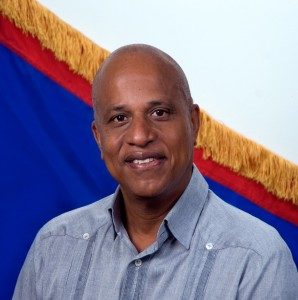 In his speech, Barrow highlighted the continuation of development as the reason to call general elections early. “When you turned to the United Democratic Party (UDP) and gave us your confidence in 2008, it was for us to fix all that had gone so horribly wrong in the decade of misrule since 1998. And so for almost eight years now, my team and I have striven to clean up the mess we inherited, while simultaneously transforming the lives of the Belizean people,” stated Barrow. According to sections 84 and 85 of the Constitution of Belize, the dissolution of the National Assembly needs to be made three months prior to the election date, but with the approval of the Governor General, Barrow was permitted to do so with only a five week notice.
“Having secured this period of restoration, I believe the time has come to ask you for a fresh mandate. The clean-up having been completed, the UDP must focus now exclusively on the positive, on forwarding opportunity and change. A new Belize must burst forth, where progress, prosperity and stability can reign untrammeled… To forge ahead, to strike out in different directions, to fertilize this new bloom of change and advance and inclusion, we must re-inscribe our compact with the people,” said Barrow. 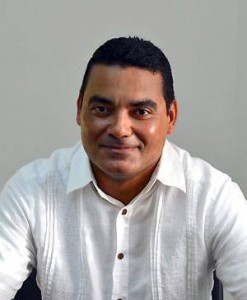 Facing yet another early election, leader of the People’s United Party (PUP) Francis Fonseca has stated that this time around the party is ready. “We have been getting prepared. We are ready in terms of the machinery. We have been working diligently on that issue and the preparations for the Power to the People Tour across the country, has energized our party. Already today we have had many calls from supporters, business people who want to contribute and support the work of the PUP and the money will be there to fight this election over the next five weeks. Over the next five weeks we will be travelling across the country. We will be holding public rallies in each district. We will be unveiling our policy papers on health, on economic reform, on governance reform. Of course as always we will be unveiling our manifesto,” said Fonseca.
Fonseca went on to question Barrow’s decision to call an early election, citing issues within the UDP administration. “We ask, why the sudden urgency? Just a few weeks ago, the Prime Minister hinted that elections would not be until next year February or March I think he said. So the question is why? Why the sudden urgency, and we believe the answer is very clear, there are looming crises facing the Belizean nation and people. The Petrocaribe monies are drying up. The banking system is in trouble. There are so many serious problems and of course there are other issues facing the government internally that we are aware of, that I think will come to the forefront very shortly, and all of these things I think have led to this early unexpected call for elections more than a year early than they are due,” said Fonseca. 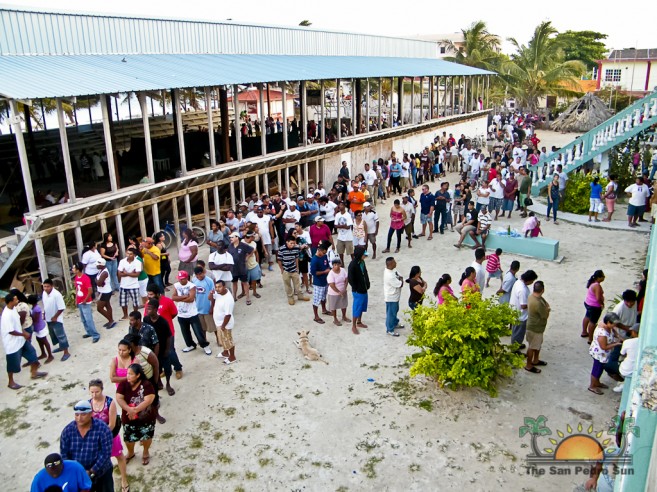 The Governor General has since issued a Writ of Election. Polls will open at 7AM and close at 6PM on Wednesday, November 4th countrywide. Section 57(1) of the Representation of the People Registration Rules states “The persons entitled to vote at the election of a divisional representative shall be those persons whose names appear on the register for that division as existing on the Nomination Day.” Only persons who are registered on or prior to Thursday, September 10th are eligible to vote in the General Election. The Registers for each of the Electoral Divisions are posted at the Elections and Boundaries office countrywide.
Barrow is a second term Prime Minister. He first came to power in February 7, 2008 when the UDP won the elections with 25 out of 31 seats, taking control of the government over the PUP. Leading up to his second term, Barrow called elections one year before the designated five year term on March 7, 2012 where the UDP yet again gained control of the government but by a slim 17-14 majority. This time around, General Elections were slated for 2017.

Belize is divided into 31 constituencies with the leader of the party who wins majority of the seats becoming Prime Minister. Dean Barrow remains the leader of the UDP, while Francis Fonseca is the leader of the PUP. San Pedro and Caye Caulker fall under the Belize Rural South Constituency, which is being contested by incumbent Manuel Heredia Jr. for the UDP, and Elito Arceo for the PUP.