In an effort to reach out to the island community and find out the troubles affecting them, the San Pedro People’s United Party (PUP) municipal slate met with some of the Taxi Associations on the island on Wednesday, December 6th. The meeting was held at the Sunbreeze Hotel where PUP Mayoral candidate Andre Perez and his team discussed some of the issues the taxi operators are experiencing on Ambergris Caye. 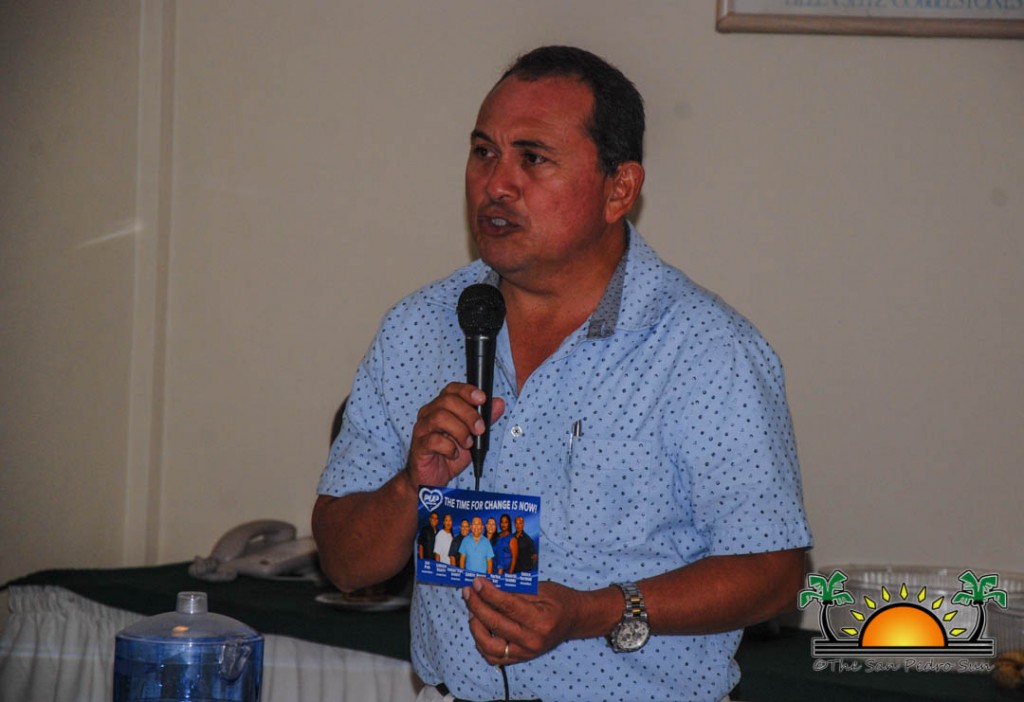 During the gathering, Perez on behalf of his team (Ian Pou, Ruben Navidad, Undina Graniel, Dianelie Aranda, Johnia Duarte, and Marina Kay) committed to addressing the many challenges the taxi drivers experience on a daily basis on the island. “You are very important for our tourism industry,” said Perez. “You are the first persons most of the visitors to the island see upon their arrival, thus, it is very important to work along with you all.”
Perez stressed on the road conditions in San Pedro Town and reiterated that if elected as the next Mayor of San Pedro, fixing all the streets will be a top priority. “The deplorable road conditions are affecting many of the taxi operators and that is why I keep believing that a permanent solution, like paving most of the streets on the island, especially Marina Drive would greatly benefit our residents,” said Perez. He added that it is a costly development, but San Pedro being the prime tourism destination in the country needs such infrastructure and it is possible. 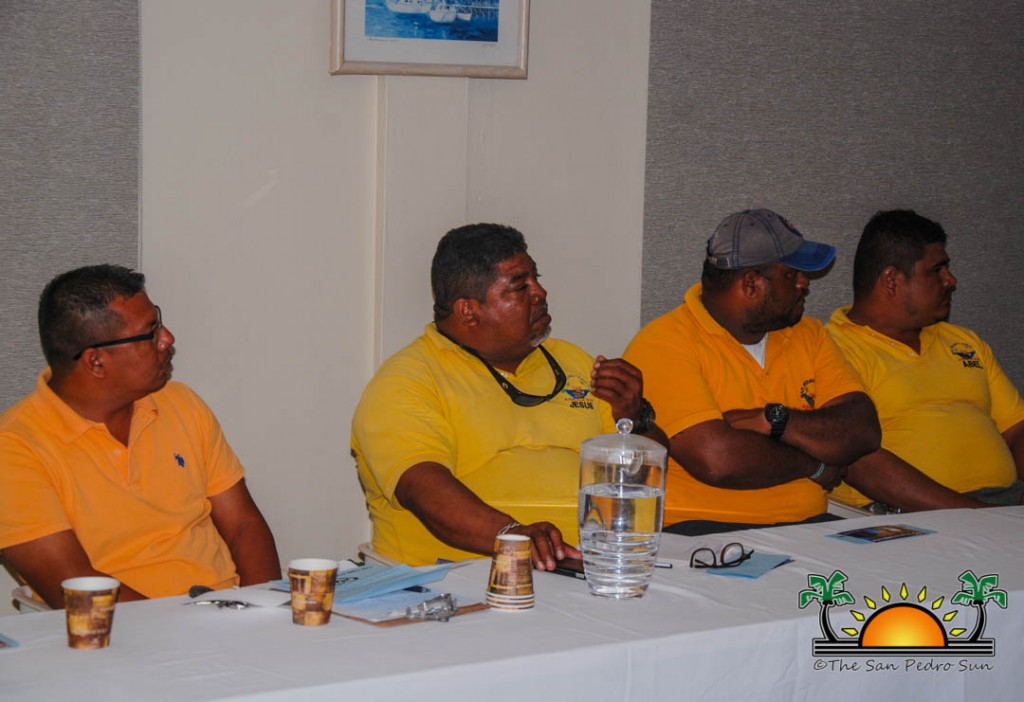 Another topic discussed was the increase in vehicles and golf carts on the island. According to Perez traffic is terrible on the island with islanders, tourists and the taxi operators facing difficulties when driving in the town core and finding a parking area. Perez spoke about the implementation of a moratorium on the importation of vehicles to the island in order to alleviate the vehicular congestion in town. He admitted that it might be challenging as other governmental authorities may try to intervene, however, Perez and his team have committed themselves to work for the people of San Pedro.
At the end of the presentation, many of the taxi operators representing the various taxi associations voiced their discontent with the issue of designated parking areas. They also complained about the lack of unity with other associations and the need for the local authorities to intervene to find a fair solution. The taxi drivers at the meeting stated that everyone should work together, especially during the high tourism season when the designated taxis at the different ports of entry cannot handle the influx of visitors. “Yet they are rude to us when we would try to assist them with some of the guests,” said one taxi operator. 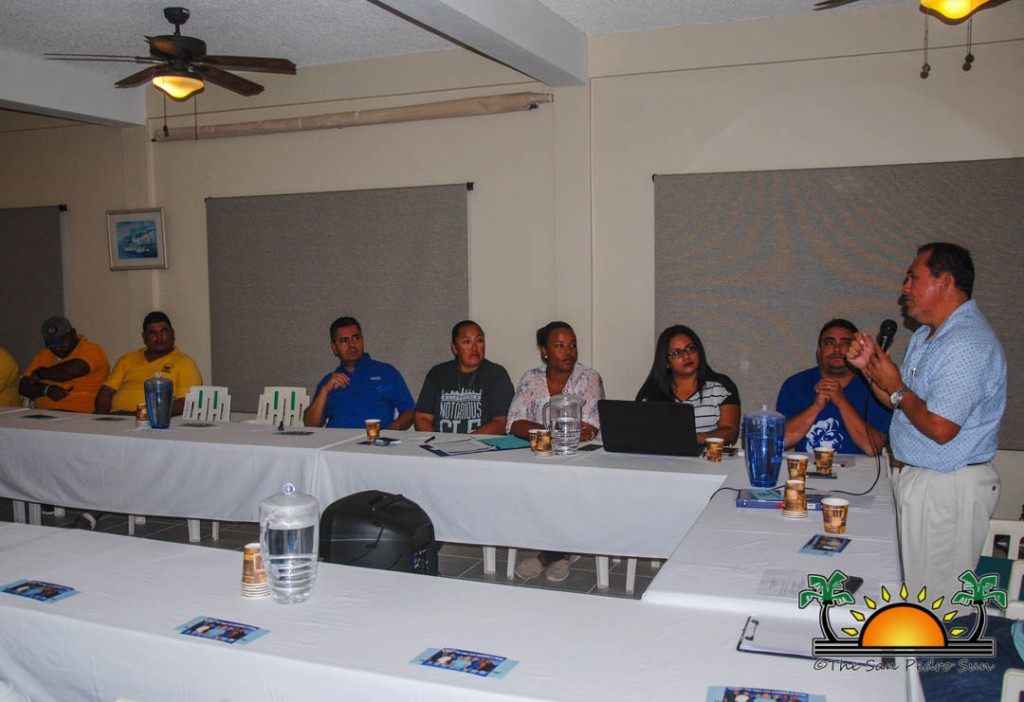 “They don’t want to share nothing with anyone else. We understand that is their designated areas, but whenever it is too much for them, why not unite together and get the job done well instead of being too greedy.”
The taxi drivers strongly agreed on the issue of limited parking areas when picking up or dropping off customers. They claimed that at times wardens from the San Pedro Traffic Department unfairly give them tickets for dropping off or waiting for guests. “There is no order, and the wardens should know better that we struggle to find parking areas, and when we do so, is not for long periods. We are just doing our job, they should not be picking on us so much, because again, too many vehicles on the island and not enough parking areas,” said a concerned taxi driver. 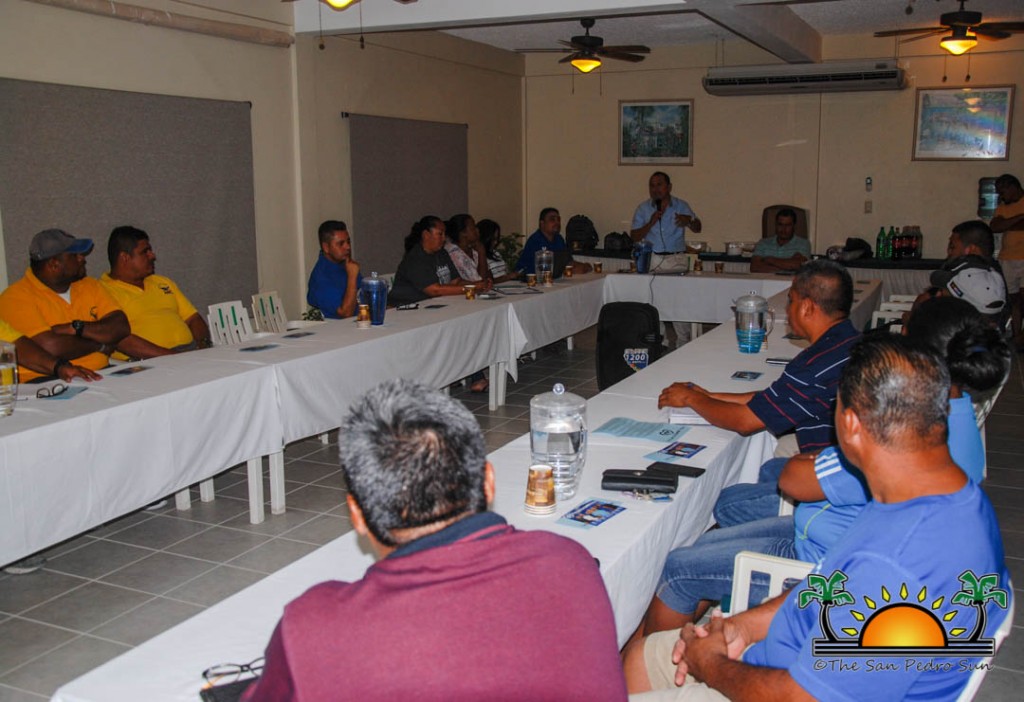 Other issues raised were the situation with the many golf cart rental businesses on the island. According to the taxi operators, they parked their carts on both sides of the streets taking up most of the parking spaces in the downtown area. They believe that such establishments should have their own parking areas instead of taking up street space, especially on the busy lanes in the town core.
Perez and his team acknowledged all these complaints and made a commitment to bring the necessary changes if elected after the upcoming municipal elections in March of 2018.
The PUP group aspiring for the island leadership thanked everyone for attending. They deemed the reunion to be very productive and for the next two months, they plan to engage the different sectors of the island population in similar meetings in order to better understand their challenges and find constructive solutions for everyone on Ambergris Caye.