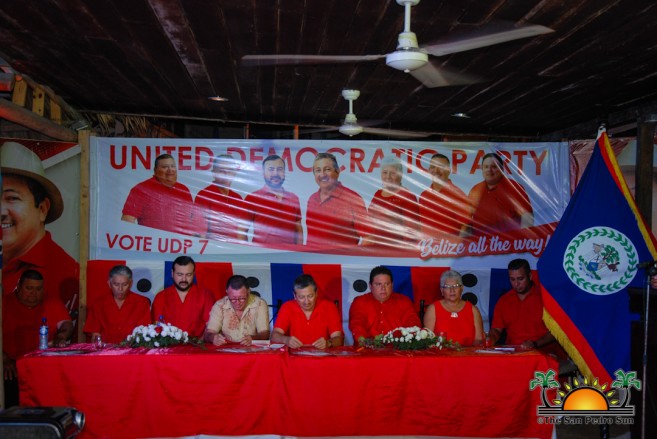 The United Democratic Party (UDP) San Pedro Town Council slate launched their manifesto on Thursday, February 8th at El Patio Restaurant in downtown San Pedro. With municipal elections less than a month away, the event served as an opportunity to briefly summarize the accomplishments of the current administration and what the island can expect if re-elected for an additional term. Mayor Daniel Guerrero, his councilors, along with UDP Area Representative and Minister of Tourism and Civil Aviation Honourable Manuel Heredia Jr., addressed a large audience of supporters, pledging to the well-being of the island community based on their campaign motto ‘Improving Lives.’ 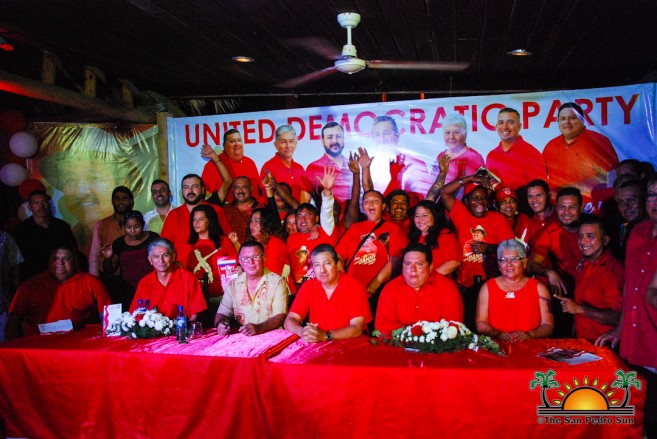 Master of Ceremonies, Jorge Aldana officially opened the event shortly after 7PM welcoming the attendees. After an invocation by Ivette Ramirez and intonation of the National Anthem, Guerrero delivered the welcoming address. He stated that their campaign is looking excellent and that the possibilities of being re-elected for a consecutive, third term are very high. “The work ahead is very intensive, but one that we can easily manage,” Guerrero said. “People on the island like the way UDP manages and how it cooperates. San Pedro is a red town and there is no way that it is changing color for a good while. The San Pedro Town Council is moving in the right direction and I must admit, together with my councilors, that there is a gap for improvement and we will continue working towards better improvements.” Guerrero mentioned that the island is moving towards higher standards and that there is no need to change the present Council for a change to take place on the island.
Following the welcome address, each councilor took to the podium to speak about their portfolios. 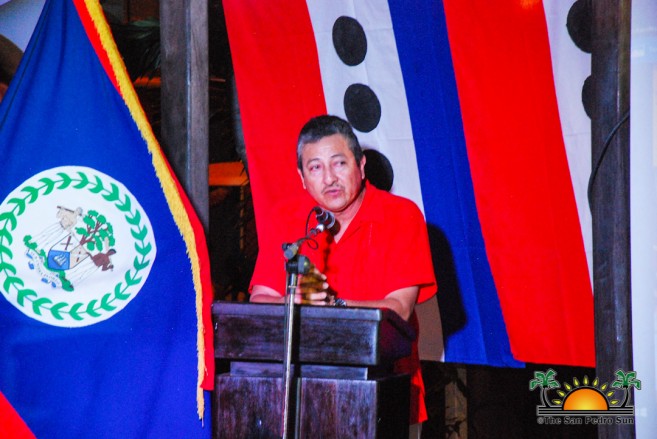 First was Councilor Candidate Severo Guerrero, who leads the area of Infrastructure. He stressed that for the past three years, they stood to their commitment to enhance the infrastructure on the island. “We accomplished the construction of a second road artery that runs parallel to the San Pedro Airstrip connecting the south part of town to the downtown area,” he said. “There was also an expansion of proper electrification and water to the San Mateo and Eiley Subdivisions, connecting over 500 households.” Guerrero also mentioned the investment of over $1 million in sewer expansion for the Boca del Rio Area, a complete renovation of the Sir Barry Bowen Bridge, and the expansion of road projects north of San Pedro Town, and boosting the tourism and building industry. For the next three years, Guerrero is expecting the expansion of water, electricity, and sewer in the newly developed areas of the island, conduct proper flood mitigation studies and implement recommendations that will minimize flooding. The reclamation of public beaches from downtown to the Boca del Rio Park, and open and connect new roads to improve traffic flow on the island are other plans he intends to deliver on. 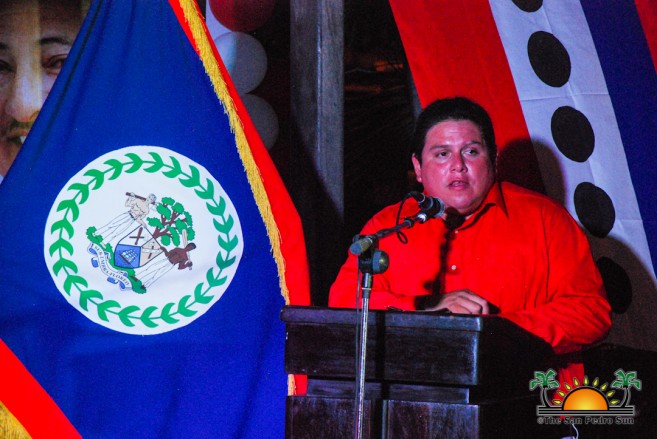 Councilor Candidate Ruben Gonzalez, in charge of Socio-Economic Development, spoke about the accomplishments in the provision of training and seed capital investment to over 50 at-risk women. The establishment of the San Pedro Artisan Market Area was also another project done under his watch, along with the opening of a local Economic Development Office that is geared in providing advice and guidance to new businesses, and a Child-Friendly Office that integrates the Children’s Agenda into the overall development of the island. Gonzalez pledges that for the next three years if re-elected, the Artisan Market Area will be improved, complimented with the construction of a food court and the implementation of a third phase of the project, which includes training and cultural entertainment. He also intends to work closely with BELTRAIDE under the council’s Memorandum of Cooperation to conduct training that will help to strengthen human capacity and resources. Another item on his agenda includes the creation of a business-friendly environment that supports new and emerging development. 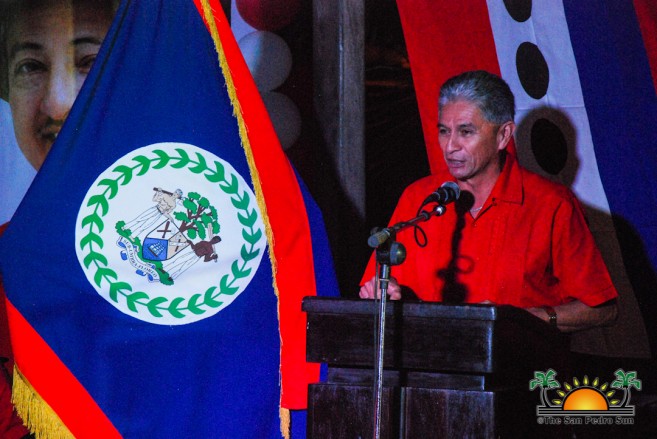 On the portfolio of Traffic and Public Safety, Deputy Mayor, Gary Grief, spoke about the accomplishment of a developed traffic flow study on the downtown area and a taxi operational manual that will be used as a guide to help manage traffic on the island. Grief also stated that among his accomplishments, there was an increase in human resources in an effort to better manage traffic, particularly in key areas of the island. This included school zones in particular. “We also collaborated with police to install police booths and solar lights in strategic areas, and as well equipment was provided,” Grief said. For the next term, Grief expects to extend the traffic management service into the nighttime hours for continued traffic control. “We are also looking forward to pedestrianizing a corridor from the downtown area to the Boca del Rio Beach to help make our town pedestrian friendly,” he said. “We will also implement a vehicular inspection program to ensure that vehicles are street worthy and train traffic wardens in customer service and public relations.” 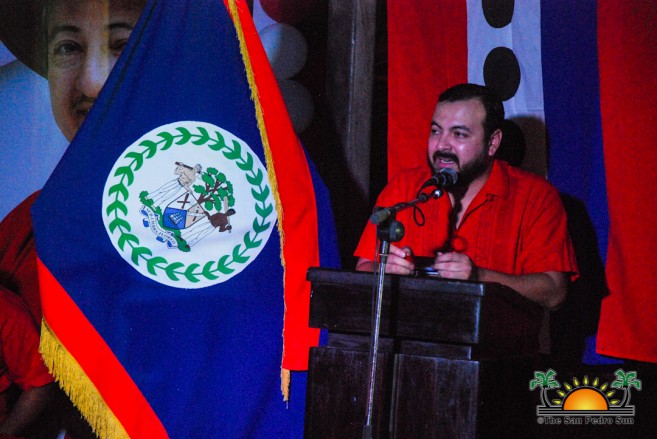 In the Sports and Lifestyle portfolio, Councilor Candidate Hector ‘Tito’ Alamilla boosted on the accomplishment of the FIFA Standard state of art Ambergris Stadium. The construction of a basketball court of Nurse Shark Street to involve at-risk youth into positive activities, was also another goal met. “Among other projects, we managed to have sporting activities all year for males and females of various age groups in the areas of volleyball, softball, basketball, and football,” said Alamilla. “Our next plans are to expand sporting programs to include non-physical sports such as billiards, darts, and chess tournaments,” said Alamilla. “We will continue to foster and embrace existing and emerging festivities and secure funding for the acquisition of an incinerator that will treat and dispose of biohazardous waste on the island.” Alamilla also mentioned that the island deserves a multi-purpose sporting complex and pledged to approach the corresponding governmental authorities on the topic. 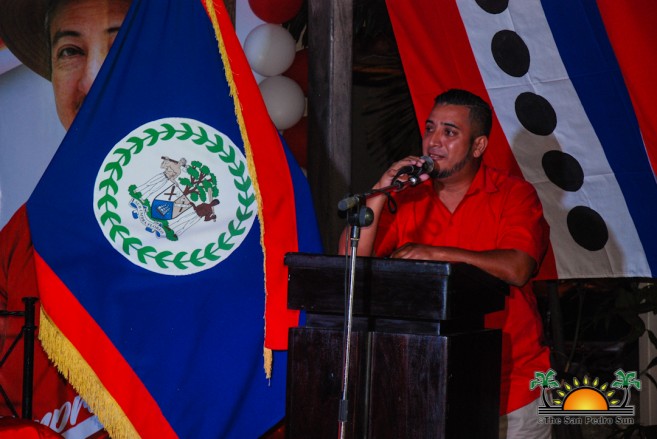 Councilor Candidate in charge of Sanitation and Environment, Gabriel ‘Gaby’ Nuñez reported that the fleet of garbage compactors and dump trucks has seen a significant increase. “We have also hired more personnel to maintain and upkeep public areas, beaches, streets and improve garbage collection services,” said Nuñez. He also mentioned about the full implementation of the National Solid Waste Management Project by the construction of the garbage transfer station south Ambergris Caye. Nuñez also claimed to have conducted and supported several clean-up campaign initiatives along with a detailed Green Action Plan. “In the next term, we look forward to working along with the Department of Environment for a complete ban of single-use Styrofoam, plastic containers, and plastic bags. At the same time take steps to adopt recommendations in the Green Plan for San Pedro,” said Nuñez. He also pledges to improve living conditions for tenants by enforcing regulation of housing standards. He ended by mentioning the introduction of a new garbage bin project. 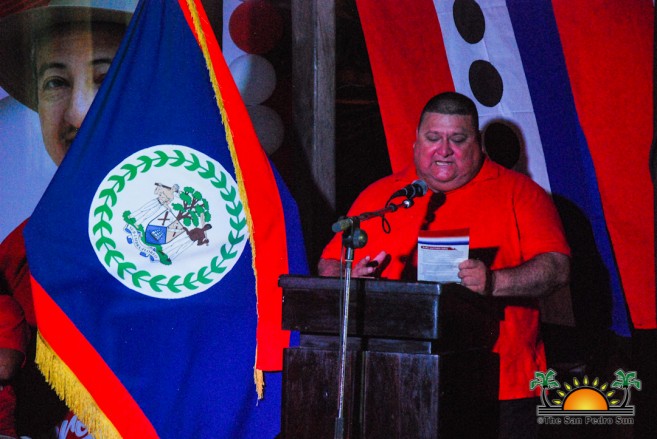 Heredia commended the different presenters and told them that the manifesto is achievable as it has many similarities with the plans from Central Government. He pledged his support for the San Pedro UDP town council slate. “We will continue work for the development of this town, and with the right management of this council for the well-being of everyone,” Heredia said. “We are here to work for you and address all the issues affecting us,” Heredia emphasized that the UDP is here to work with everyone as the party is for all Belizeans without exceptions. 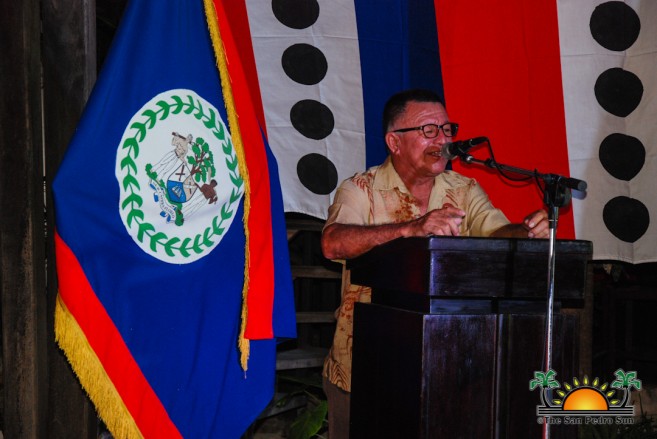 Councilor Candidate Flora Ancona gave the closing remarks thanking everyone for their support. She encourages everyone to continue supporting the party, to believe in them and that come the day of elections to give them another chance to continue working for the people of San Pedro. 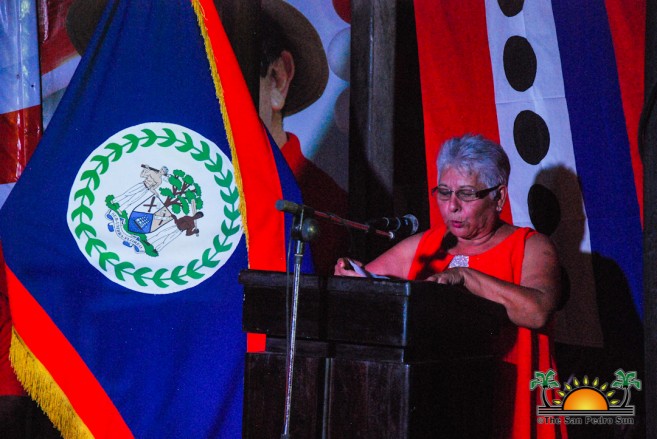 After the event, supporters mingled with the candidates while enjoying refreshments and drinks.

Opinion: The future of Belizean citizens and their country are at risk in this upcoming general election