Amidst the controversy of the recent municipal elections in San Pedro, whereby the People’s United Party (PUP) is contesting the results at the Supreme Court for a new election, the United Democratic Party (UDP) swore in the newly elected San Pedro Town Council (SPTC) on Tuesday, March 13th. In a short ceremony held inside the SPTC conference room before invited guests, the 2018-2021 SPTC, comprised of Mayor Daniel Guerrero and his six Councilors (Gabriel Nuñez, Severo Guerrero Jr., Flora Ancona, Hector Alamilla, Ruben Gonzalez and Gary Grief) pledged to uphold all the laws and regulations of Belize and San Pedro Town and work hand in hand for the well-being of the island community. 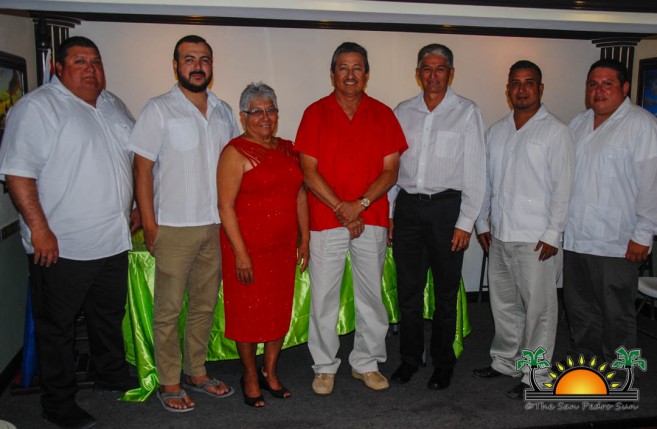 The event began shortly after 7PM, and after an invocation by Pastor Clive Welsh, it was announced that Ruben Gonzalez was elected as the new Deputy Mayor. Afterwards, each of the SPTC members swore on the Holy Bible to exercise his/her power and perform the duties given to him/her in the best interest of the residents of San Pedro Town. One by one they repeated the oath and signed the pledge. 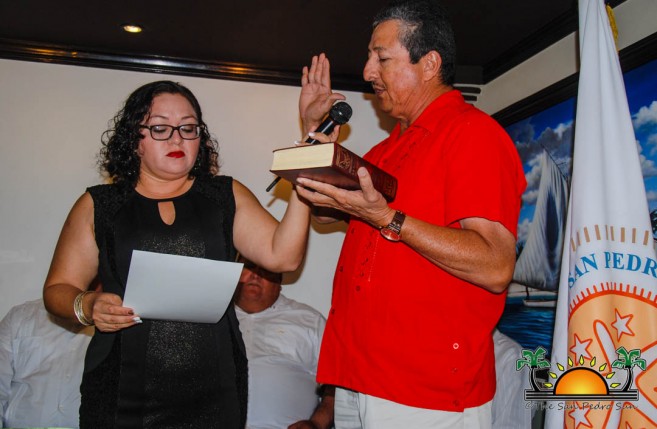 After the signing, each of the Councilors portfolio including the Mayor’s was read. Mayor Guerrero will be in charge of Finance, Foreign Relations, Communication and Consultations Services and Town Barracks. Deputy Mayor Ruben Gonzalez will in charge of Economic Development, Revenue Collection, Transports and Education. Flora Ancona, the only female Councilor, will manage Public Events, Human Development, Women’s Affairs and Non- Governmental Organizations. Meanwhile, Councilor Gabriel Nuñez will be overseen Public Utilities, Community Protection and Safety, Waste Management and Sanitation along with the National Emergency Management Organization (NEMO), while Councilor Severo Guerrero’s portfolio will consist of Civic and Infrastructural Development, Health, Building Unit and the Ambergris Caye Master Plan. The portfolio of Sports, Culture and Leisure, Youth Development and Community Beautification and Upkeep fell into the hands of Councilor Hector Alamilla. The last list of duties read were those of Councilor Gary Grief’s portfolio, which includes Tourism, Environment, Public Relations, and Customer Services. The assigned portfolios are subject to change by the Mayor at the end of the year or whenever necessary.

Before the ceremony wrapped up, Mayor Guerrero addressed the audience thanking them for their attendance. He asked his elected Councilors to work harder than ever. “We got a wake-up call,” said Guerrero. “Is time for us to unite, members of the family I ask you to bring all your friends to the party. We need to organize and get strong. We worked hard and we need to work harder.” Guerrero referred to the results on his UDP Town Council Slate received at the March 7th Municipal Elections stating that the tight results have just energized his team to work harder. 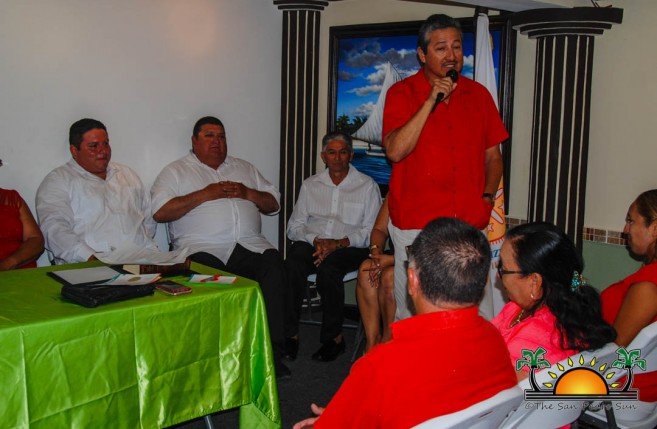 UDP Area Representative Honourable Manuel Heredia Jr., agreed that the close results of the Municipal Elections were a wakeup call for his party. “It was not an easy fight, but they were successful,” said Heredia.” Let me say that the PUP can jump high and low, elections are over and this is what remains for the next three years.” He ended commenting to the PUP’s questioning of the election’s results. “Come 2020 they can give us another fight, but for now this is the official result and it will remain as such.” 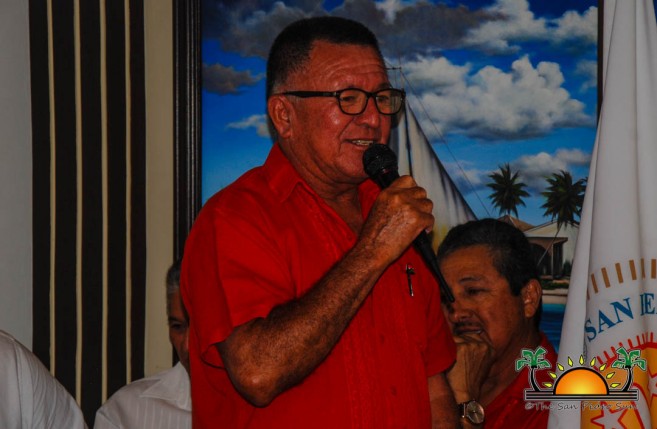 The San Pedro PUP has launched an investigation in order to reveal several discrepancies in the March 7th Municipal Elections. According to their probe, there are 275 unaccounted ballots, which calls for a strong case to be taken to the Supreme Court in Belize City and appeal for a new election process in San Pedro. This process is said to take weeks before a verdict can be delivered by a judge.
The newly installed town council will hold a victory rally on Saturday, March 17th at the Central Park. Everyone is cordially invited.