Party Leader of the People’s United Party (PUP) John Briceño travelled to San Pedro Town on Thursday, October 29th, where later in the evening he presented his party’s tourism plan. Briceño said that it was more than appropriate to present such plan on the island which is considered the prime tourism destination in the country. Briceño also took advantage of the visit and did some campaigning ahead of the November 11th General Elections with his PUP Standard Bearer Andre Perez, who will vying to become the next Area Representative Belize Rural South (BRS)-comprising of Ambergris Caye, Caye Caulker and St. George’s Caye. 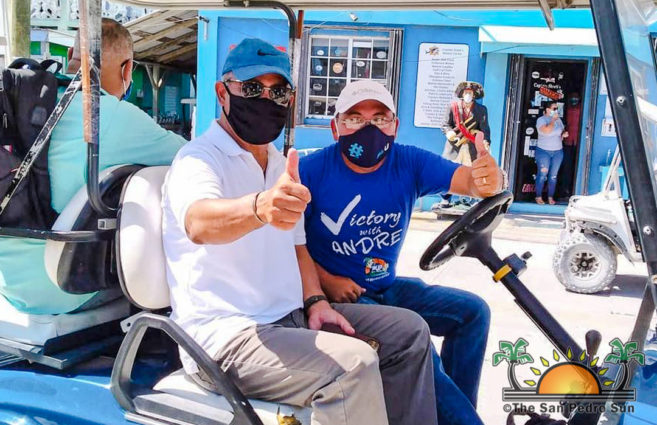 Briceño arrived aboard Maya Island Air after midday and was greeting by Perez and the PUP BRS team. In a small motorcade they took to the different areas of San Pedro visiting homes and spending time with their fellow supporters. He went to the subdivisions and ended up in downtown San Pedro. 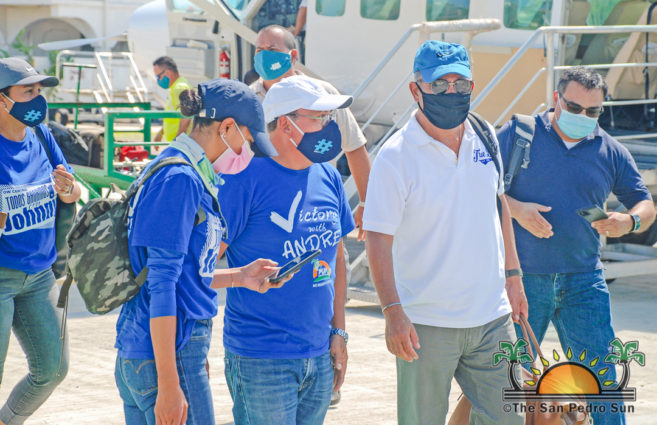 The party leader’s message to the people of BRS is one of hope and encouraging them to not give up although they are going through a very difficult time. Briceño committed to do what according to him, the ruling United Democratic has failed to do. This is the failure to build a hospital on the island, the creation of jobs, alleviation of poverty and stopping corruption.

He commended Perez, who he believes will deliver for BRS. Perez shared that his hard work continues and that he believes BRS is strongly supporting his party, and come November 11th, there will be a new government and Area Representative under the PUP party.