After Tropical Depression Eta brought devastating floods to the central and southern Belize region, allegations of the possible postponement of the November 11th General Elections spread on social media. Prime Minister Right Honourable Dean Barrow dismissed the rumours on Saturday, November 7th during a virtual press conference, saying that there are no provisions for such a postponement in the country’s Constitution, except in extreme circumstances caused by a major natural disaster like a Category 5 hurricane.

Barrow was flanked at a head table by other government officials, including newly installed ruling United Democratic Party Leader (UDP), Honourable Patrick Faber. The new UDP Leader agreed on the decision to continue with the General Elections, acknowledging that political parties may work overtime to get electorates to the polls.

The Prime Minister addressed the fact that some voters may still be inconvenienced with the current floods and not be able to get out to vote. He said that if there is the need to have official agencies of the governmental agencies helping people get to the polls, it will have to be done in a manner that will not be seen as running afoul of any of the two major parties. “We sure have to at least contemplate doing something official to assist people to get to the polling stations. But the logistics will have to form [based] on meetings and discussions between the Leader of our United Democratic Party and the Leader of the People’s United Party,” said Barrow. He added that there is no disrespect to the other political parties, but that he mentioned only two because they are the major political groups in the country. 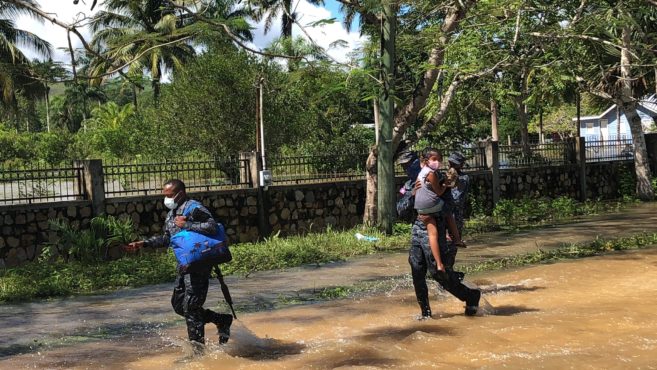 In the meantime, Barrow said that the country will count with its international allies, who have been in touch Belize’s Ministry of Foreign Affairs to provide any assistance needed. This include the United States of America, Mexico and other international financial institutions. Others groups assisting those affected by the flooding include the British Army Training Support Unit Belize (BATSUB). The Belize Defence Force is currently working along with BATSUB with search and rescue operations.

In addition, Minister of National Security Honourable Michael Peyrefitte, added that the BDF and the Belize Coast Guard are also working together in central and southern Belize. Peyrefitte said that his office is following those operations and coordinating with village leaders in the distribution of food and water under the COVID-19 safety protocols established by Ministry of Health.

Who will be the next PUP Party Leader?