« Older: PUP sweeps the 2020 General Elections 26-5; Andre Perez unseats Manuel Heredia Jr.
Newer: » Belize has a Blue Economy Ministry; where did it emerge from, and what is it about?


Area Representative for Belize Rural South (Ambergris Caye and Caye Caulker), the Honourable Abner Andre Perez, was officially sworn in on Monday, November 16th, and since then has been interacting with personnel at his assigned Ministry of Blue Economy and Civil Aviation. 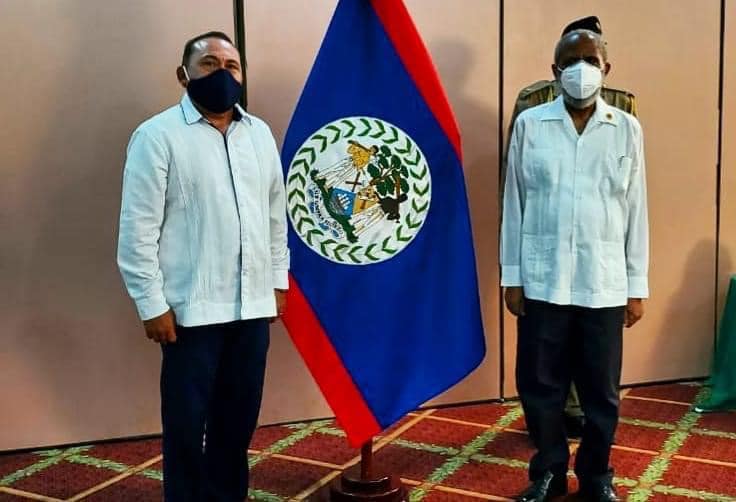 The successful businessman now in government is pledging to work hard and deliver for the islanders. To start that process, Perez paid a visit to the San Pedro Town Council (SPTC), which is run by an administration attached to the Opposition, the United Democratic Party (UDP). 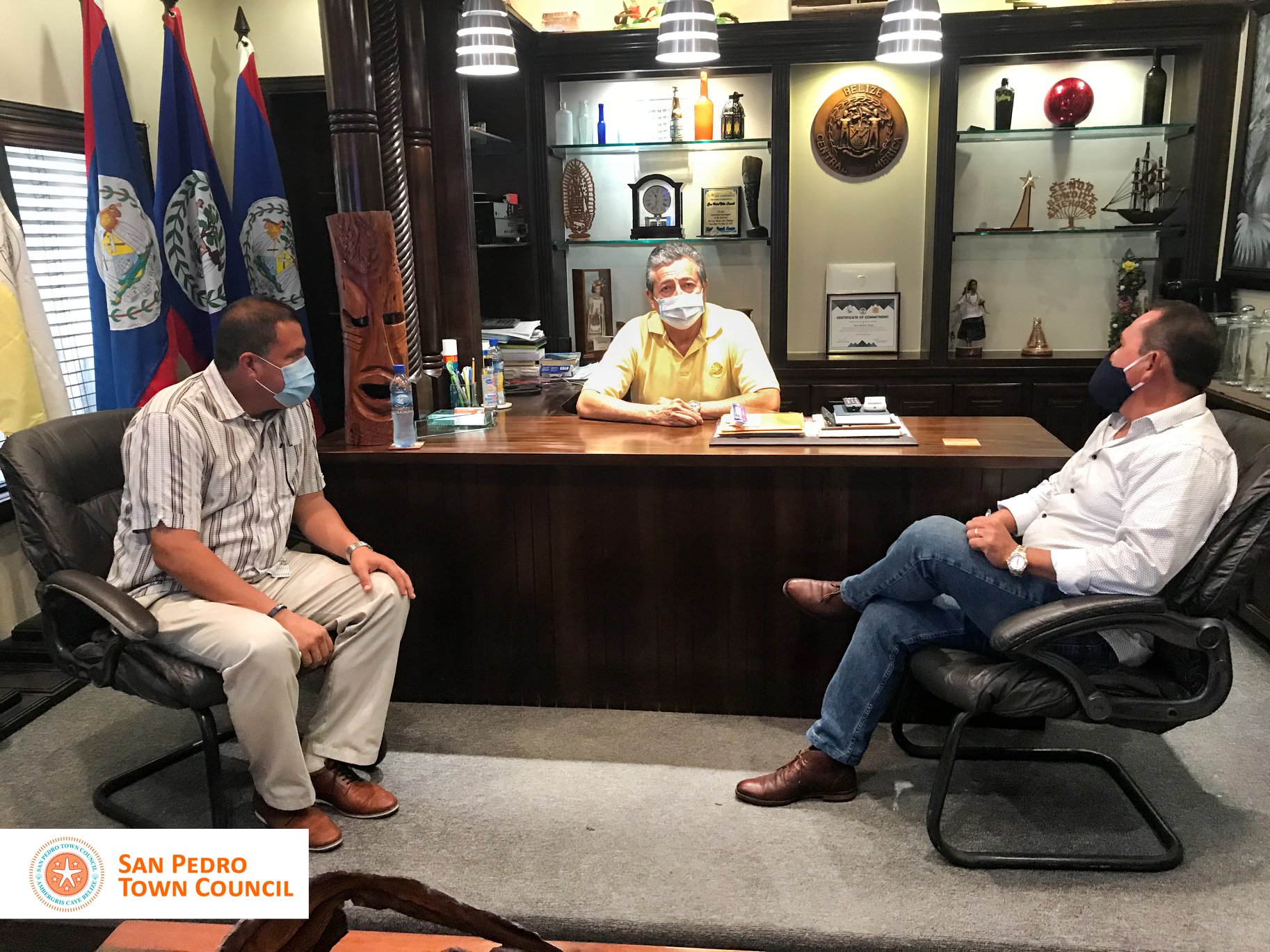 The meeting with Mayor Daniel Guerrero took place on Wednesday, November 18th, shortly after 10:30AM at the SPTC. According to reports from the meeting, Perez committed to assist and work with the SPTC. He and Guerrero discussed key areas for the betterment of the island community. Some of the topics discussed were liquor licensing, the local Building Unit, the Ambergris Caye Traffic Control Committee, street enhancements, and of course, the current COVID-19 pandemic.

During an interview with The San Pedro Sun on Monday, Guerrero said that politics must be set aside, and both leaders must come together and move the town forward. Guerrero looks forward to working with Perez to better La Isla Bonita, which has been greatly hurt by the pandemic. 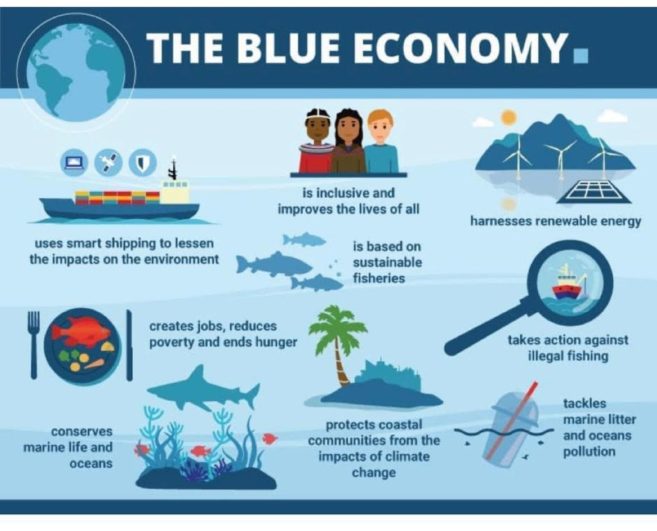 Perez’s portfolio is the Blue Economic, a new approach that deals with renewable energy, the environment, human resources, and job creation, among other important components. 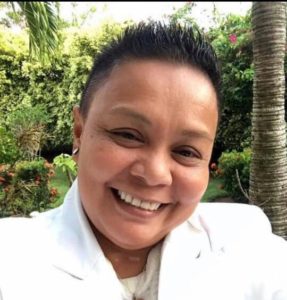 The orientation on the new job has taken Perez and his new Chief Executive Officer (CEO) Kennedy Carrillo (left) visiting with staff from Fisheries, Civil Aviation Departments, and the Belize Airport Authority. “This was an initial meeting, which will be followed by many because my CEO Carrillo and I both believe in the importance of valuing our colleagues and putting Human Resources needs as a priority,” said Perez.

Who is Abner Andre Perez? 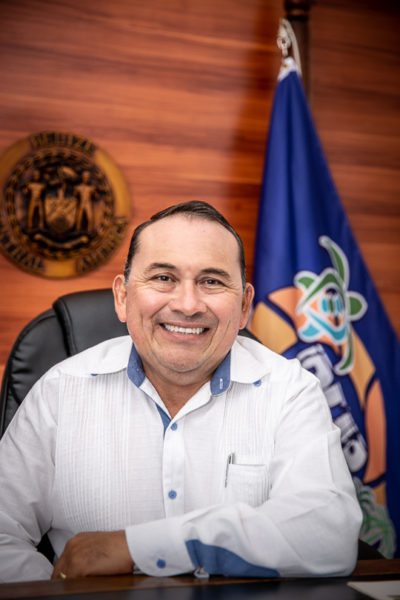 When Andre Perez decided to contest Belize Rural South (BRS) seat under the People’s United Party (PUP), he was described as the new hope and vision for the constituency. Perez was also referred to as the person leading the change, working hard to ensure that Ambergris Caye and Caye Caulker are represented well in Central Government; a representation designed by integrity, honesty, and access to opportunities denied to islanders.

The journey to Belize’s National Assembly started over 20 years ago. Originally from Orange Walk Town in northern Belize, Perez studied at St. John’s College and then went on to earn an Associate Degree from St. John’s College Junior College in Belize City, majoring in Economics. He worked in banking for a while, then ventured into entrepreneurship.

As time went by, his business spread to other parts of the country, and Perez currently co-owns one of the largest bakeries in Belize. In San Pedro Town, he has served as a volunteer teacher while serving on the San Pedro High School Board.

A long-time supporter of the PUP, he served as president of the Orange Walk Branch of the Belize Youth Movement. Perez also worked as the Treasurer of the Party on the National Executive and has worked in BRS since 1997 as campaign manager, chairman, and mayoral candidate. Perez ran for the Mayor of San Pedro during the 2018 Municipal Elections but lost by a thin margin. Two years later, he was elected the Standard Bearer for BRS and defeated incumbent UDP Manuel Heredia Jr. by a landslide.

Andre Perez has committed to work hard and ensure residents have access to affordable, quality housing and education for their children. The new Area Representative has a 100-day plan to address several issues and needs on the islands. Some of these issues include food pantry programs, health, economy, tourism, identifying properties to construct medical facilities on Ambergris Caye and Caye Caulker, expanding Wi-Fi access, education assistance, and establishing a local market day on Ambergris Caye. He also plans for a proper, functional, and effective network for fighting fires on the islands.