The campaign trail continues in San Pedro Town with both slates of the People’s United Party (PUP) and the United Democratic Party (UDP) making final preparations for the upcoming Municipal Elections on Wednesday, March 3rd. On Friday, February 26th, Prime Minister Honourable John Briceño landed on San Pedro to support the PUP slate ahead of the big day. Meanwhile, the UDP group launched their manifesto early the same day. 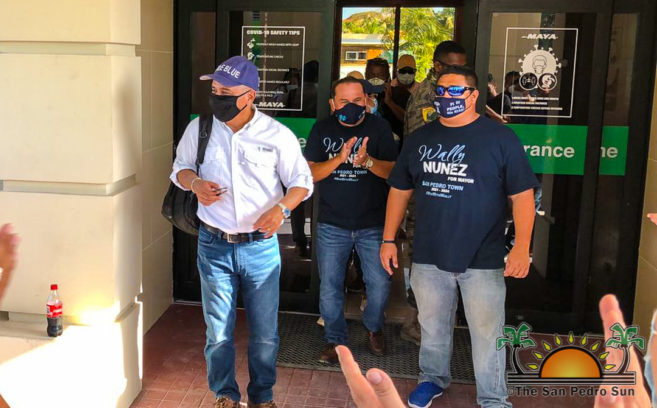 Prime Minister Briceño touched down on the island just after 3:30PM via Maya Island Air, where he was welcomed by Area Representative the Honourable Andre Perez and his supporters outside the John Greif III Municipal Airport. He joined PUP Mayoral candidate Gualberto ‘Wally’ Nuñez and his slate for an evening of campaigning. They planned to visit many of the subdivisions to interact and hear from the electorates. Briceño said the aim is to provide islanders with their necessities and deliver on projects that will continue developing the island. He asked electorates to support Nuñez and his team on March 3rd. “It is a matter of having the good people in place, and let’s looks at the basics like picking up the garbage, making sure parks are clean, and then looking at a master plan,” said Briceño. He spoke about introducing an aggressive plan on infrastructure, like paving the streets. The Prime Minister also emphasized honesty with the people and working for the town.

Nuñez pledged transparency in his administration and noted that it would happen under a PUP town council. The Mayoral candidate promised real change for the municipality and to work hand in hand with the community to achieve their goals.

Full details of these portfolios below 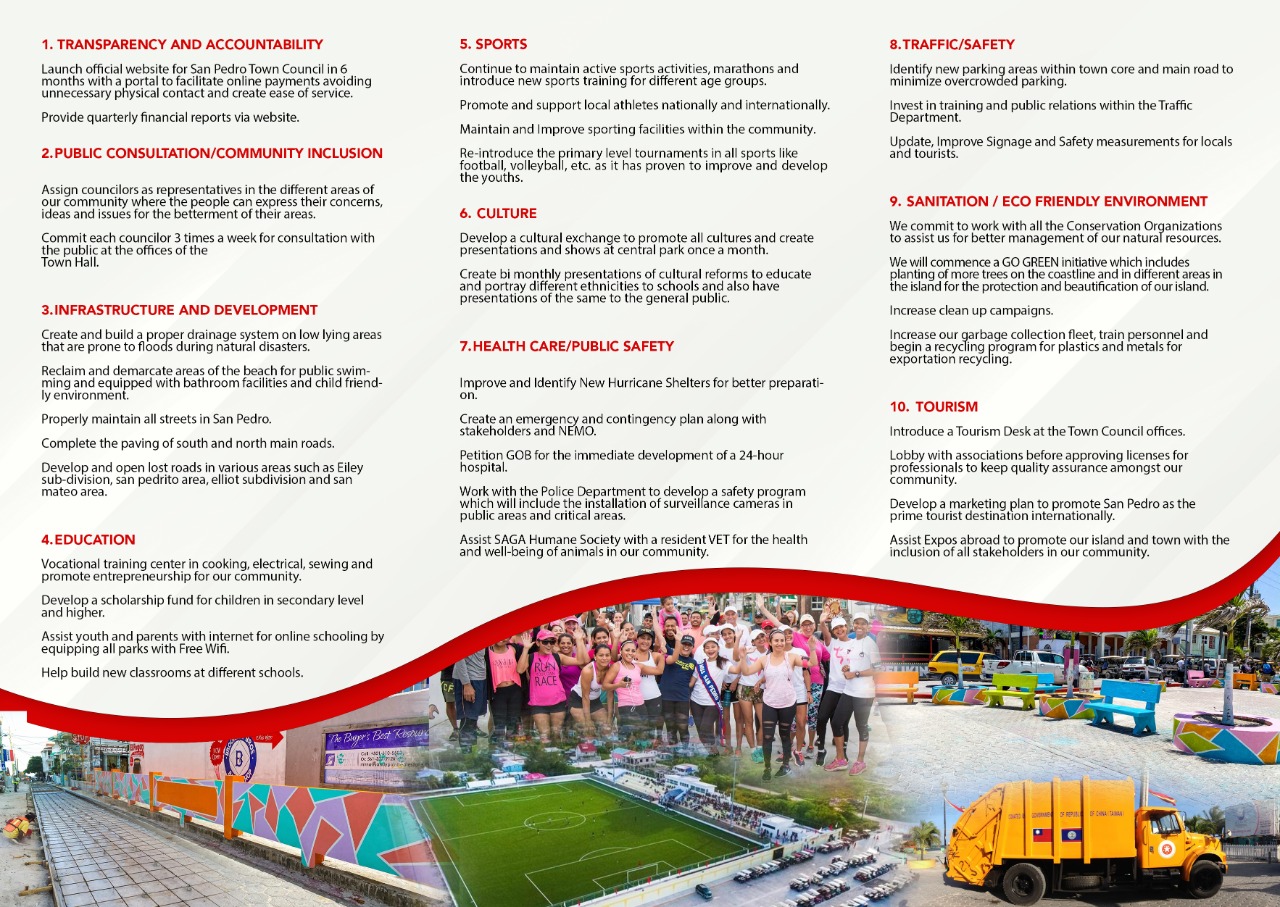 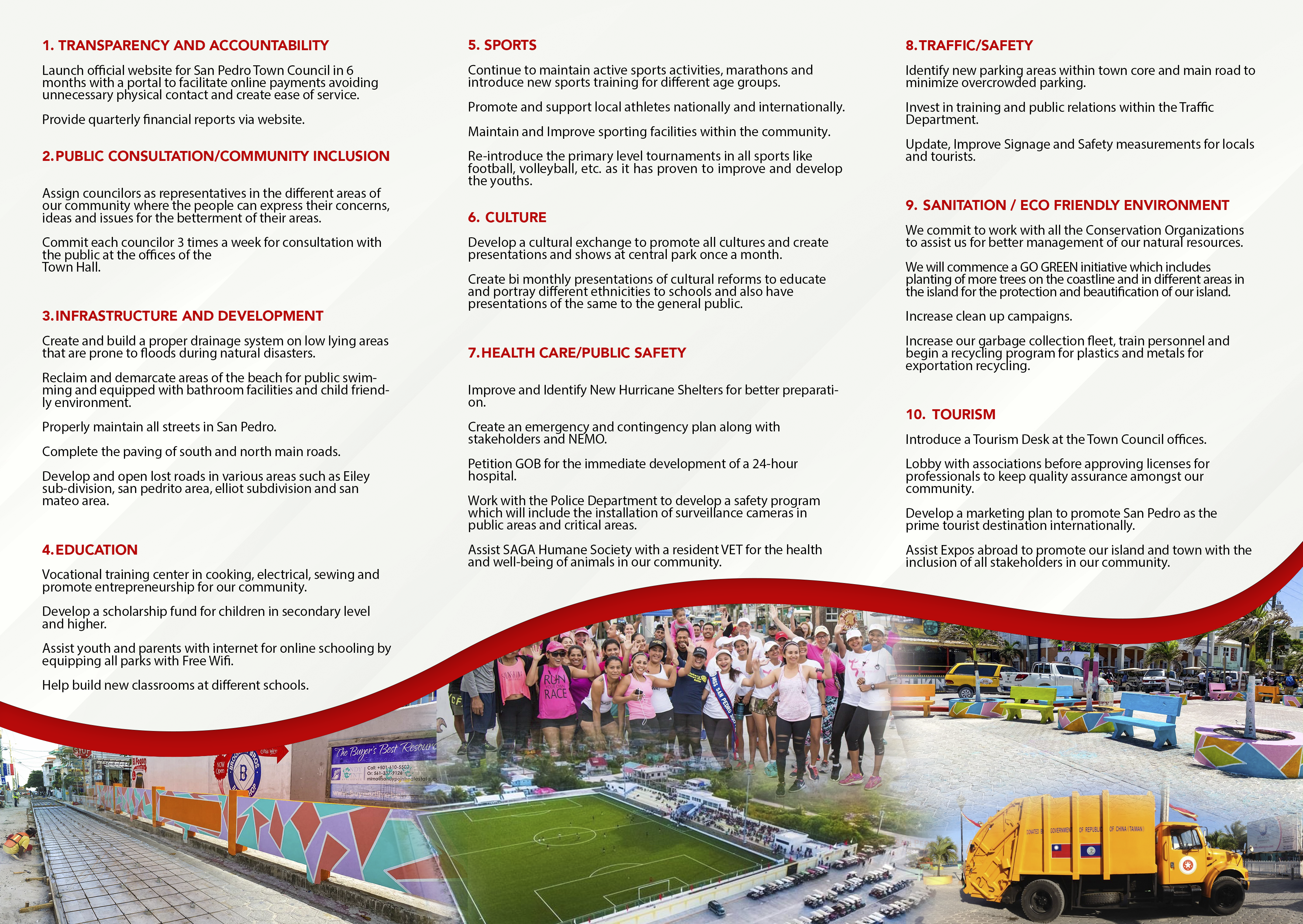 San Pedro’s municipality is one of the strongest in the country, with over 7,000 registered voters. The voting on the island will take place at two polling areas due to the COVID-19 protocol. Persons whose last name begins from A to J will vote at the San Pedro High School, while those with surnames from K to Z will be required to vote at the San Pedro Roman Catholic Primary School.