On Friday, October 9th, the National Committee for Families and Children (NCFC) hosted the virtual launch of a project titled ‘A Road Map to End Child Marriage and Early Unions in Belize’. The launch of this program, which had been in the pipeline for the past years, was possible with the technical and financial support of the United Nations Population Fund (UNFPA) and the United Nations Children’s Fund (UNICEF). The program aired live on Facebook and included three panel discussions, starting with the regional and global perspective, a discussion with young people involved in the project, and ending with the way forward. 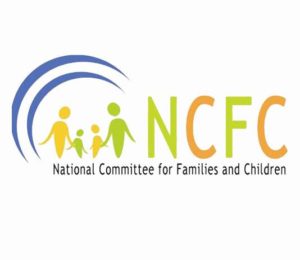 The road map outlines a set of strategic actions to address the causes of child marriage and early unions. According to NCFC, child marriage is characterized as a human rights violation and a form of gender-based violence. Data shows that Belize has the second-highest rate in child marriages and early unions in the Caribbean region. This is attributed to social pressure, rebellion, pregnancy, poverty and lack of parental support. The road map aims to give young girls and boys the best of the opportunities to be strong and productive Belizeans.

Eugenia Uribe, Head of the Latin American and Caribbean Engagement, Girls not Brides, shared that the launch of this program is great news, as not much progress has been made over the decades to address this issue. Uribe noted that while there has been some effort, it is not fully organized at the national level. “We do not see enough political will to sustain a multi-sectorial engagement,” she said. Uribe emphasized on the strengthening in access to education, like in health and economic empowerment. Uribe indicated that child marriage and early unions continue to happen in close-knit communities that tolerate it. This norm of life makes it difficult to break the silence of the situation.

Next, a set of young Belizeans shared their perspective on the topic and what they think about the road map launched. Stephen Diaz, a representative of the Youth Advisory Group said the situation can be tackled as the road map lays strategies on how to deal with the problem. According to him, the knowledge that has been gathered by the expertise can contribute to a decrease and a future eradication of these practices. Michael Fritz of CRC Ambassadors believes this project is addressing harmful practices that are negatively impacting youth lives with child marriages and early unions. “We are saying that it needs to be fixed and the launching of this road map is the first step towards that,” said Fritz.

Communication Consultant for UNICEF Belize, Sherlene Tablada, spoke about the way forward and what the plans set in place are. To address the issue, the campaign will focus on five areas. These include: empowering girls and boys, strengthening prevention and protection systems, strengthening the legislative and policy framework, social and behavioral change communication to influence social and gender norms, and lastly, strengthening data and evidence.

Tablada explained that the overall aim of the road map is trying to bring together existing sector strategies that support adolescents, and placing them all in one cohesive place. Another important aspect of the campaign is to leave no one behind, even those already in unions.

Organizers look forward to fruitful results as they try to engage every possible organization and Belizeans across the country to bring an end to this issue affecting communities. For a full review of the launch and to listen to the detailed presentations and statements from others involved in the discussion, including Bishop Phillip Wright and Chief Executive Officer in the Ministry of Human Development Judith Alpuche, click HERE.