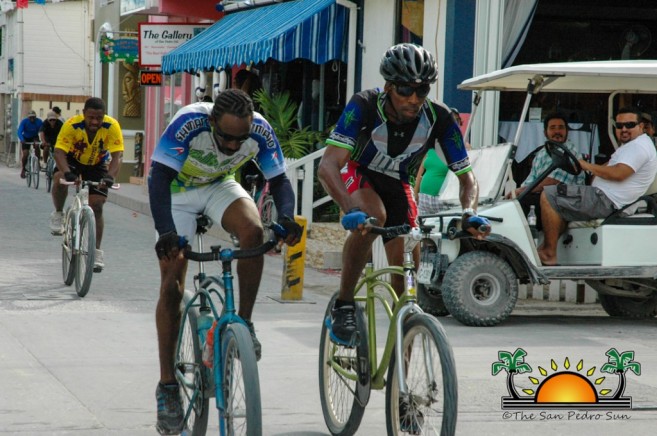 Sunday, September 8th saw several cycling enthusiastic circling San Pedro Town in hopes of winning first place in the Pre-September Celebrations cycling race. In the end it was Kent “Bob” Gabourel who trumped the competition and took the first place trophy in the senior division, while in the junior division Byron Lara rode home with a first place trophy.

According to local star athlete Kent “Bob” Gabourel, the purpose of the race was to raise funds for the local cycling team to travel to Punta Gorda to participate in the upcoming National Beach Cruiser Race on September 21st, all while promoting the patriotic spirit of the September Celebrations. “The race gives the youth and athletes of San Pedro a chance to practice for a larger race, while at the same time competing and winning prizes,” he said.

The race took cyclists through San Pedro Town to Boca Del Rio Area and back and each division race consisted of four laps, ending at Central Park. 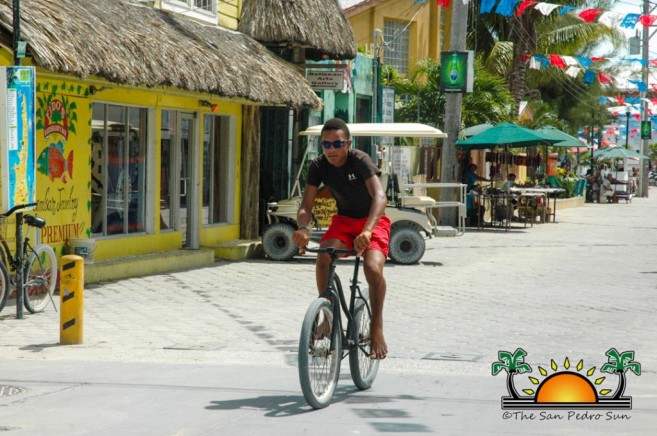 In the junior division, first place went to Byron Lara, second place went to Kian Ancona, while Jordan Santos settled for third. Jordan has just recently entered the competitive cycling, swimming and running circuit and placed first in the junior division at the 2013 Lionman Triathlon, ending up as the youngest athlete to have ever competed all three disciplines in the Lionman Triathlon. While Jordan did not place first in this local race, he is looking to complete in future natural races. 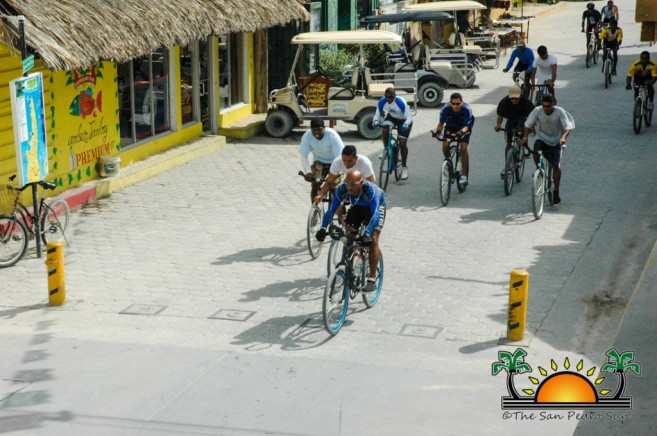 The San Pedro Sun congratulates Kent and Byron on their big win. To all aspiring athletes, keep up the hard work!