The San Pedro Cycling Club organized the first ever Garifuna Settlement Day Bicycle Race on Tuesday, November 19th as part of the day’s activities. The race was organized by local star triathlon athlete, Kent “Bob” Gabourel in conjunction with the San Pedro Cycling Club, to promote healthy competition and sportsmanship on the island. Several cyclists gathered at Central Park shortly after midday for the start of the race. The race was divided into three categories: juveniles, juniors and seniors. A total of 27 cyclists participated in the race. 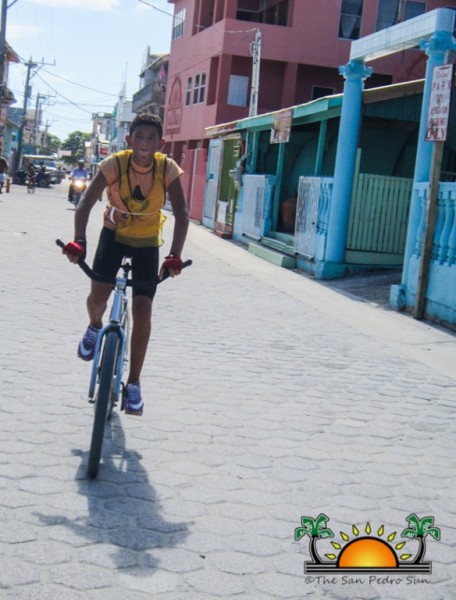