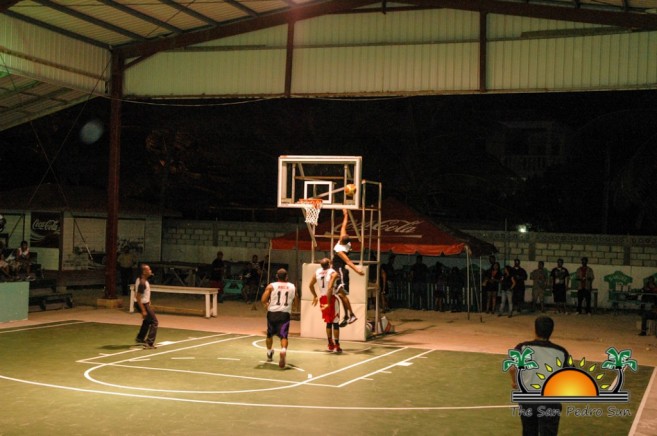 The San Pedro Tigersharks picked up their second win in round three of the National Elite Basketball League after they defeated the visiting Corozal Heats on Saturday February 22nd. Held at the San Pedro High School Angel Nuñez Auditorium, the much talked about game saw national basketball action back on Ambergris Caye and had quite a large turnout. Not only did the spectators enjoy a good game, in which the home team blew out the Heats, but fans also got the opportunity to get Tigersharks t-shirts.

The Heats opened the scoreboard when Jason Grant caught the first basket of the match, giving the visiting team an early two-point lead. The Tigerharks’ Tyron Edwards responded with a three-point shot putting the home team up by one point. In the 53rd second of the game, the Heats’ Geovani Lennon caught a 2-point-basket, putting Corozal up by one. And that was the only time the Heats had the lead as the Tigersharks swam off with the points leaving the Corozal Heats sinking in their wake. Winston Pratt and Tyron Edwards, Tigersharks’ top shooters managed to capitalize on several rebounds and turnovers and by the time the first quarter ended, the home team were up against the Heats by a score of 20 to 12. The spectators were not too happy when the home team missed many free throws. But despite the misplays, Tigersharks kept a comfortable nine-point lead over the Heats with a score of 33 to 24 at the end of the first half. 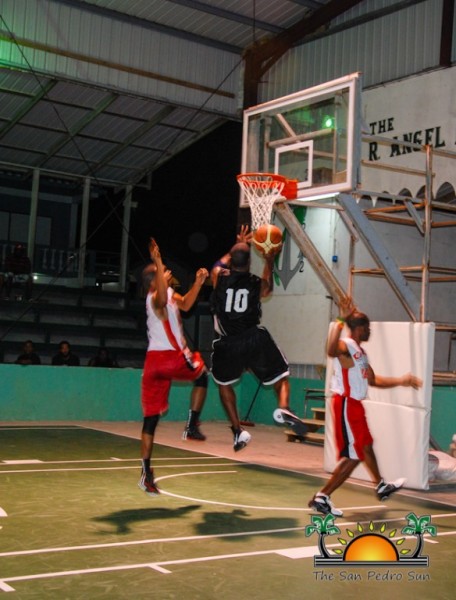 At halftime, the organizers threw official Tigersharks T-shirts to the spectators pumping up the excitement level. When the second half of the game began, the Garifuna drummers were called in to complement the cheering. “Oh Corozal, you noh know about the TIGER, Oh Corozal, you noh know about the SHARK… Go TIGERSHARKS,” chanted the Garifuna drummers as the game progressed. The cheering did have a positive impact on the players as the home team began to expand on their lead in the third quarter. In fact, Michael Adams, the team’s tallest player (at 6”11’) decided to show what he had up his sleeve when he made some very impressive blocks and an impressive slam-dunk. At the end of the third quarter, the Tigersharks had a comfortable 20-point lead; 55 to 35.

When the fourth quarter started, the visiting Heats was notably demoralized and obviously committed several offensive, costly, mistakes which San Pedro’s Winston Pratt wasted no time in capitalizing on. Then Adams did it again – he slam-dunked for the second time, electrifying the spectators and redeeming his slow first-half performance. Corozal Heats rallied but the team was unable to catch up. When the game ended, the score was 54 to 79 in favor of the Tigersharks. # 10 -Winston Pratt was the player of the night capturing 20 of the 79 points for the San Pedro Tigersharks. Congratulations boy! Go Tigersharks! 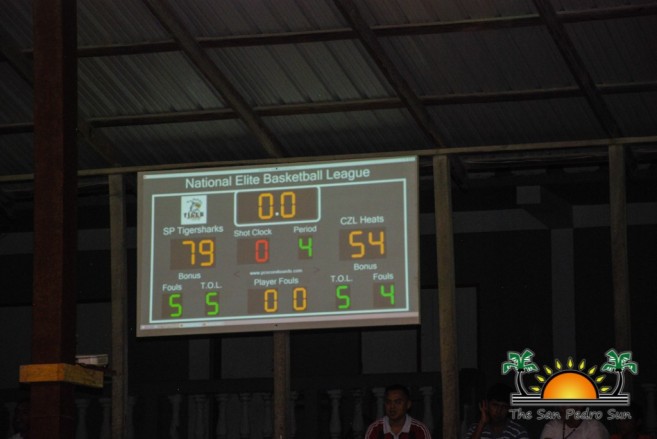 Other Results from around the country are as follows:

Looking into the up-coming games in week four of the season, on Friday February 28th, Belmopan Bandits will face the Corozal Heats at the Andres Campos Civic Center in Corozal Town while Orange Walk Running Rebels will host the Dangriga Warriors at the Orange Walk Sporting Complex. On Saturday March 1st, Belize City Smart No Limits will play Toledo Diplomats at the Punta Gorda Sporting Complex while the San Pedro Tigersharks will host their second game of the season against Cayo Western Ballaz.

The Tigersharks game will start at 8:00PM at the Rafael Angel Nuñez Auditorium and spectators are asked to come in black t-shirts to show support for the home team!