Week three of the second annual Belize National Elite Basketball League (NEBL) regular season continued to roll over the weekend. It saw basketball action on the island when the San Pedro Tiger Sharks hosted the Belize City Hurricanes on Saturday February 21st. What started off with a small crowd turned into a packed house at the Angel Nuñez Auditorium, where spectators got to see the home team played and won their first home game.

Belize Hurricanes, now with one win and two losses, started the game with a lead over the home team. By halftime, the Hurricanes had blown past the Tiger Sharks with a 12 point lead. This of course was a huge upset to the islanders, where the Tiger Sharks boast a perfect home record in the two NEBL seasons so far. But like the good old saying goes, the game is not over until the ‘fat lady sings.”

San Pedro Tiger Sharks were led by their foreign player, Milton James who had 21 points with nine rebounds, while Ashton Edwards scored 19 points, including four three-pointers. Andrew “Bynum” Ortiz sank 17 points with four rebounds and Darwin “Puppy” Leslie finished the night with 15 points and six assists. In their losing effort, the Belize Hurricanes were led by Jermaine Small who recorded a double-double with 17 points and 10 boards, while Brian White scored 16 points and ripped eight rebounds. Winston Pratt finished the night with 15 points, while Tariq Middleton scored 12 points. 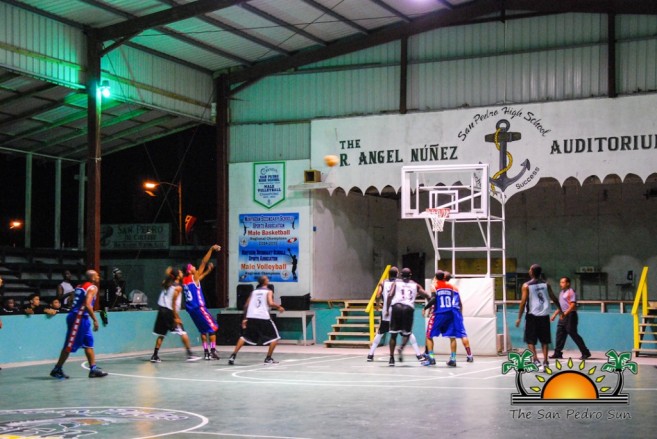 San Pedro Pirates win 2-1 against Police United, back at #1 position in PLB