Tiger Sharks overcome No Limits with a split-second win 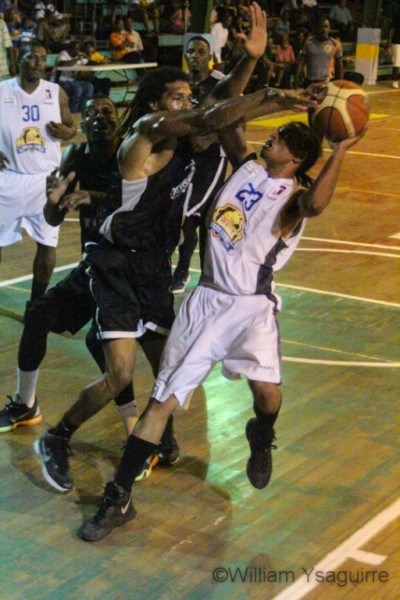 The game took place at the Bird’s Isle. The Tiger Sharks took an early lead, but by the end of the first quarter, it was obvious that the Belize City No Limits was no easy contender – they took full control of the match. While it was a neck and neck battle for control, the No Limit boys clearly demonstrated a better command of the ball game. The home team dominated every quarter, and going into half time, had a narrow four points lead. The Tiger Sharks struggled to make a come-back throughout the ball game, and going into the fourth quarter, were down by seven points. 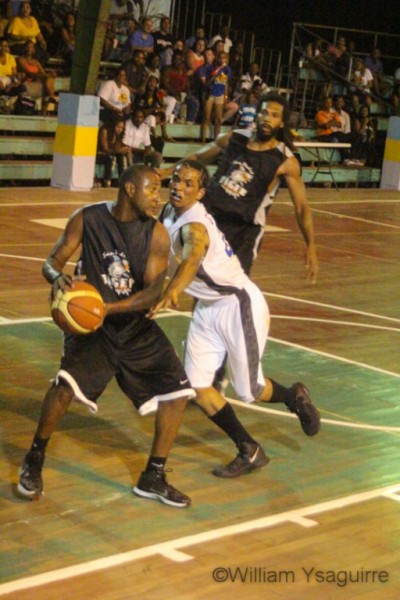 Fast-forward into the last minute of the game, when, with 15 seconds to go, Belize City No Limits had total control of the ball with a one point lead. But, a mistake by the home team with 11.2 seconds remaining on the game clock, Belize City No Limit lost possession of the ball. It was a costly turnover, and Tiger Sharks’ Tyrone “Mission” Edwards came up with a huge steal and went down the length of the court, where Andrew “Bynum” Ortiz missed a shot under the rim. Quick reflex had Ortiz regain control and was able to make up for his miss, off the glass in just a split second before the final buzzer. The game ended at 88 to 87 in favor of The San Pedro Tiger Shark. 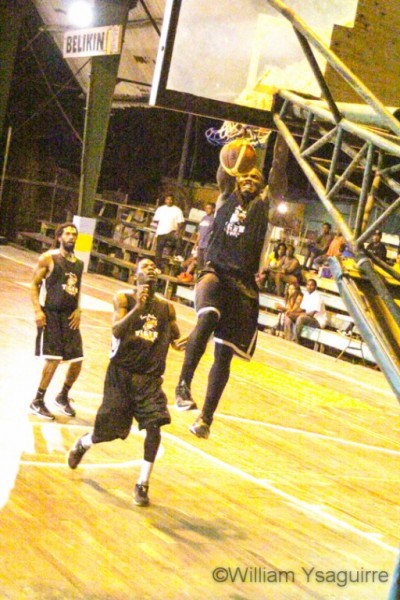 Gregory “Chippy” Rudon had the game high with 28 points, five rebounds and three assists for Belize City No Limits, while Brandon Rogers had 16 points and three rebounds. Lennox Bowman and Rhetton Belisle scored 15 and 14 points respectively. The San Pedro Tiger Sharks were led by Andrew “Bynum” Ortiz who had 19 points and six rebounds, while Milton James had a double-double with 18 points and 17 rebounds. Darwin “Puppy” Leslie had 17 points, with five assists and three boards, while Jamal Kelly finished the night with 13 points, including a huge three-point shot that cut the lead to one point with under a minute remaining. Despite the result of this game, San Pedro Tiger Sharks are now considered the fourth quarter lead, as game after game, they demonstrate a high degree of poise, confidence and resilience. The Tiger Sharks have mounted numerous come-backs in the fourth quarter, being victorious this season after trailing behind in almost every game. 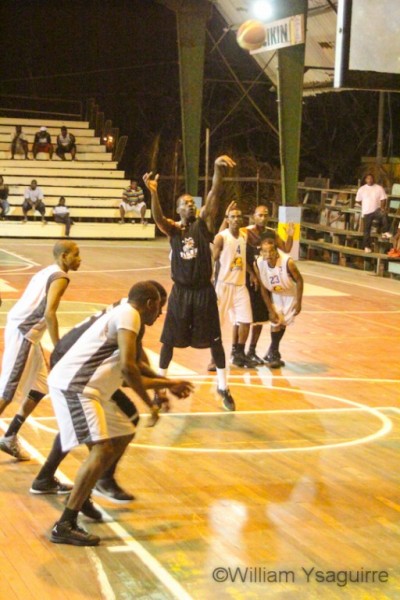 Of interest is that the Tiger Sharks’ coach Darren Bovell did not allow the best three-point shooter in the NEBL – Ashton Edwards, to play the entire game, even though the team was trailing the whole way. Edwards was on the bench and did not appear to be injured, but did not get any court time.

Belize being showcased at Women’s Conference in Mexico