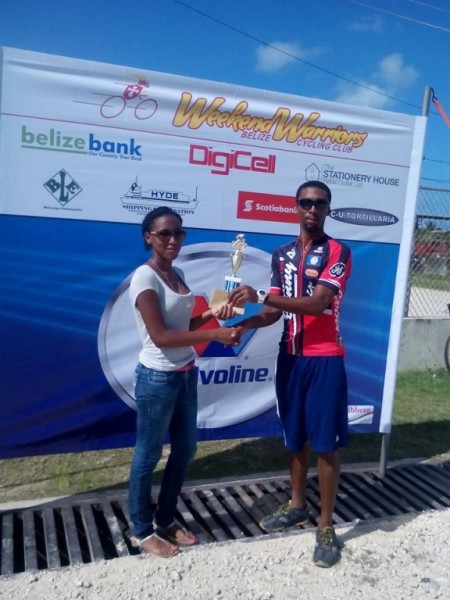 The race left from in front of La Loma Luz Hospital in Santa Elena with 35 strong and well known names in cycling. Amongst the top riders was Gabourel, who took center stage for most part of the race in the A Class. 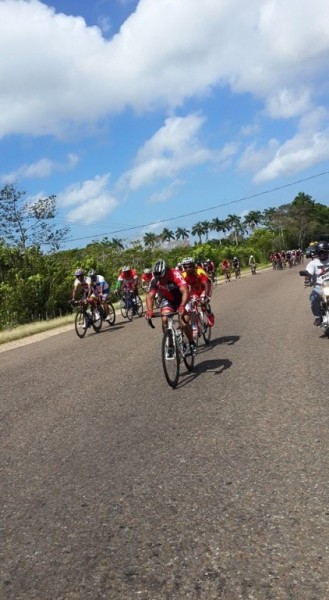 Well into the race, Raymond Hyde picked up the first station prize near Mount Hope in the Cayo District. Hyde was clearly ahead of David Pollard, Shelton Graham, Andrew Brown and Douglas Lamb who were ahead of the main peloton. 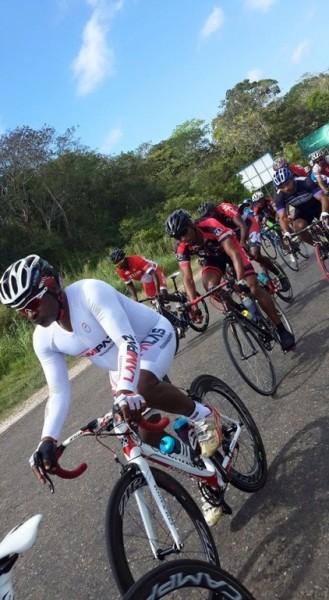 At Garbutt’s Gas Station in Roaring Creek Kent “Bob” Gabourel stepped up into the front fold and picked up his first station prize. By the time the race got to mile 21 at Gracie Rock Village, it was Robert Mariano and Kent Gabourel in total command of the lead. The duo would ride neck-and-neck up to a few hundred meters from the finish line at Cisco Construction at 3½ miles outside Belize City.
A sprint by the duo to the finish line saw Robert Mariano of Digicell 4G taking the A Class title in a clock time of three hours and 33 minutes. Just seconds behind was Kent Gabourel of Benny’s who finished in second place. BelCal’s Calman Williams, father of the Holy Saturday Cross Country Champion Justin Williams, finished in third place. Warren Coye of Santino’s captured fourth while Douglas Lamb of Digicell rounded up the top five.


In the B Class Category, which was a 48 miles ride, Ray Cattouse took first place with a clock time of 2:18:07. In the C Class Category, Eustace Ireland of Lampaz won the first place in the 40 mile race.
Top riders in each category received various prizes including cash and trophies. Congratulations to Kent for a job well done! Keep making your San Pedro fans proud!

Northern Softball Regionals: One round down, one to go!