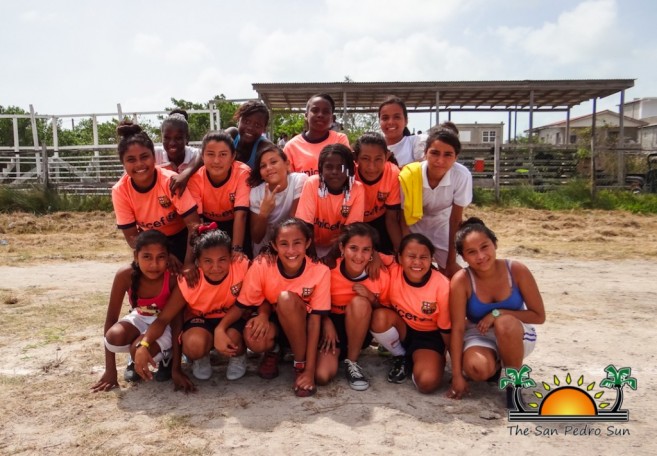 The female team from SPRCs had to score five goals in their last match in order to qualify, since CCRC had previously beat NHSDA girls 4 -0. NHSDA team did not prove to be a hurdle for the SPRCs girls who not only scored the needed goals to qualify, but got an extra one just to brag. SPRCs girls qualified for the District Finals, leaving CCRC and the NHSDA girls out of the running. 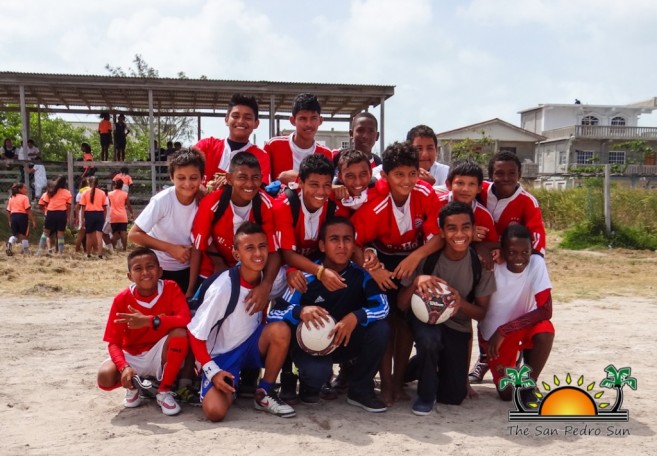 As male teams prepared to step on the field, their respective coaches could be heard giving their final instructions. The qualifying match was between SPRC and NHSDA boys. The coaches encouraged their teams, especially the coach from SPRCs who shouted much needed motivation to his students. His efforts paid off as SPRsC had no trouble winning the qualifying match with the impressive score of 8 -0.
According to Kaya Cattouse representative of the National Sport Council in charge of football, the date for the District Final will be on Monday June 8th in Belize City. The San Pedro Sun congratulates both teams and wishes them the best as they proudly represent our beautiful island.