Home » Sports » Jaguars continue to grow in the Football Scene


The Belize National Football Selection continues to improve their skills and are even escalating in the ranks of Fédération Internationale de Football Association’s (FIFA) World Ranking. The Jaguars’ performance in the past two matches of the FIFA World Cup Russia 2018 Qualifiers has elevated the team’s world ranking to 118th place. This leap of 37 places has made history, as the highest ranking ever for Belize, who were previously 141st back in 2011. Belize has also risen in the ranks of Confederation of North, Central American and Caribbean Association Football (CONCACAF) and is now in the 15th spot.
This monumental achievement has only inspired the Football Federation of Belize (FFB) to continue improving the selection. “This is tremendous news for Belize, we are very proud of the leap in rankings. The players have worked so hard to get where we are. The administration has made a lot of sacrifices and it has now paid off. It is such good news for us. This is a great part of the history that is unfolding in Belize,” said FFB Secretary General, Michael Blease. 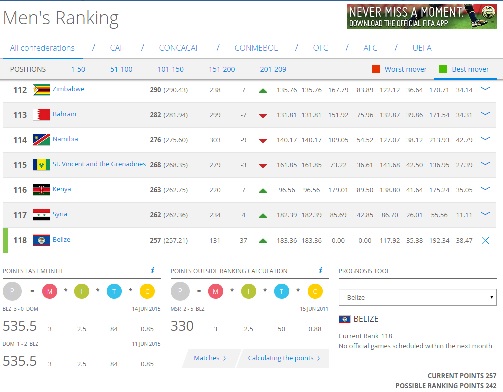 While preparing for the draw for the third round in the World Cup Qualifier which will be held on Saturday, July 25th at the Konstantinovsky Palace in Strelna, Saint Petersburg, Russia, the Jaguars are hard at work training and perfecting their skills. Belize’s top footballers have been called to the FFB Camp where there put through intense physical and technical training. Matches in the third round are scheduled to be played from 31st August to 8th September 2015. In an effort to continue the development of the team, Government of Belize gave FFB $125,000 to be used in the upcoming match. 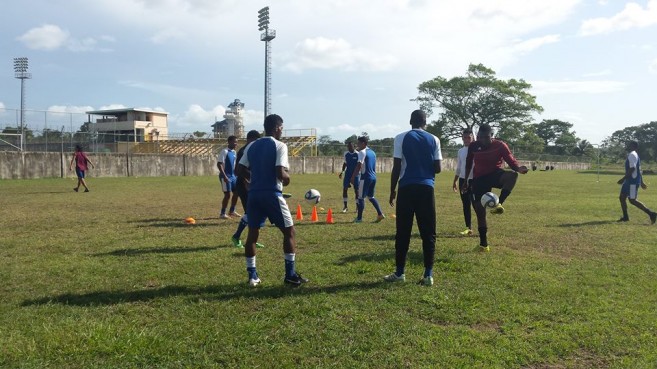 As the Jaguars continue to receive international attention on their improvement, so is one player in particular. In an online article, FIFA called striker Deon McCauley “Belize’s Missing Link”, stating how much he shapes the team. “McCaulay is a pure striker, the type pundits call natural. He is lean and fast and he moves through the channels a step ahead of any pursuer. The marked improvement in Belizean football over the last decade is, in many ways, down to the ability and strike-rate he has displayed since making his debut in 2007,” said the article. McCauley is certainly a key asset to the Belize National Football Selection and is expected to continue showcasing his skills in upcoming matches. To read the full article go to: www.fifa.com/worldcup/news/y=2015/m=7/news=mccaulay-belize-s-missing-link-2661771.html 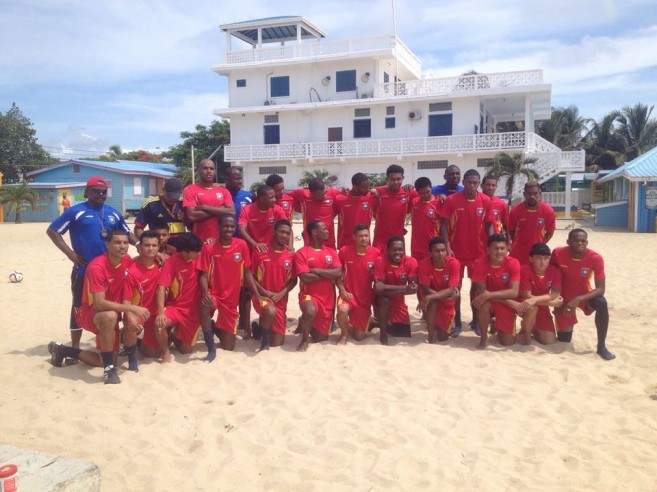 The Palometa Report: Catch and Release law for Bonefish, Permit and Tarpon