Seven island female football players have been called to the National Female Under-17 Selection process. The team will be representing Belize at the Women U-17 World Cup Elimination Tournament which will be held in Honduras from November 11th to 15th, 2015. Players for the national team were selected through the Football Federation of Belize (FFB) National Female U-15 Football Championship, where the San Pedro Team placed fourth. 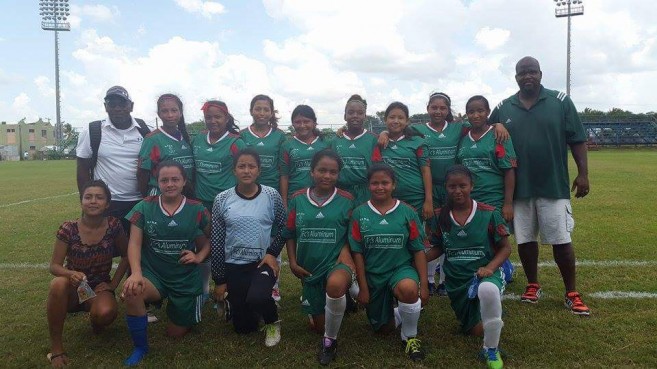 “Out of the 14 girls that travelled to Belmopan as part of the San Pedro Female U-15 selection to compete in FFB’S first ever National U-15 Tournament, seven of our girls have been called up to train with the National Selection to see if they make the final cut. The players are goal keeper Lisandra Novelo; defenders Amber Gongora, Aaliyah Crawford and Yakzari James; midfielders Keanna Cabañas and Loreni Chan and forward Ada Cordova. Congratulations girls! Those of you who were not called this time around, keep working to improve, there will be more opportunities,” said their coach Alex Noralez. The athletes called for the selection process will be training every Friday to Sunday for the next couple of months at FFB Headquarters.
The San Pedro Sun congratulates all female footballers that made the first cut, best of luck during training.