After quite a struggle, the Board of the Belize Sailing Association (BzSA) has agreed to send 15-year-olds Antonio Ricardez of Belize City Sailing Club (BCSC) and Blanca Velasquez of San Pedro Racers (SPR) to the 2015 International sailing Federation (ISAF) Youth World Championship Laser Regatta in Malaysia in December 2015. However, now the BzSA Board is not allowing their coaches to accompany them, thus denying vital support to the sailors. 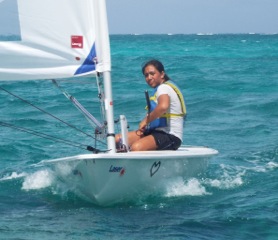 In part of an email sent on Monday, September 28th, Sharon Hardwick, Chairwoman of BzSA tells the ISAF the following, “The Belize Sailing Association have not sanctioned any Coach, reason why, we did not register one. Therefore, I feel this should clarify registration on a go forward basis. No Official Coach sanctioned and No Official Team Lead.”
The consequence of the BzSA Board’s decision is clear in an ISAF email on the same date to Hardwick that says, “Only team leaders and coaches registered and endorsed by a Member National Authority, such as BzSA, may register for the event. That means that ‘club’ coaches are not allowed.” If qualified people accompany the sailors but are “Not Official” as the Chairwoman says, they’ll “not be allowed,” reduced to spectators from afar, and the two children will have no coach in a World Championship event and no chaperone with the appropriate access.
Even if the clubs still send the coach and the chaperone that have the sailors’ and their parents’ full approval, the chaperone, Eva Campos, won’t be recognized as such and will not be afforded appropriate accommodation with or near Velasquez. Hence, she will hardly be able to chaperone at all. And the coach Juan Mazzini will not be allowed at race briefings or anywhere near where he can make sure the rigging is right, or out on the water to suggest rigging adjustments, give tactical advice, correct mistakes, offer encouragement and reminders to focus, or to make sure they have and are using water and energy snacks. 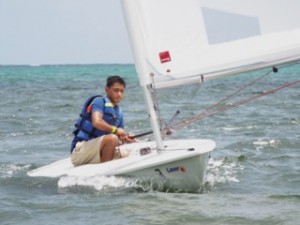 There is no cost or any other inconvenience to BzSA for sending the professional coach who trains the two participating sailors. The sailors’ clubs, BCSC and SPR plan to gather and pay all the expenses involved in sending Coach Mazzini.
According to a press release issued by the San Pedro Sailing Club on September 29th, submitting Juan Mazzini and Eva Campos’ names to ISAF costs BzSA absolutely nothing. The release goes on to state, “Keeping them out defeats the chaperone concept and unnecessarily deprives the sailors of vital intellectual and emotional support. BzSA is claiming that it is too late to register these people, but an email confirmation from ISAF states that they are still waiting for confirmation”.
BCSC and SPR are asking the public to assist in petitioning BzSA to allow Coach Mazzini and chaperone Eva Campos to attend the Youth World Champions along with the two sailors as officials. Sharon Hardwick can be contacted at 624-8529 or [email protected]