The San Pedro High School (SPHS) and Island Citizen Sporting Club (ICSP) Five-a-side Football Tournament is now in its 11th round of games. And while all teams remain competitive, one has remained on top of the leader board from the start of the competition. Currently Los Catrachos FC are leading the tournament will 27 points, only having lost one out of their 10 matches. But they can’t be too comfortable, as other top teams like United FC (26 points), Scorpions FC (24 points), Pro Drivers FC (22 points), We Them Boys (21 points) and Island Pure FC (20 points), still have time to take the lead and claim the second championship of the Five-a-side Football Tournament. The next couple of weeks will be interesting as the tournament starts heading into the final games. 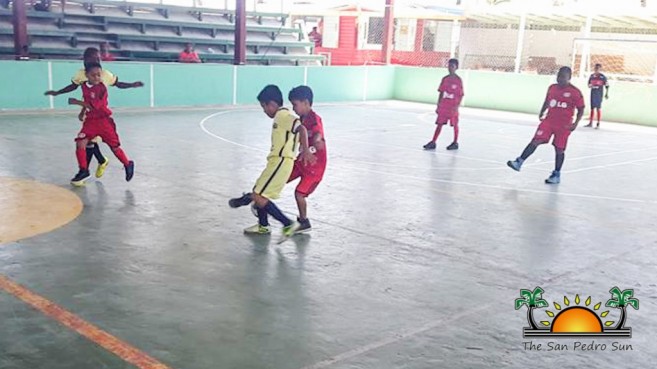 The next round of games will start on Sunday, March 20th at the Angel Nuñez Auditorium. Everyone is invited to come out and support their favourite team. Drinks and food are on sale.

King Lion 101 mile run challenge is still on for December