Ten kite surfers embarked on a life changing challenge to kite surf from Ambergris Caye to the beautiful shores of the Placencia Peninsula. The event which is the first ever of its kind in Belize, is aimed in part to raise awareness of the fragility of the reef, while also honoring the late Jeffrey Eiley, a son of the island who was murdered two years ago. According to organizers, the reef was his playground and he always wanted to undertake this adventure. On Friday, April 1st it became a reality. 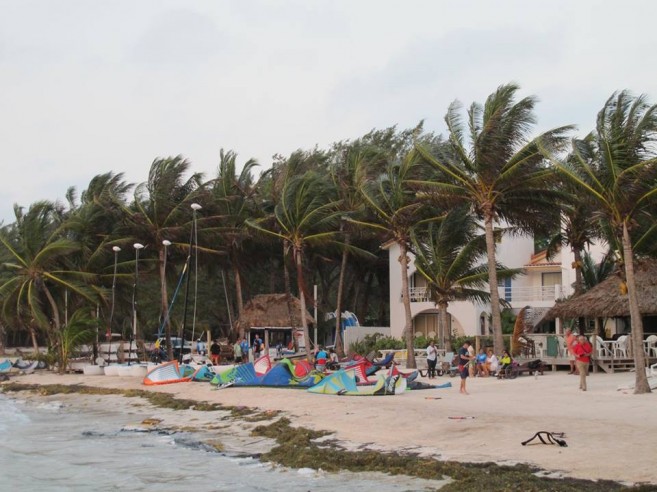 Organized by Eiley’s family and friends, the event sees the participants being swept away by the Eastern trade winds. Before they arrive in Placencia, the surfers will have covered over 100 miles of Belize’s prestigious Caribbean waters.

One of the organizers, Susana Eiley, spoke to The San Pedro Sun about the initiative and how much this means to her. “My husband is from Placencia and I am from San Pedro, and our son Jeffrey came up with this idea to sail from one place to the other, uniting our different locales. He was very passionate about our natural resources, especially the Barrier Reef,” she said. “Through this initiative we also want to create awareness about our natural environment and while reminding others of his senseless killing.” 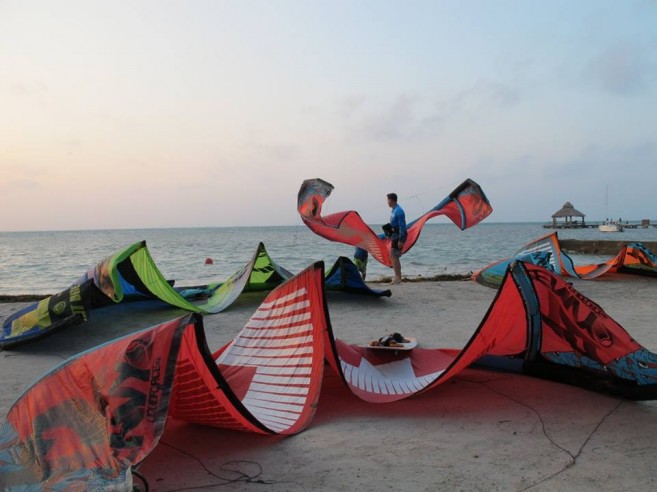 She took the opportunity to encourage parents to get their children involved in more sporting activities. Instead of having them at home only exposed to the gadgets of technology, they should be out there, experiencing all the natural resources the country has, so they can learn to appreciate them and want to protect them.

Jeffrey became a very passionate kite surfer after taking classes from another organizer and kite surfer, Mark Worthington. “The day after we started with the lessons he came back into my place and asked to teach him everything about the sport,” says Worthington. “Eventually, he threw the idea to me about kite surfing to Placencia and invited me to be part of it.” 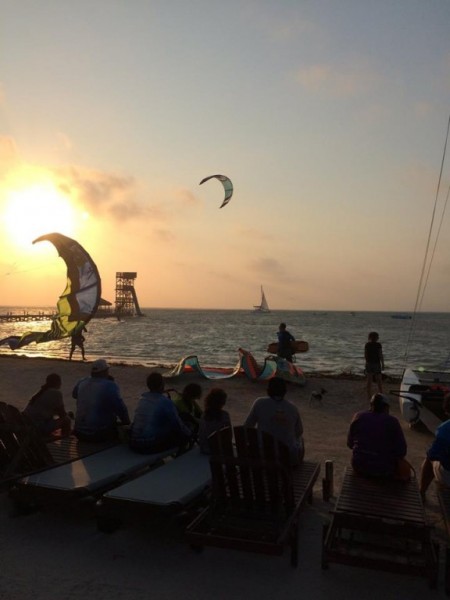 Another kite surfer taking part in the event was Martin John (MJ) Leslie. On his Facebook account, MJ posted his thoughts on the venture. “Jeffrey personally told me years ago. ‘Primo I want to kite surf from San Pedro to Placencia one day’,” wrote John. “In honour of him, we will do it. He loved the sea and all of its marine life so much. I feel that he is in the sea, wind and waves surrounding us. I’m ready Primo!!!”
MJ is no stranger to the sport as he recently kite surfed from Cancun to San Pedro over an impressive two and a half days. He is another great example of the talent potential Ambergris Caye holds. He did not just break a record, but also fulfilled a life-time dream. 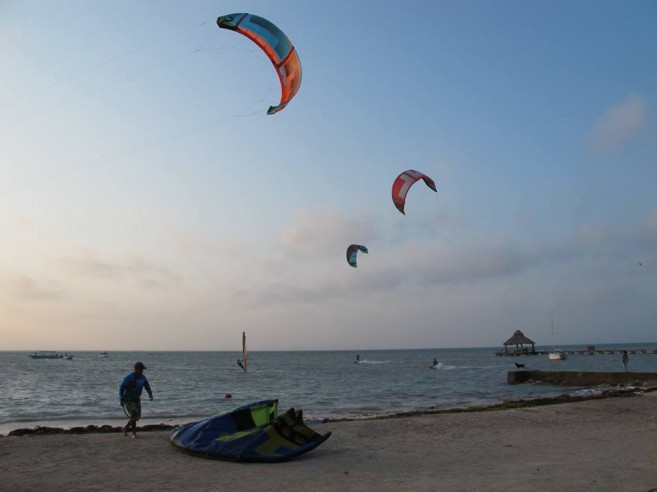 Organizers of the event are looking to make the kite surfing challenge a yearly event in an effort to increase the awareness of protecting the Belize reef system. At the same time they intend to get more young people from the island and other parts of the country interested in water sports and learn more about the marine ecosystems of Belize.

“As the event becomes an annual one, we also hope to raise funds and assist the charitable organizations on the island. We also want to establish kite surfing programs for children so they can start getting exposed to this amazing water sport,” ended Worthington.

8-Ball Pool Tournament heading back to the beach

Tuna are a NO SHOW for the Second Annual Slam