« Older: Five A Side Football Tournament to conduct first round elimination
Newer: » Team Amigos are the champs of the 2016 Class A/B 8-ball Pool Tournament


For the third consecutive year, the San Pedro Tiger Sharks were in the National Elite Basketball League (NEBL) finals as they played the third and final decisive game against the Smart Belize Hurricanes. The game was played on Friday, May 13th at the Belize Elementary School gymnasium in Belize City and despite the Tiger Sharks lead in the first half of the match; they were overcome by the Smart Belize Hurricanes who claimed the NEBL 2016 Champions with a final score of 98-92.

The game began at 9PM, and had a massive crowd in attendance. When the two –time defending champions stepped onto the court, the intensity was palpable.

The Smart Belize Hurricanes started with a lead in the first minutes of the first quarter, but shortly after, the San Pedro Tiger Sharks caught up and jumped to a lead of 15-10, and ending the quarter at 24-22. In the second quarter, the Tiger Sharks dominated on the court, and at half-time, they managed to hold on to a marginal lead of 47-45. 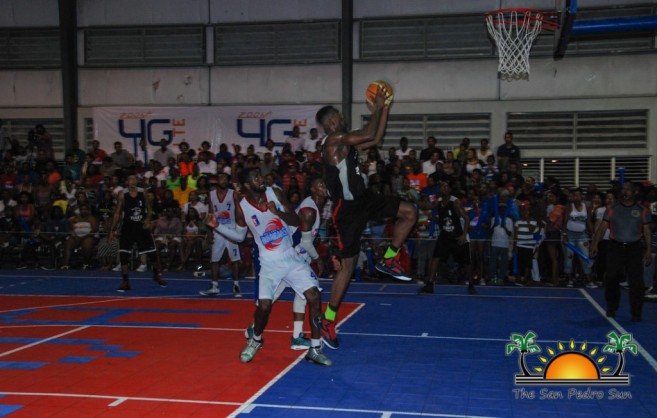 However, things drastically changed during the third quarter, as the home squad brought an aggressive comeback. The Tiger Sharks scrambled to gain control of the game, but at the end of the third quarter, the Hurricanes led 72-68.

The fourth and last quarter of the game was indeed the most intense of all. The lead exchanged several times, and at one point, it seemed that the Tiger Sharks were about to win again. Unfortunately, the excitement was short-lived as they missed a few free throws. However, the game remained close, with huge three-point shots. 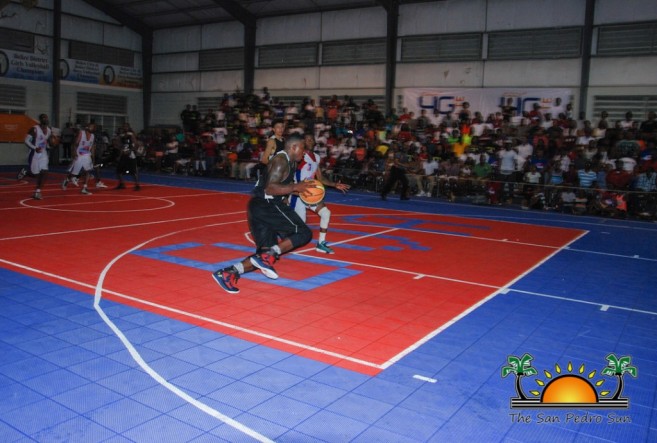 San Pedro Tiger Sharks were led by Caleb Sutton with 19 points, 4 steals, 2 assists and 2 rebounds, while Douglas Valley netted 17 points to go with 2 rebounds and 2 assists, and 4 three-point shots. Andrew “Bynum” Ortiz tallied 16 points and 5 rebounds and Ashton Edwards sank 15 points, including three shots from behind the arc. Gene Myvett recorded a double-double with 10 points and 11 rebounds, to go with 6 assists and 2 steals, while Raul Roches finished with 9 points and 9 rebounds. San Pedro Tiger Sharks shot 43% from the field, 34% from behind the three-point arc and 55% from behind the charity stripe.

It was a massive celebration on the court immediately following the end of the game. After the initial celebration, the various awards were handed out and the San Pedro Tiger Sharks were honoured with their second place trophy. This was followed by Smart Belize Hurricanes receiving their championship title and trophy as well.

The individual awards were given out, and Darwin “Puppy” Leslie was the top scorer in this game with 33 points, to go with 6 rebounds and 2 steals, and was named the finals MVP. He hit four huge shots behind the arc, while shooting 75% from the charity stripe, to go 9 of 12 from the free-throw line. Regular season MVP, Farron Louriano, tallied 17 points and 8 rebounds, while Leroy Louriana sank 11 points, dished out 7 assists, grabbed 5 rebounds and secured 3 steals. Akeem Watters finished with a solid 9 points and 9 rebounds off the bench, while Glency “Coope” Lopez contributed 9 points and 3 boards off the pine. Smart Belize Hurricanes shot 42% from the field, and a dismal 58% from the free throw line, missing 15 shots from the charity stripe.

The overall results of the game shows 8 ties and 11 lead changes in the game. The biggest lead that both teams had during the match was 7 points. Smart Belize Hurricanes controlled the glass with a 57 – 45 advantage, and also had a 51 – 31 advantage off bench points. San Pedro Tiger Sharks had the 22 – 17 edge on points off turnovers, and 13 – 6 advantage on fast break points. Smart Belize Hurricanes shot 36 free throws, compared to 31 shots from the visiting team. The home team led for 22 minutes in the game, while San Pedro Tiger Sharks had the lead for 18 minutes

The NEBL would like to congratulate all eight teams for participating in this year’s tournament, and to San Pedro Tiger Sharks for being the only team to reach three straight finals. Respect to all the team managers, coaches, players, fans, referees, table officials and supporters of the NEBL, as they continue to grow the sport of basketball in Belize. Special thanks also go to Bowen and Bowen Ltd. and The National Channel for being our corporate sponsors this season and a BIG thank you to all the media houses that covered our games on a weekly basis.