Belizean athlete Katy Sealy took a well -deserved break on La Isla Bonita after competing alongside 21 other Belizean athletes at the 17th Central American Championships in Athletics held in San Salvador, El Salvador. The tournament took place from June 17th through June 19th, where Sealy performed exceptionally, capturing gold for Belize in the heptathlon division. As a result, she and her Belizean colleague Brandon Jones will be representing the Jewel at the 2016 Summer Olympics in Rio De Janeiro, Brazil to be held from the 5th to the 21st of August. 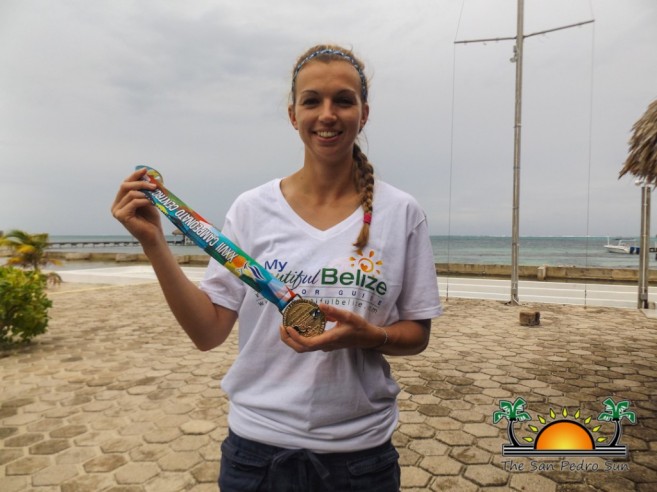 Sealy is from England but her father is from Belize’s southern district, Stann Creek. He lived for some time in the valley community of Pomona before moving to England, where he met Katy’s mother. However, Sealy has decided to represent Belize in her sporting career for the sole love of her heritage and Belize. 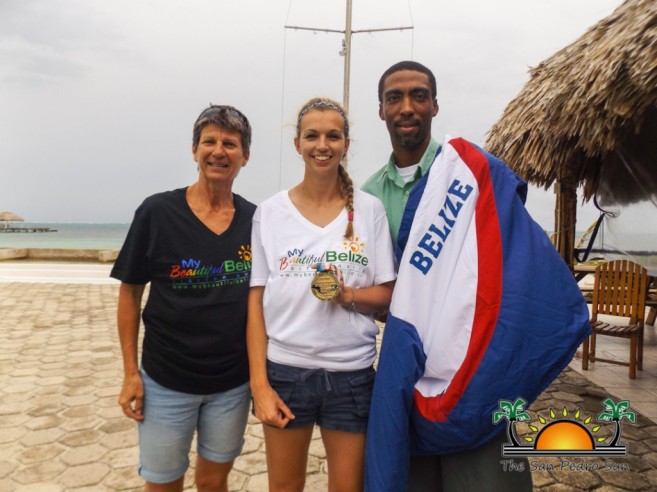 In an interview with The San Pedro Sun, she told us that she began track and field when she was 14, and then concentrated on the heptathlon when she was 16. She has been representing Belize since 2010. Sealy says that she was really pleased with her performance through the seven events that makes up the heptathlon while competing in El Salvador.
After her break in Belize, Sealy will be back to training for the rest of the season, particularly for the Summer Olympics in Brazil where she will be participating in the 100m Hurdle competition. She is very excited about the opportunity to represent the country in such an important sporting event, and for that she will be undertaking rigorous training. “I will be concentrating on the Hurdling training, since that is the only activity I will be participating in. For the upcoming weeks, it will be a lot of hurdles and sprint training.” 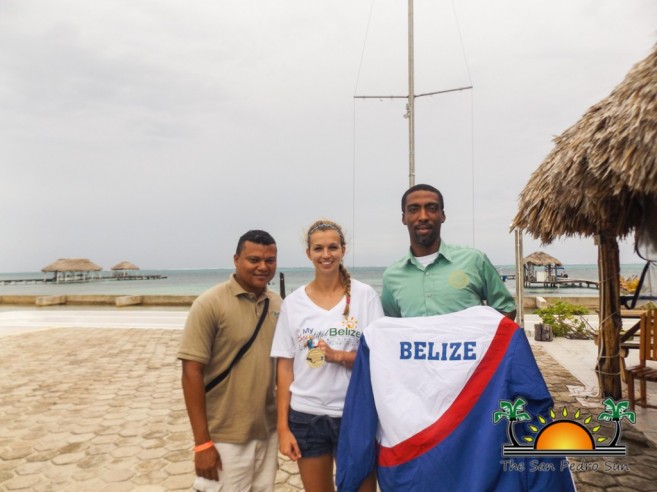 Sealy commented that her parents have been the inspiration and fuel for her love for sports. “My parents have been very involved in sports, and I grew up being part of many sporting activities at school. It has been part of my life and I could not see myself not doing what I do,” she said. She has already set a goal for next year’s Central American games to break the 5000 points record in the heptathlon and capture another gold medal for Belize again.
She advises everyone to never give up in pursuing their goals. “Work hard for what you want, enjoy what you do and dedicate yourself entirely to what you believe is yours,” said Sealy. “If you have a bad day, just remember that a better day will come your way.” 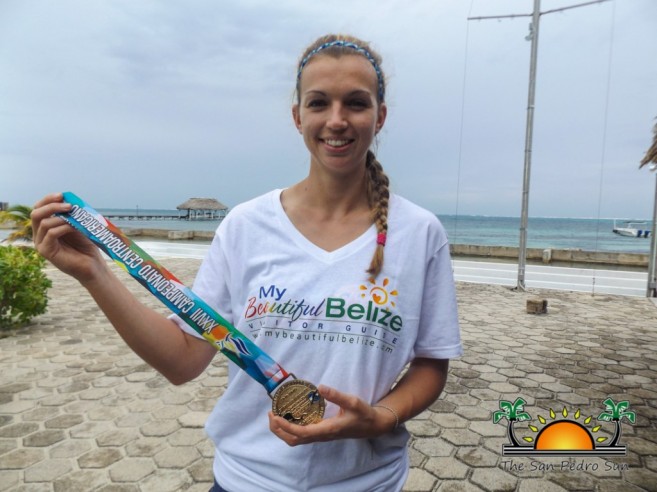 Sealy would like to thank all Belizeans, the Belize Olympic Committee and Athletic Association for their continued support. She encourages more Belizeans to get into sports and join her in this wonderful venture to represent Belize beyond the borders. She invites everyone to follow her on facebook where she will keep everyone updated on her journey to the Summer Olympics in Brazil. She also hopes to interact with other Belizeans who are seeking sports as a way of life. Her facebook profile is https://www.facebook.com/KatyBelize/?fref=ts