Father and son Martin and Jody Leslie competed in the Fifth Edition of the “Wahoo de Plata” International Fishing Tournament in Mahahual, Quintana Roo, Mexico. From Friday, December 2nd to Sunday, December 4th, the Leslies represented San Pedro on their boat ‘Arsenal’, competing against 12 other boats from different municipalities across Quintana Roo and Belize. 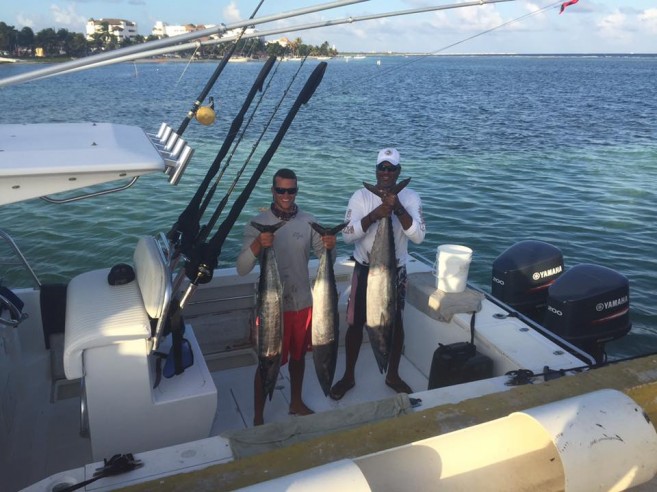 With a passion for sport fishing and competion, the dynamic duo reeled in two prizes overall. They brought in the heaviest wahoo at 46.52 pounds, claiming first place. Second and third place went to Luis Contreras Castillo. The Leslies also took third place for the total accumulated pounds of wahoo.
According to Captain Jody Leslie, the win was not without its challenges. “At first we were discouraged because our fishing was halted on Saturday. Our friend’s engine shut down and after attempting to find the problem, we spent three hours towing them back to Mahahual. Despite not being able to catch wahoo that day, no one beat the wahoo we caught the previous day. My dad and I never gave up, and I’m very happy about the win,” said Leslie. 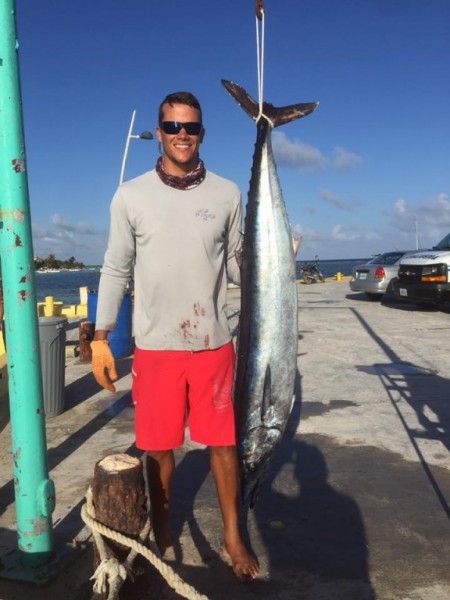 Mayor of Mahahual Wilian Calderón Sánchez, organizer of the Tournament Carlos Pérez Zafra, Mahahual President Luis Torres, and Secretary General of the City Council Roger Peraza Tamayo, attended the closing ceremony and awarded the winners of the tournament. Arsenal captains Martin and Jody Leslie received a grand prize of 100,000 pesos. The second place winner received 40,000 pesos, while third plalce received 20,000 pesos. Fourth prize was a small fishing rod and reel combo.
Tamayo addressed those gathered, lauding the tradition of sports fishing is part of a tradition in the municipality of Othón P. Blanco. He looks forward to continue to gaining support from the government headed by Torres. Torres congratulated the winners, participants, and organizers of the tournament, especially Zafra, for promoting tourism through sport fishing.
Congratulations to the Leslies on their great win, and kudos to your selfless gesture at sea!