The San Pedro Tiger Sharks has officially introduced their team members for the upcoming season of the National Elite Basketball League (NEBL). The new season that starts on Friday, January 13th will once again see Ambergris Caye represented by the two-time NEBL champions. 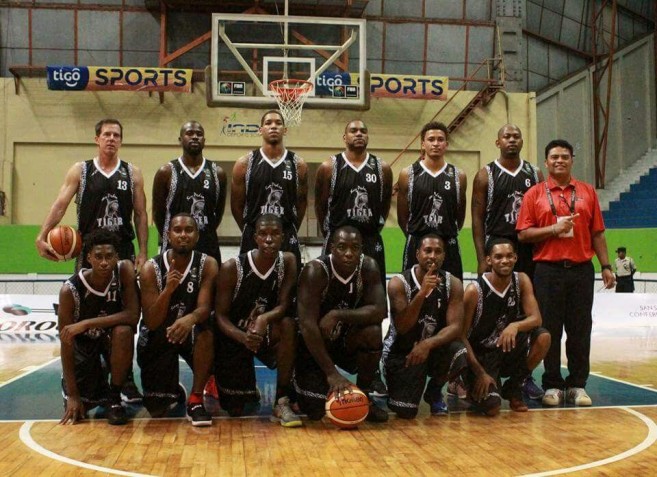 Coach Rico Black is confident and believes that the team is more than ready for a great performance in the national tournament. The members of the team that will join him this season are: Kurt Burgess, Doug Penland, Douglas Valley, Raul Roches, George Williams, Tyron Edwards, Ashton Edwards, Jamal Kelly, Jay Jex, Rassi Jenkins, Afri Black, Jorrett Jones, and Nayib Casimiro.
The island team recently came back from the Central American Basketball Tournament known as COCABA, held in El Salvador. The regional tournament took place between December 13 and 18 of 2016, where they claimed third place for Belize.
Fans are encouraged to come out and support the team and their favourite players.
The San Pedro Sun wishes the Tiger Sharks all the best for this season and will make sure to keep everyone informed on their performance during the competition.