With a final score of 77-62, the San Pedro Tiger Sharks claimed their second victory in the 2017 NEBL season. On Friday, January 20th, the island team faced Orange Walk’s Running Rebels in a competitive match. After an action-packed game, the islanders emerged victorious.
The game took place at the Orange Walk Multi- Purpose Complex, where the Tiger Sharks began the game with a lead, maintaining it throughout the first quarter of the match, which ended in a 22-19 score. At half-time, the island team was up seven points, 37-30. 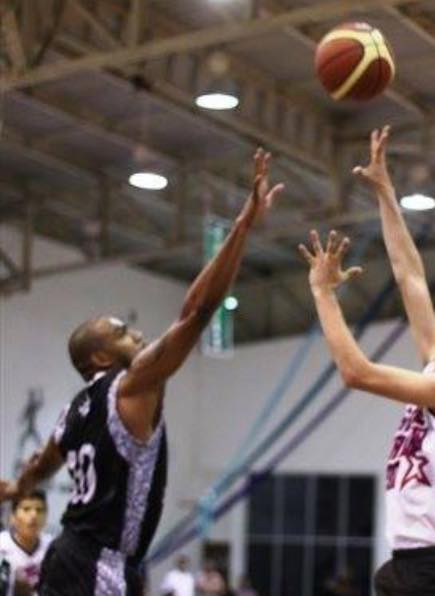 In the second half, the home team tried desperately to catch up, but the Tiger Sharks had no intentions of losing. At the end of the third quarter, the lead was 57-45, still in favour of the Tiger Sharks. In the final quarter, the island team upped their score, securing their second victory with a 77-62 final score.
Ashton Edwards led the game with 23 points, including three shots from behind the arc, and 62% shooting from the field. Raul ‘Thumpy’ Roches tallied 14 points and three boards, while Kurt ‘Chengo’ Burgess tallied 11 points, 10 rebounds, five assists and two steals. George Williams finished the night with a solid double-double, netting 15 points while dishing out 11 assists.
The island team had the lead during the entire game by an 11-2 advantage on second chance points. They also had a high percentage in the control of the game; they shot 53% from the field and 62% from the free throw line.
Also playing during the second week of the tournament, were defending champions, Smart Belize Hurricanes against the Belmopan Bandits. It was a tight match, but the Belmopan Bandits managed to take the close win in a 93-92 point game.
The final game of the weekend was between the Dangriga Warriors and the Belize City No Limit. The game was held at the Belize Elementary School gymnasium in Belize City. The visiting team stole their first victor of the season in an 83-70 point game.
The next set of games are as follow:
Friday, January 27th – Cayo Western Ballaz vs. Dangriga Warriors at Ecumenical College at 9PM
Friday, January 27th – Belmopan Bandits vs. Belize City No Limit at the Belize Elementary gym at 9PM
Saturday, January 28th – Smart Belize Hurricanes vs. San Pedro Tiger Sharks at San Pedro High School at 9PM