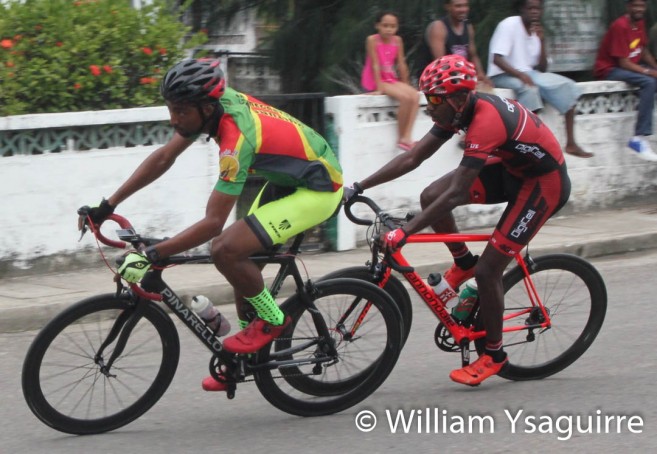 Gabourel clocked 40 minutes on 20 laps over the one mile-circuit from St. John’s Cathedral down Regent Street to the turning point at the Mule Park in front of Belize Bank and back to the cathedral, to win the $150 prize and a trophy in the A category. His teammate Kenroy “Smokes” Gladden was 500 yards behind to win the $100 2nd prize, while Kareem Flowers took the $50 3rd prize. Orson Butler of the Bel-Cal team was 4th, and Kirk Sutherland of the DigiCell 4G team was 5th. 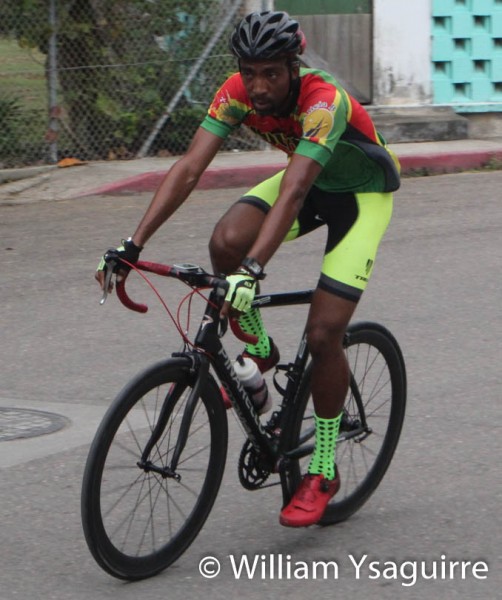 Gabourel’s energy level was truly amazing, as an hour later he was back on the race circuit, competing against riders 10-15 years his junior, in the in the CFB criterium of 25 laps over the same course and amazingly finished 5th! Tarique Flowers of the Benny’s Megabytes team won $100 first prize with Brandon Cattouse of the C-Ray team taking the $50 second prize; and former Cross Country champion Darnell Barrow also of Benny’s Megabytes won the $30 3rdprize. Herman “Hijo” Requena of the Westrac Alliance was 4th. 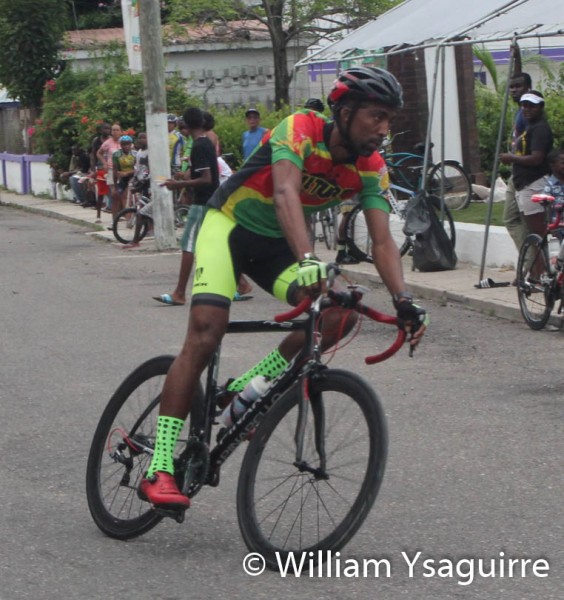 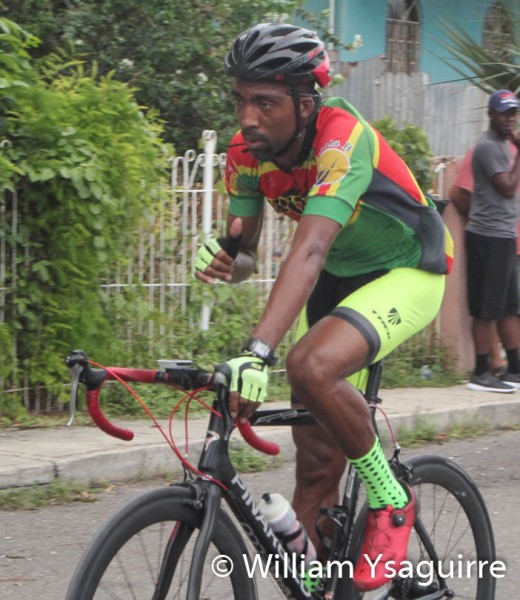 The Santino’s team swept the top 3 places of the B category race over 15 laps of the same circuit, with Clarence Tesecum taking top honors in 41:25 to win the $150 prize and a trophy. Ernest “Bird” Olivera won the $100 2nd prize, and Gilberto Acosta won the $50 3rd prize. Charles Garay of the SMART Zoom team was 4th, and Arden Garay of the BFSC – El Pescador team rounded out the top 5. 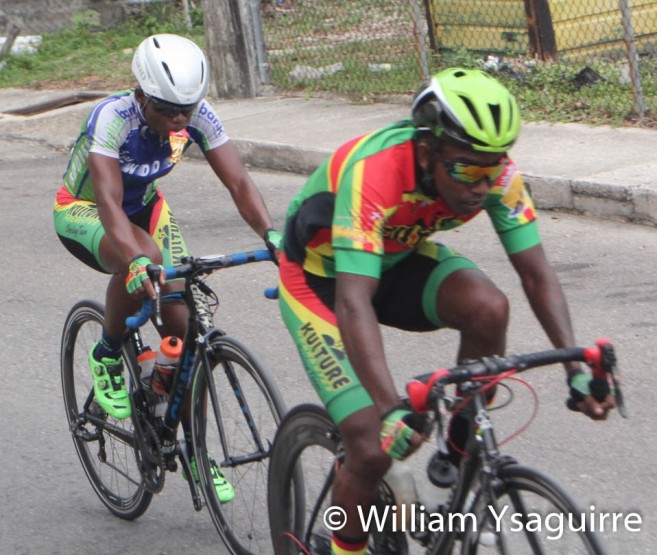 Steve Gill of the SMART team clocked 24:00 over 10 laps to win the $150 prize and a trophy in the C category race, while Charles Bruce won the $100 2nd prize, and Taralee Ordonez and Kaylynn Gillett were 3rd and 4th respectively; Ordonez won a $50 prize. Andrew Bennett of the SMART team was 5th.
Joshua Fuller of the SMART team won $50 first prize in the CFB Juniors’ race of 15 laps, while Nashen Ysaguirre and Darnell Augustine, both of the Marin/Cabral team took $30 second prize and $20 third prize respectively. 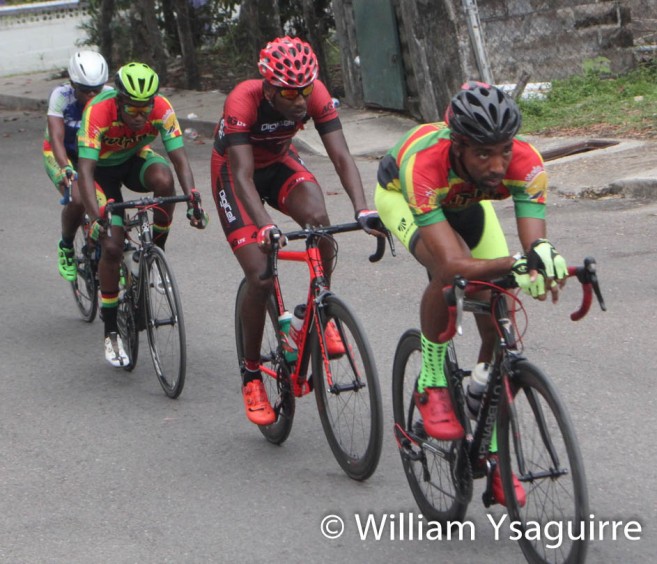 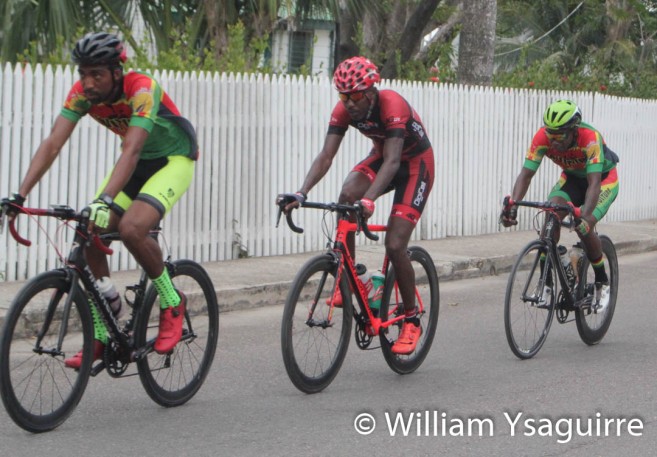