The San Pedro Town Council (SPTC) organized a horseshoe competition on Saturday, November 18th at the Central Park. A total of eight teams joined in the tournament, which started shortly after 1PM. After five plus hours of intense horseshoe hurling, the top three teams taking the prizes for the evening were Alejandro Mejia’s team in third, Frank Edward’s team in second place and Darwin Williams’ team in first. 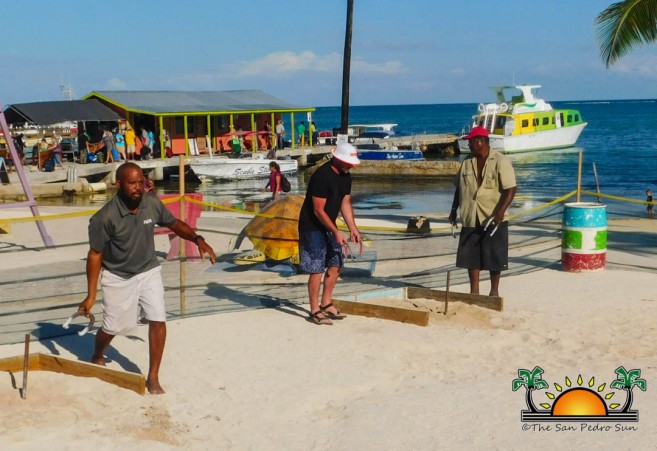 Each team consisted of two players having to win in the best of three games for a chance to play in the championship. One by one, teams began to get eliminated. Mejia and his comrade played hard to stay in the game, but after a couple defeats, they settled for third place. 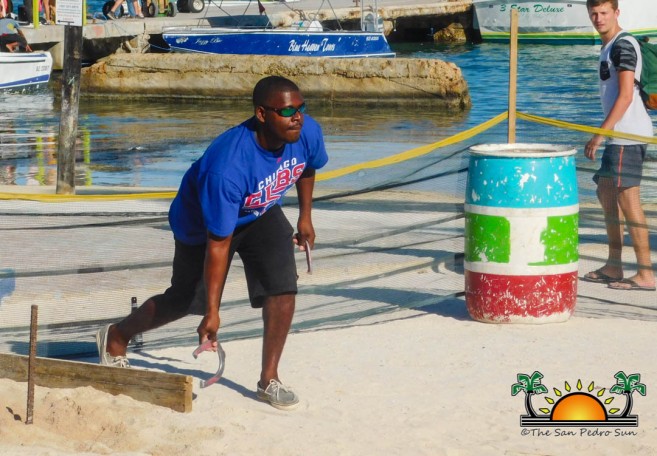 In the last match of the evening, Edwards’ and William’s team faced off. According to Williams, it was a tough match. “You had to concentrate on what you were doing,” he said. “The minimal mistake would make you lose.” 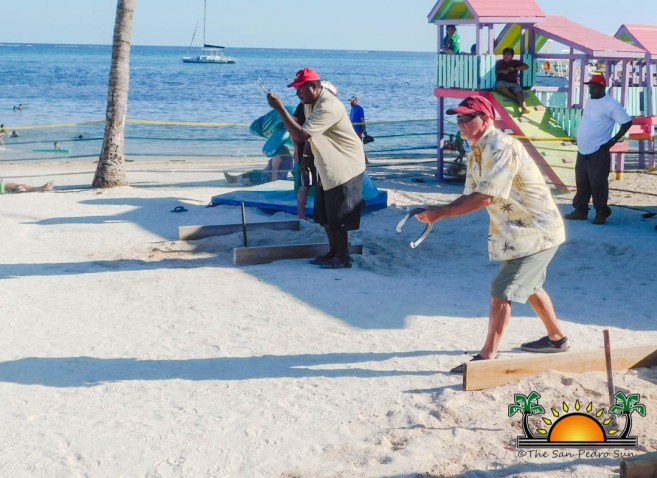 After several back and forths, Williams found the right opportunity and with a great hurl, nailed the game. He and his mate proudly took the first place trophy, while Edwards humbly accepted the second place trophy.

Immediately after the competition, Mejia was awarded for best pitcher of the tournament.
The SPTC thanked all their players for participating and everyone else who came to support the teams. Organizers announced that they are looking at the possibility of holding another competition very soon, date to be announced.