Hoping to prepare for the upcoming season of the Premier League of Belize (PLB), a friendly football match was held on Saturday, December 30th at the Ambergris Stadium in San Pedro Town, between the San Pedro Pirates F.C and Caye Caulker F.C. The match, saw the best of both teams, but at the final whistle, it was a clear 6-0 victory for the home team. 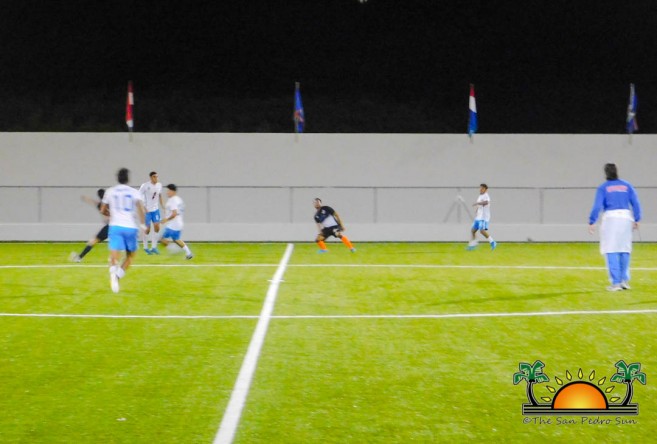 Shortly after 8PM, the match started with both teams giving their best to open the scoreboard. However, the skills of the Pirates was clearly shown on the field, as in the first minutes of the game Jesse Smith scored three goals in a row for the home team. The match continued with both teams striving to net more goals. Pirates Nestor Cerpa then scored two more goals for his team, ending the first half with a 5-0 lead.
Within the first minutes of the second half, Caye Caulker F.C made several close attempts at netting a goal but were unsuccessful. The game continued with crosses and passes. It was until minute 45, that the San Pedro Pirates netted another goal, courtesy of Ian Pou; the long whistle was then blown, with the victory going to the Pirates with a 6-0. 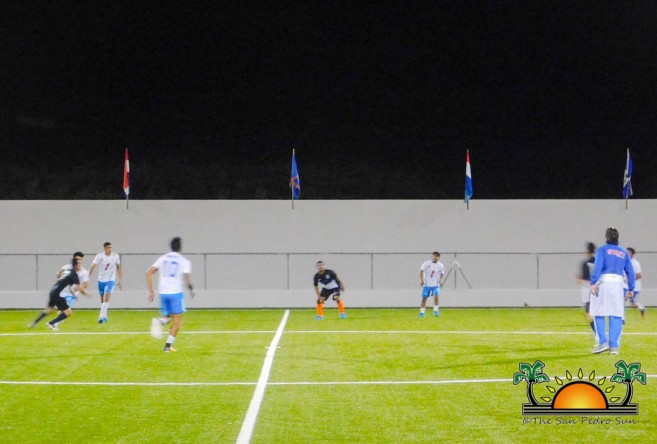