The first match of the day saw San Pedro’s Hammerhead Sharks facing the Belize City Spartans. It was a clear victory for the Hammerhead Sharks, who trumped the Spartans 30-10. The following match saw the San Pedro Turtles taking an easy 51-20 point victory over Kings Park Knights. Thereafter, the San Pedro Snails took on the Belize City Spartans in a tight match that saw the Snails emerging victorious with a 36-20 point total. 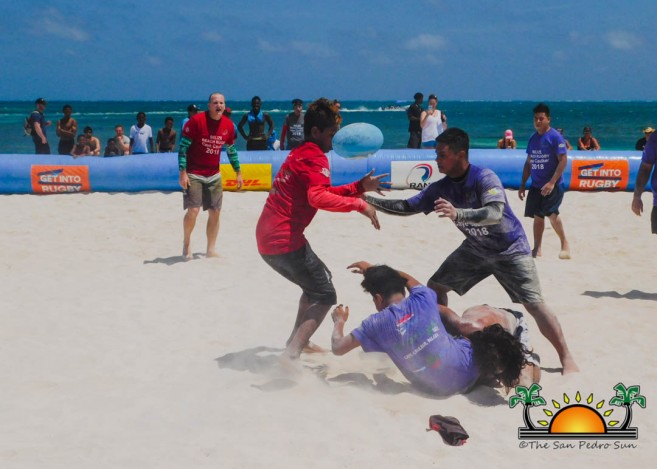 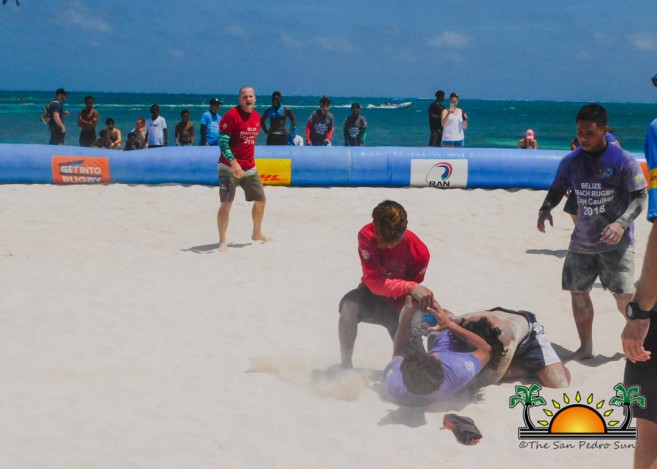 After all the games had ended, the total points accumulated throughout the day were tallied, and the team with the most points was named the champion. With a grand total of 176 points, the San Pedro Turtles were officially named the 2nd Annual Beach Rugby Tournament Champions. “Most Valuable Player” was Ruben Olivarez of the San Pedro Turtles. In second place was the San Pedro Hammerhead Sharks, with 135 points, and rounding out third place were the San Pedro Snails, with 96 points. With 60 points total, the Belize City Spartans placed fourth, and in fifth place with 45 points were the Kings Park Knights. Founder and coach of the San Pedro rugby teams, Adrian Ryan was proud of his teams. “All three teams really stepped up and showed what San Pedro can do. It was clear from every match that the San Pedro teams had complete control of the ball,” he said.