The San Pedro High School (SPHS) male and female softball teams returned to the island as champions and sub-champions, respectively, from the 2018 National Secondary School Sports Association (NSSSA) Softball Nationals. The tournament took place in Orange Walk Town from Friday, March 23rd to Saturday, March 24th at the People’s Stadium where the best secondary schools from the north, central and south regions of the country convened for a weekend of fun and intense competition. 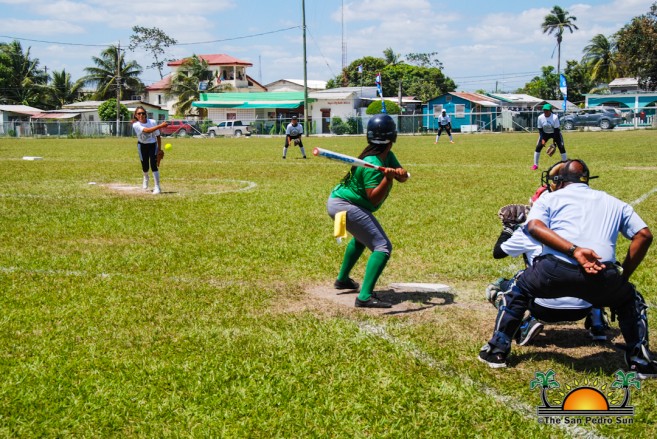 Both SPHS’s teams traveled early on Friday morning to Orange Walk and in the evening they played their first games in the competition. The island girls had a very challenging match against the softball team from Independence High School. The game went on for almost three hours in an intense battle that saw the SPHS female team almost losing the game. The score gap was tight throughout the game until the very last inning in which the island team finally emerged victorious with a close score of 31-30. Meanwhile, the female team from Edward P. Yorke overcame the team from Belmopan Baptist High
School. With these wins, SPHS and Edward P. Yorke advanced to the championship match the next day. 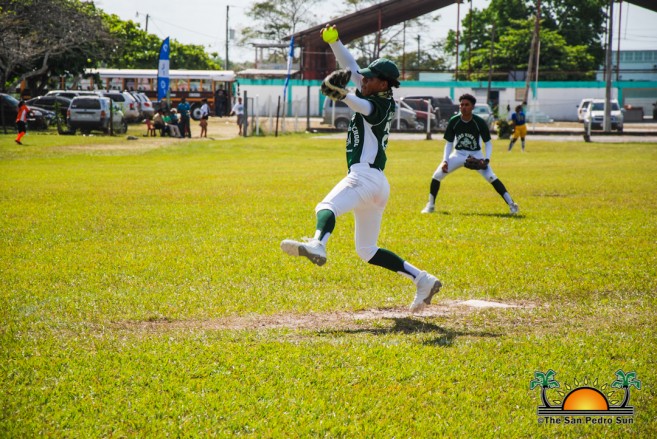 Also facing off that evening were the island boys who took on Independence High School (IHS). Both teams knew that a win was crucial in order to advance to the championship match the following day. SPHS’s pitcher Christian Orellana kept leading the team to an 11-1 mercy-rule win against IHS. In the second male match, Edward P. York boys won against the male team from Belmopan Comprehensive School (BCS). The championship match was set to be between SPHS and Edward P. Yorke in the male division.

On Saturday, March 24th the female team from IHS defeated the girls from Belmopan Baptist taking home the third place. A few minutes later the SPHS female team was on the diamond pitch challenging the defending champions from Edward P. Yorke. SPHS’s pitchers Sueny Vasquez and Blanca Vasquez did their best to lead their team by way of striking out many of the Yorke players, but it was not enough, as Yorke’s Hanna Usher and Shana Bood kept their team ahead capturing the championship in the end with a mercy-rule win over 25-2. The island girls had to settle for second place as the sub-champions. 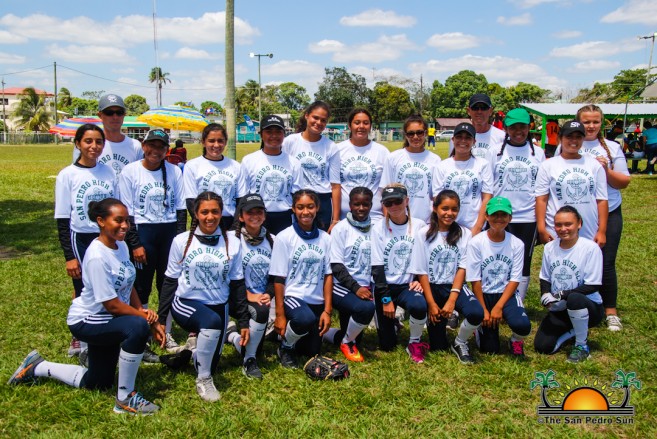 The last game of the day was met with loud cheers from the bleachers as many supporters gathered. The defending male champions from SPHS were determined to win against Edward P. Yorke. In the first three innings of the game, SPHS were falling behind as Yorke’s Johantan Lauriano kept pushing his team and getting runs after runs. But SPHS kept battling with Christian Orellana striking out players from Yorke, while Christian Trejo made several plays that ended up in important scores for his team. It was in the bottom of the fifth inning that the island team upped their game and took a significant lead that guaranteed their victory. With a final strikeout by Orellana defeating Yorke’s batter, the island boys claimed their back-to-back victory as the 2018 male champions of the NSSSA Softball Tournament with a score of 12-8.

Immediately after, individual awards along with trophies and medals for the winning teams were presented. SPHS players shone with awards at the short ceremony. Aaliyah Pilgrim was awarded for the Most Stolen Bases, while Sueny Vasquez was recognized for the Most Strikeouts. Christian Trejo took the prize for the Most Runs Batted In, while Christian Orellana scooped the Most Wins, Most Strikeouts, and Most Valuable Player (MVP) prizes. 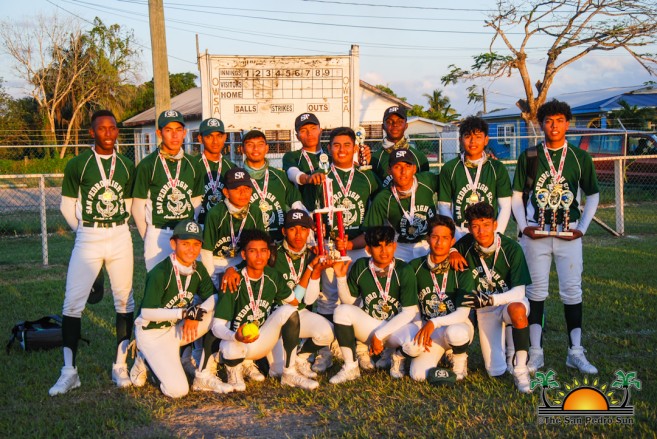 The San Pedro Sun joins the entire island in congratulating the SPHS male and female softball teams on a job well done at this year’s Softball Nationals.

Belize to face Canada in third round of World Cup Qualifiers