Island fans of Mixed Martial Arts (MMA) are in for a treat, as Martin Dawson and his Pit Fighters training school, along with Primmates Chetumal training school, and Chetumal Xtreme Cage (CXC) League will host the first ever MMA tournament on the island on Saturday, October 20th, at 8PM at the Honourable Louis Sylvestre Sporting Complex. The event will see several different matches with fighters from Belize and Mexico. 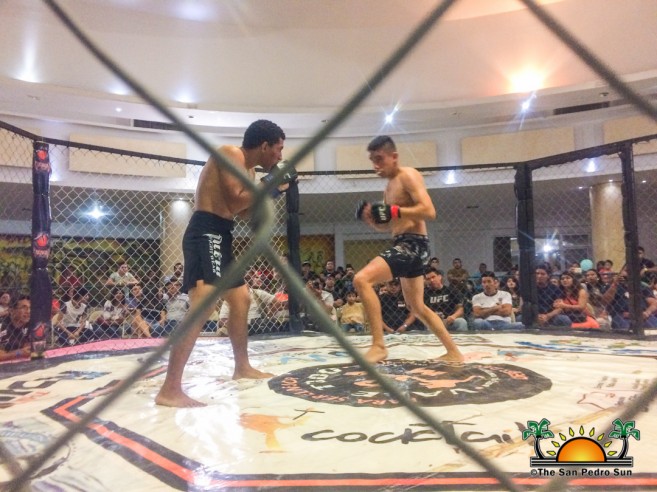 An official event to announce the MAA tournament will be held on Sunday, September 2nd at Caribbean Villas in San Pedro Town at 4PM, which will include a meet and greet session with the fighters representing Belize. Tickets for the event will be on sale, starting at $25 for general admission and $35 for VIP seats. 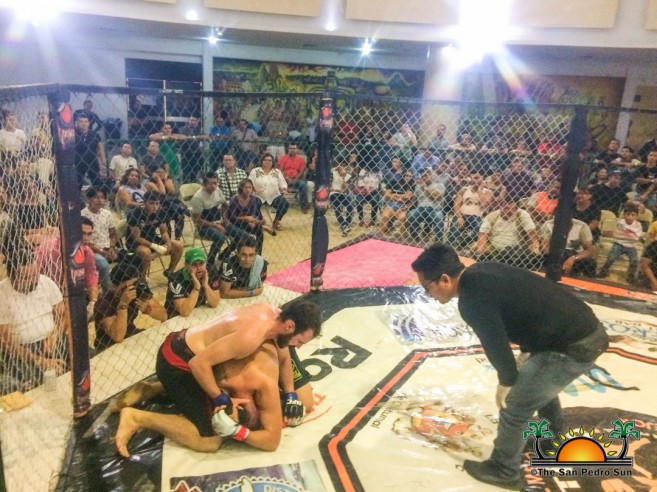 Nine fights are confirmed for the event, and representing Ambergris Caye will be Allen Cawich, Bryce Peterson, Alvaro Alvarez and Martin Dawson. The tournament will also include a female match and a championship fight in the 145lb division. Dawson told The San Pedro Sun that he is happy to bring the event to the island and hopes that more people on the island will show interest in the sport. Sergio Rosado from Primmates said that this will be an opportunity to promote the sport on the island and the CXC league as well. Rosado hopes that this will be the first of other like events to be held on Ambergris Caye. 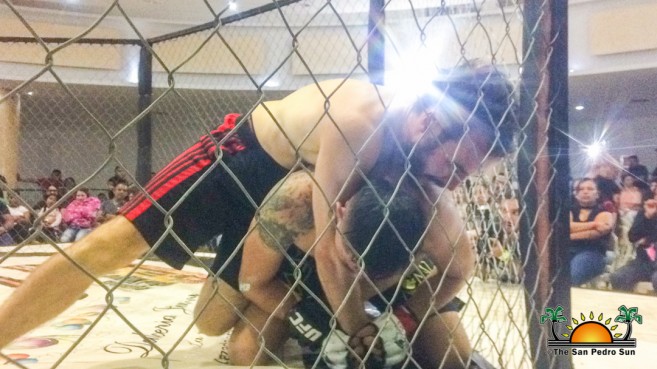 Dawson and Rosado invite the island community to come and witness the presentation of the tournament this Sunday, where they can learn more about the event. For more information about MMA or tickets for the event, contact Dawson at 605-2110. 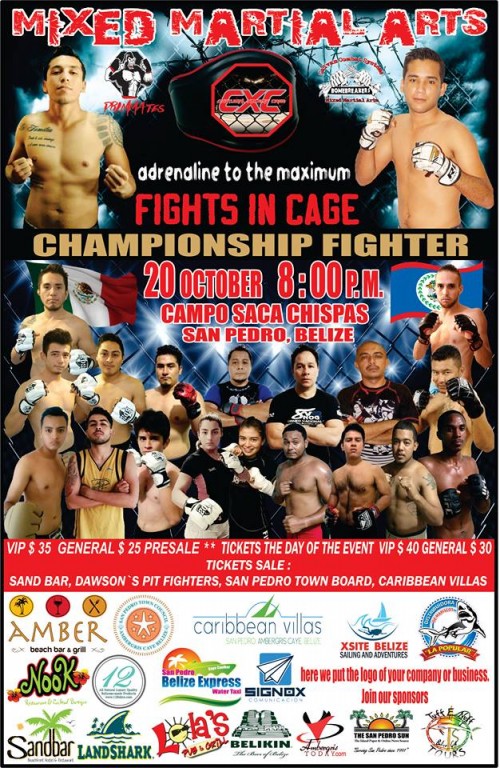