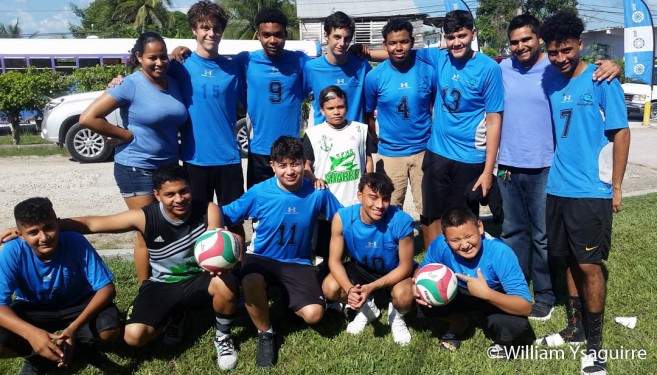 After winning the Northern Zone championship at the same venue on October 27, the SPHS Sharks represented the north at nationals. They dominated the Western Zone champions – the Mopan Technical High School boys in the consolation match for 3rd place on Saturday morning. 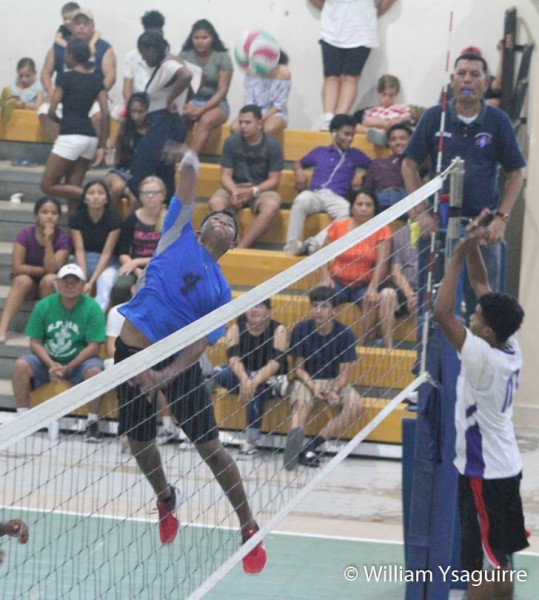 Tyler McGlynn led the Sharks’ offensive, hammering 17 hits at the net on balls set by Ian Pou, he also served 4 aces for 21pts total. Ernest Arzu and Eric Longsworth both scored 12pts, Arzu hammered 11 kills and a kill block; while Longsworth scored hammered 9 kills, 2 kill blocks and 1 service point, for the Sharks to win the 2nd: 25-12. 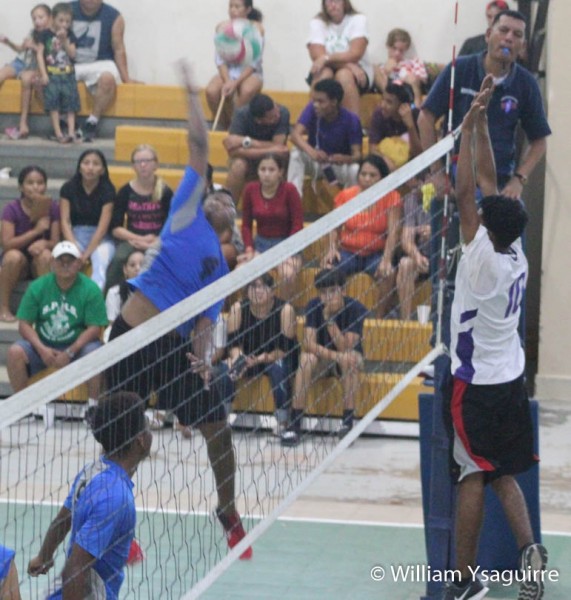 Max McGlynn hammered 8 kills and served an ace, Leonard Lopez spiked 3 points, and served an ace, while team captain Ian Pou scored 5pts, tricking the ball over the net twice and serving 3 aces to win the next 2 sets: 25-19, 25-19. The Sharks benefited from their opponents’ 37 errors, but conceded 42 points by unforced errors and service faults. 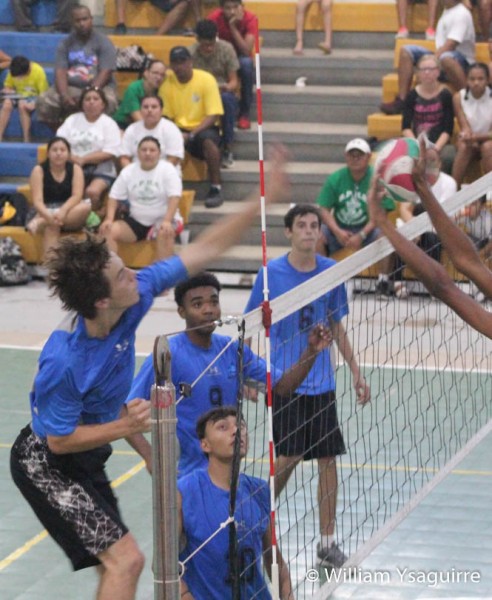 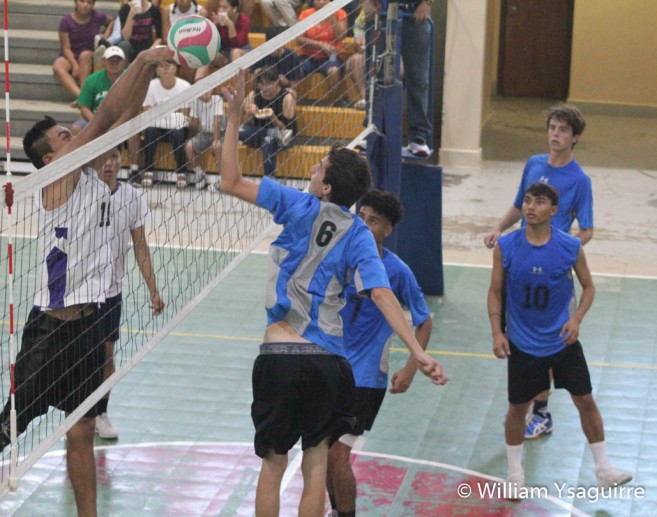 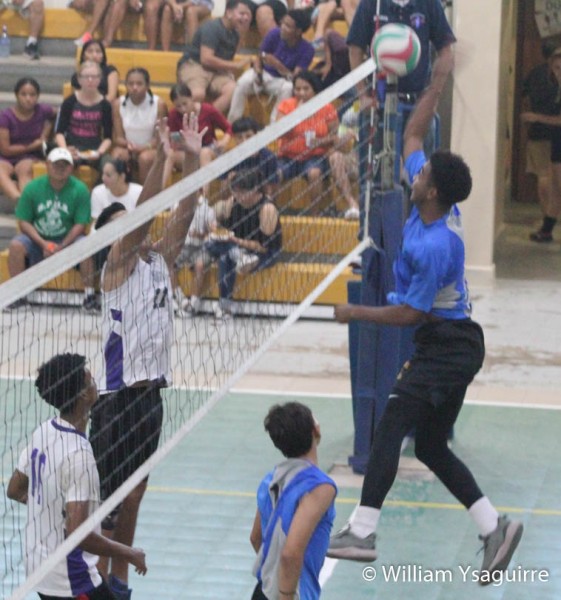