The island’s basketball team, the San Pedro Tiger Sharks, has officially introduced its team for the 2019 National Elite Basketball League (NEBL) tournament, which starts on Friday, January 18th. The two-time NEBL champions will be playing their first game of the season away from home, facing the Orange Walk Running Rebels on Saturday, January 19th in Orange Walk Town. 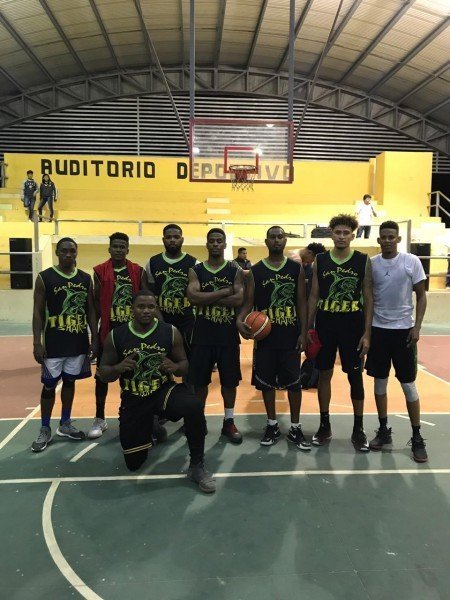 The team is once again being coached by basketball veteran Rico Black, alongside assistant coaches Darren Bovell and Travis Santos. Rico told The San Pedro Sun that they are coming with a solid team this year, and he asks the entire basketball community on the island to come out and support the Tiger Sharks this season. The 2019 San Pedro Tiger Sharks are Doug Penland, Douglas Valley, Raheem Baptist, Kyle Young, Kurt Burgess, Jihad Wright, Ashton Edwards, Winston Pratt, Francis Arana, Gene Myvett, Tyrone Edwards, Martavious Adams, Louis Pitterson, Keith Pollard, and Brandon Rogers.
During the 2018 NEBL season, the team fell short from reaching the championship game after being eliminated in the semi-finals.
In the meantime, the Tiger Sharks have been practicing Belize City and have been playing games in Mexico before the beginning of the season. The San Pedro Sun wishes the Tiger Sharks all the best for this season and plans to provide coverage of their 2019 season.