The Premiere League of Belize (PLB) Closing Season 2018-2019 began this weekend with four matches taking place across the country. For the San Pedro Pirates F.C, their first match was against Verdes F.C at the Norman Broaster Stadium in San Ignacio Town, Cayo District on Sunday, January 13th. The island team fought hard to start this new season on the right foot but fell short against Verdes F.C, in a match that ended with a 1-0 score point. 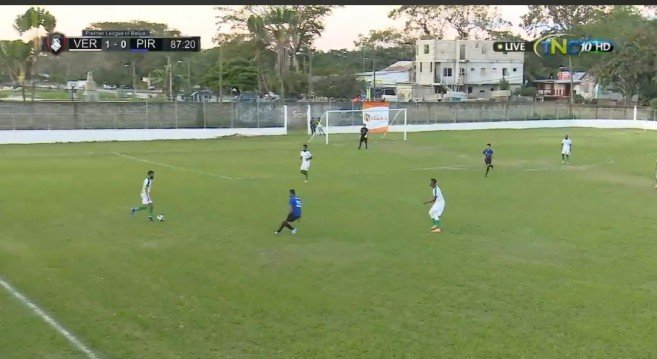 The match began promptly at 4PM with both teams going hard for the victory. Throughout the entire first half, both teams controlled the ball equally with no goals, leaving the first half with a 0-0 score. 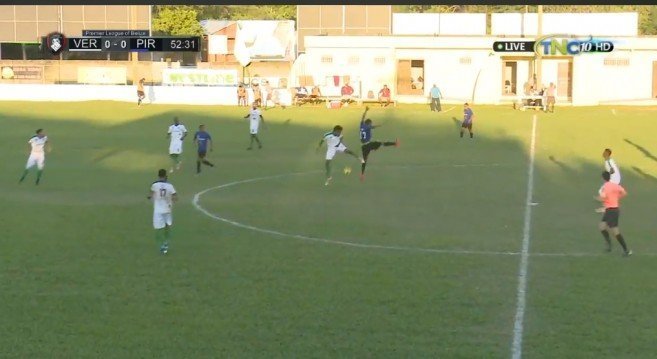 In the second half, both teams continued to show a strong defense. With the game time almost up, fans loudly demanded a goal from both teams. At minute 87, Verde’s Elroy Smith found his way to the net and scored a goal for his team, giving the Verdes F.C’s their first victory of the season. 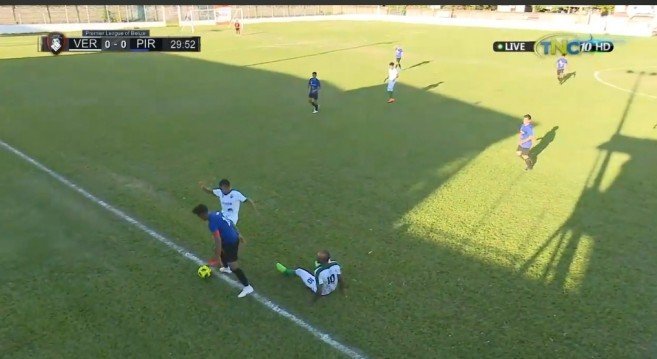 Other matches taking place during the week included Freedom Fighters defeating Police United F.C 3-1, Assassin Altitude F.C winning 2-1 against Belize Defense Force (BDF) and a tight match between Belmopan Bandits and Wagiya Sporting Club which ended in a 0-0 draw.
The current standings of the PLB have Freedom Fighters F.C, Verdes F.C, and Assassins Altitude F.C at the top of the chart with three points each. Following the top three teams are Belmopan Bandits and Wagiya Sporting Club with one point each. Yet to make it on the chart is San Pedro Pirates, BDF and Police United F.C. 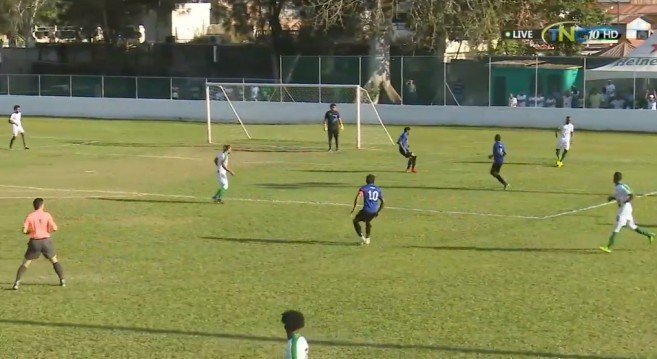 For their next match, the San Pedro Pirates will be playing at home against Freedom Fighters on Saturday, January 19th. The match is scheduled to begin at 7:30PM at the Ambergris Stadium in San Pedro Town. All Islanders are invited to come out and support the island team.