Belize’s National Amateur Women’s League (NAWL) Closing Season began this weekend at the Ambergris Stadium in San Pedro Town on Saturday, February 2nd. The match saw both San Pedro Invaders and Corozal Scorpions playing hard to start the new season with a victory, but at the end of the game, it was a 4-4 draw. 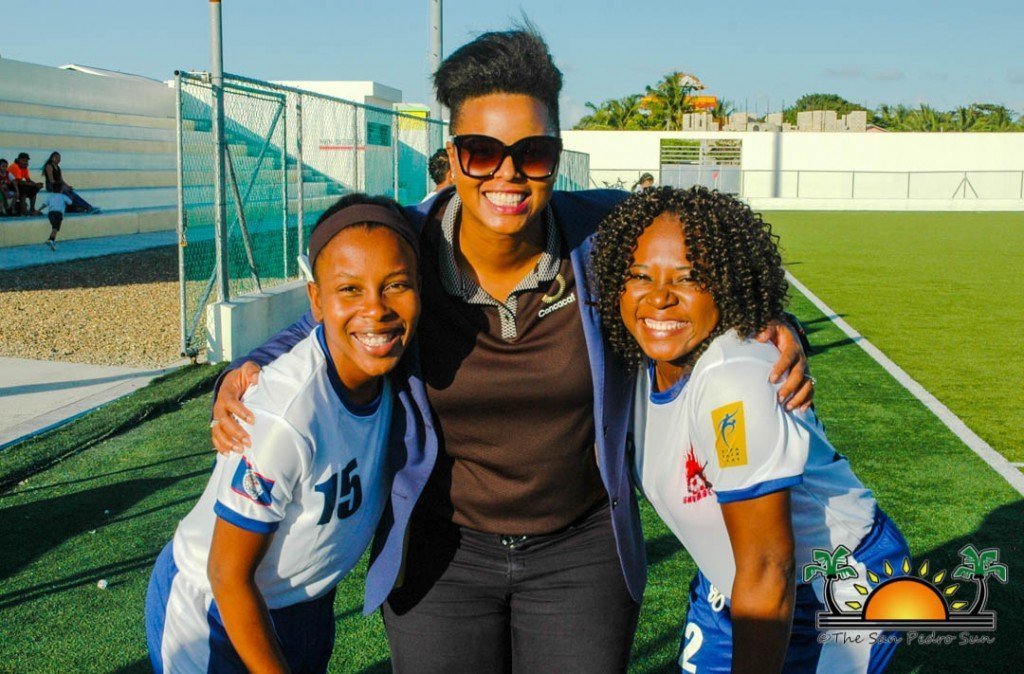 Before the match, Head of the Confederation of North, Central American and Caribbean Association Football (CONCACAF) Women Football Karina Leblanc shared a few words of motivation with the players. Leblanc is a retired US-born Canadian soccer goalkeeper who played for the Chicago Red Stars of the National Women’s Soccer League and the Canadian National Team. She represented Canada at five FIFA Women’s World Cups, at the 2008 Olympics, and two Pan American Games. In fact, she helped her team win the gold medal at the 2011 Pan Americans Games by stopping two penalty shots in the finals. 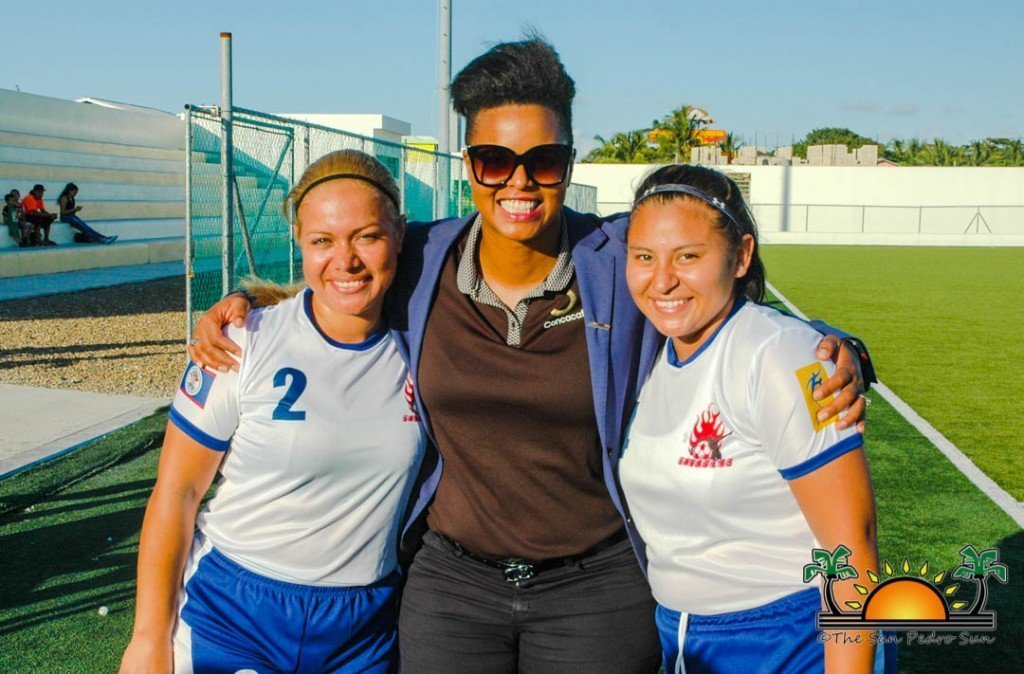 The match began promptly at 5PM, and both teams were determined to win. The Corozal Scorpions netted their first goal at minute seven of the match, courtesy of Miriam Martin. Two minutes after, Corozal’s Maindy Canul found her way to the net and scored another goal. Under 10 minutes in the match and the island, team was already feeling the pressure. The Corozal Scorpions maintained control of the ball, and the San Pedro Invaders were unable to score. The match went to its halftime break with Corozal Scorpions leading 2-0.

After the break, the visiting team continued to control the ball. However, at minute 68, that all changed when San Pedro’s Erica Vallecillo found a way to nail the first goal for her team. Three minutes after, Vallecillo got another clean opportunity and scored a game-tying goal. At minute 73, Corozal Scorpions’ Gabriela Cowo answered with a score of her own. San Pedro’s Ariene Benguche then responded with a goal at minute 75. It was like a shoot-out, with both teams responding to each other via goals. Seeking to secure the victory, San Pedro’s Esther Galeano nailed another goal at minute 86. Leading 4-3 with just a few minutes before time was up, the San Pedro Invaders tried their best to keep the defense strong. However, Corozal’s Aneli Eck found her way to the net and nailed a solid game-tying goal for her team. The long whistle blew, with the match ending in a 4-4 draw. 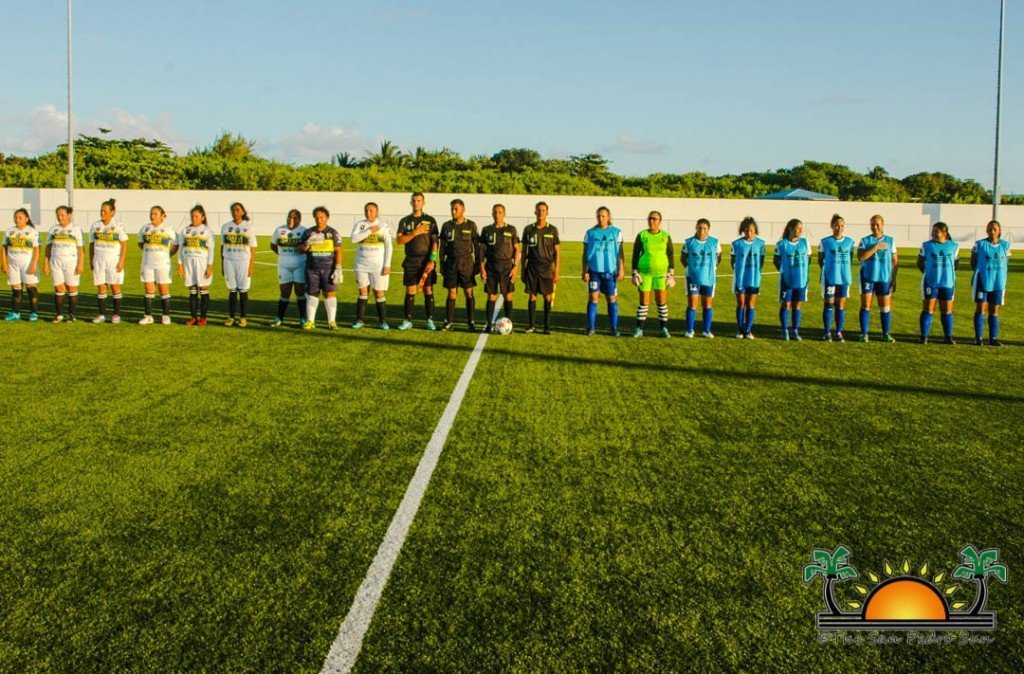 The NAWL closing season current standings have Black Orchids F.C, Verdes Rebel’s F.C, Jewel Furry, Rumberas F.C and Altitude F.C at the top of the chart with three points each. San Pedro Invaders and Corozal Scorpions have one point each. Yet to make it on the chart are Orange Walk Gladiators, Maya Hills Royals F.C, Griga Puma’s F.C, Ladies Freedom Fighters, and Santa Elena Strikers.

For their next match, San Pedro Invaders will be traveling to Orange Walk Town to face Orange Walk Gladiators on Sunday, February 10th. The game is scheduled to start at 3PM at the People’s Stadium.

First-ever Spearfishing Tournament to be hosted in San Pedro