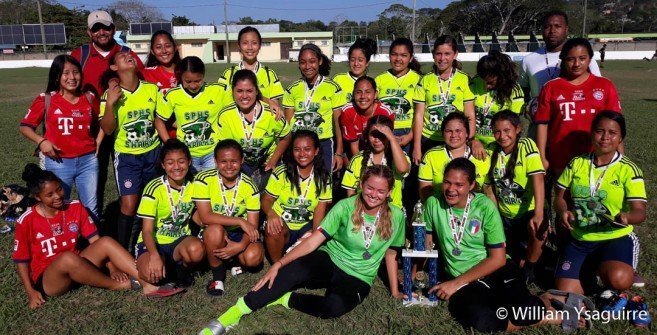 In Game One Friday afternoon, the San Pedro girls qualified to the finals by a 1-0 win against the Southern zone champions, the Delille Academy girls. Myranie Hyde and Abrianna Sierra led the Isla Bonita offensive, supported by Aaliyah Pilgrim and Dulce Leiva on the wings, and Tanya Teul and Sophie Guan and at midfield. Shadette Lino led the Delille defence, with the help of Melissa Lemus and Anika Ramos, but they were no match for SPHS formidable Normalee Gomez who drilled the winning goal past Delille’s goalie Mary Lucas in the 9th minute, for SPHS to lead 1-0 at the half. 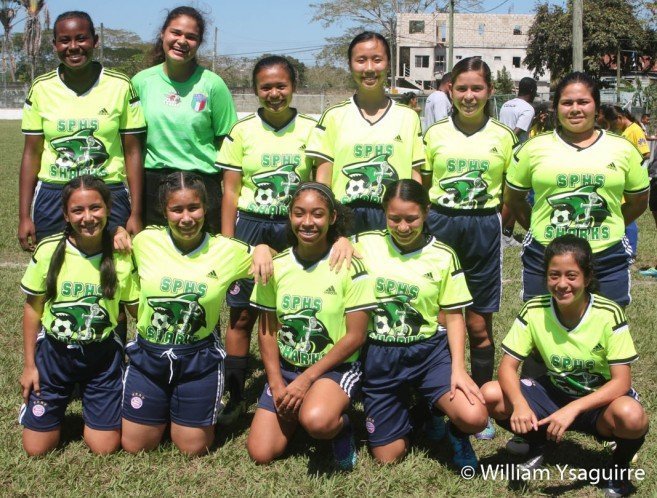 Bernadine Sebastian and Taryn Arnold led Delille’s counterattack, supported by Deshawn Acosta and Marla Hyde on the wings, and Michelle Estero and Antoinette Marin at midfield. But Normalee Gomez now anchored the Isla Bonita defence, along with Aura Lopez, Samira Sorto and Jairy Acosta. SPHS goalie Dennisa Mairena dominated the web to shut out the Delille girls until the final whistle. 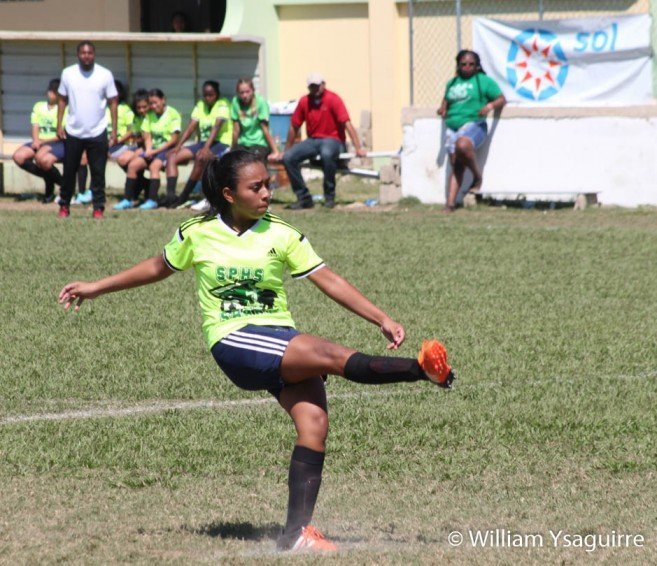 In Game Two Friday evening, the Western zone champions – the Belmopan Comprehensive School girls also advanced to the finals by a 1-0 win against the Central Zone champions – St. Catherine’s Academy girls, when Yessica Galicia scored the winning goal in the 2nd minute. 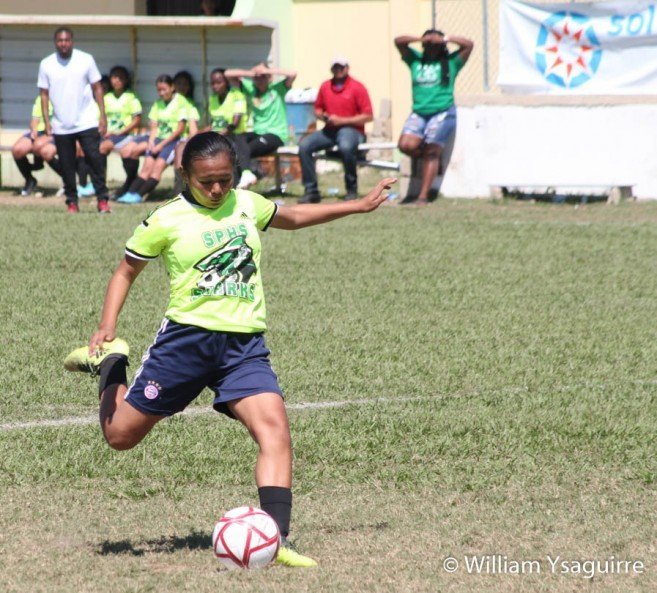 In Game Three the consolation match for 3rd place on Saturday morning, the St. Catherine’s Academy girls had to go to double overtime to win 3-2 against Delille Academy, with 2 goals by Best Striker Aaliyah Herbert, after Caylie Rodriguez score SCA’s 1st winning goal. Delille’s Bernadine Sebastian and Taryn Arnold had equalized 2-2 in regulation to force the game into overtime. 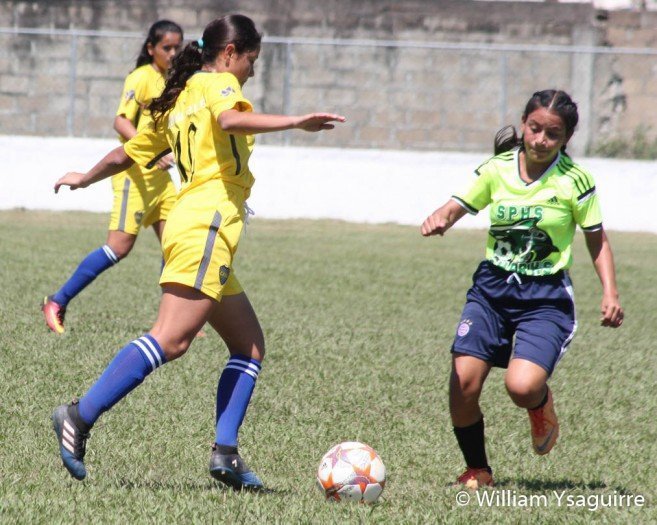 In Game Four the championship final Saturday afternoon, the Isla Bonita girls held off the Belmopan girls’ attacks for 40 minutes of regulation and 10 minutes of overtime, forcing the game to a penalty shootout. Unfortunately Normalee Gomez was injured during regulation, and was helped off the field, with Mailin Garcia coming off the bench to replace her. 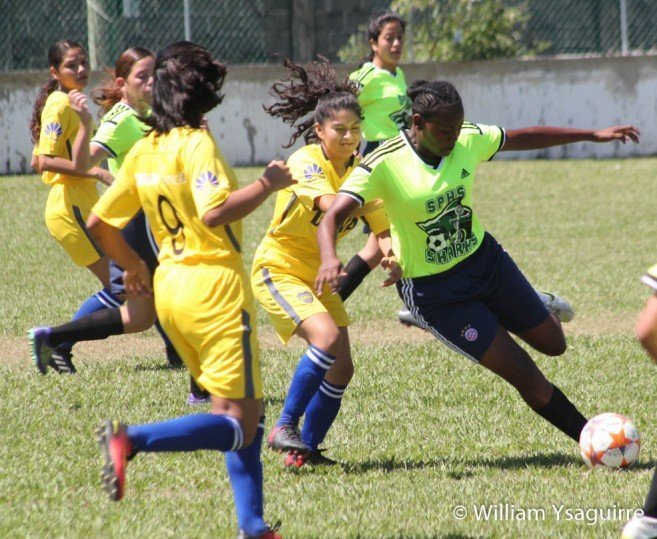 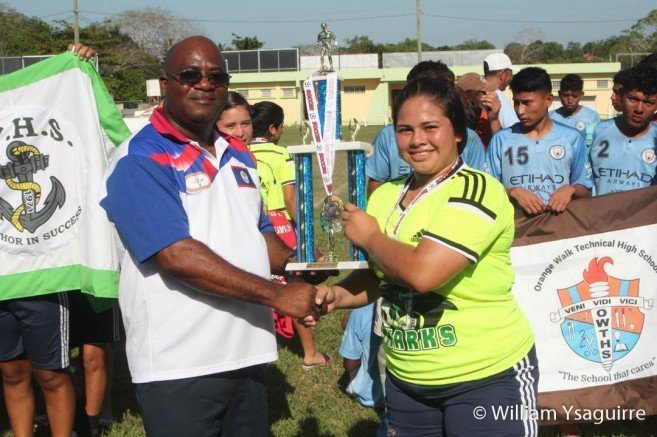 Photos:Boca del Rio Park inaugurated with a Day of Sports