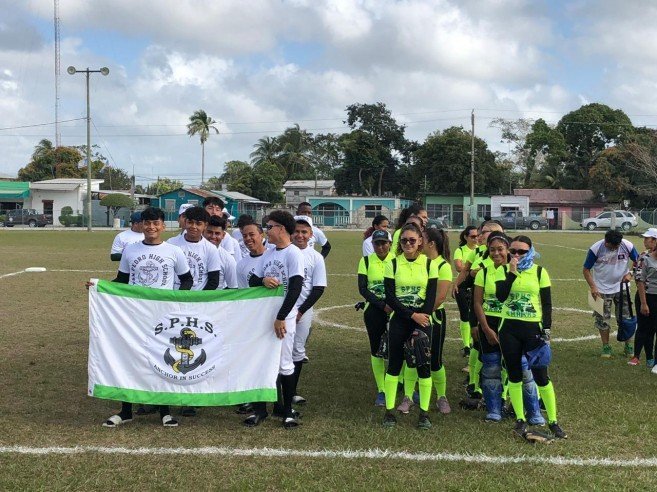 The island teams traveled a day before to play the first games early on Saturday. In the female division, SPHS played against ESTM. This team had proven to be a tough one in previous tournaments, but this time they were no match for the island girls, who won the match in a 20-0 no mercy rule. A homerun from Denissa Mairena and the strikeouts by Sueny Vasquez were instrumental in their first win. The mercy rule is used when a sporting event comes to an early end when one team has a very large, presumably insurmountable lead over the other team. With this win, the SPHS female team was heading for the championship match in the female category.
The second game of the day saw the male team from CCC falling short to OWTHS 10-9, after an intense game. With this loss, the CCC team was automatically eliminated. The next match saw the female teams back on the pitch with OWTHS easily overcoming the female softball team from Muffles with a final score of 20-10. OWTHS had secured its place to compete for the championship against SPHS.
The following game was in the male division and would determine which team would advance to the finals. The SPHS boys took to the pitch with a solid start, beating ESTM male team with a 27-0 no mercy rule. The island team was now heading into the finals determined to claim the championship. 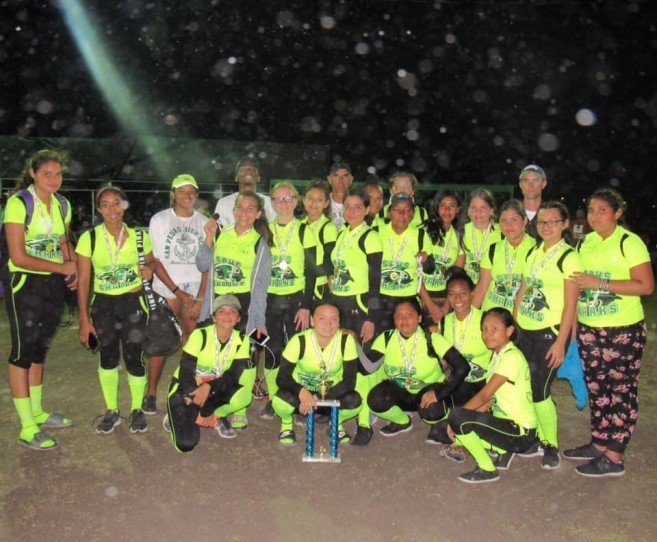 Meanwhile, in the female championship match, SPHS took a good lead against OWTHS, who gave the impression that they were no match for the island girls. SPHS’ Ivana Nuñez, Aaliyah Pilgrim and Caroline Sersland upped their score near the end of the last innings. OWTHS could not make a comeback, and SPHS easily claimed the victory with a 15-2 no mercy rule in the bottom of the third inning. The SPHS softball female team will now be representing the island at the National Tournament.
The last game of the day to determine the champion male softball team was a tight play between SPHS and OWTHS. SPHS male team took the lead, but OWTHS came back and took the lead with a score of 11-8. As the Northern Regionals champion in the male division, OWTHS are heading to Nationals. This marks the first time in several years that the SPHS male softball team did not win the Northern Regionals and will not participate in the Nationals.
Immediately after the teams were awarded with their trophies, the SPHS girls proudly accepted their first-place hardware and have vowed to do their best to bring home the National Championship. The SPHS male softball team had to settle for second place. The award for the Most Valuable Player in the female division went to SPHS’ Sueny Vasquez and in the male category it went to Andir Chi from OWTHS.
The San Pedro Sun congratulates the SPHS Female Softball team on their big win, and we join the community in extending the best of wishes to them at the National Tournament.