With their loss against Barrack Road F.C on Sunday, June 16th Los Catrachos F.C’s run in the National Amateur League Championship (NALC) has come to an end. The second round of the NALC Quarterfinals was a crucial match for the island team, as they had to win in order to advance to the semifinals. 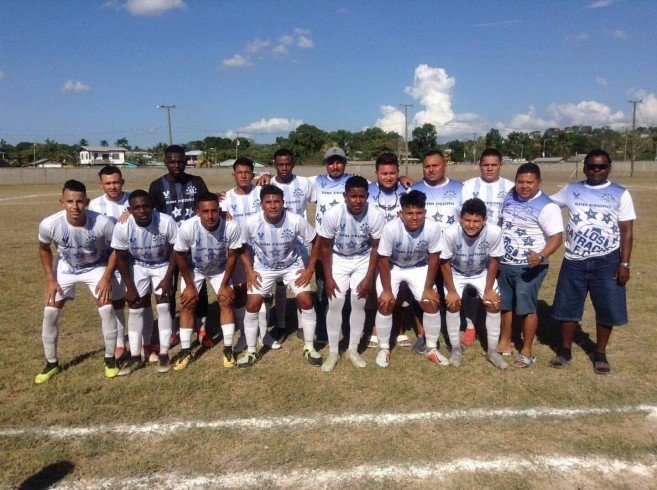 The match kicked off at 4PM inside the MCC Ground in Belize City, with both teams going hard on each other. Determined to take the victory, Barrack Road scored their first goal at minute 20, courtesy of Steven Baeza. Ten minutes later, Baeza found another clean opportunity and netted a second goal for his team. The island team fought hard to score a goal, but all attempts were futile. The first half came to an end with Barrack Road F.C leading 2-0.
In the second half, the home team continued controlling of the ball, and nailed a third goal within just few minutes of the match courtesy of Leocadio Briceno. At minute 57, Barrack Road’s Kevon Alvarez found his way to the net and nailed a goal for his team. Not satisfied as yet, Alvarez managed to score a next goal for Barrack Road F.C. As to secure a solid victory, Barrack Road’s Jael Ottley nailed the sixth goal for his team at minute 90. The long whistle then blew giving Barrack Road F.C a 6-0 victory, and advancing to the NALC Semifinals playoffs with a 11-2 aggregate score.
The top four teams that will be competing for the title of 2019 NALC champions are Ceasar Ridge F.C, Barrack Road F.C, Roaring Creek United and Club Atletico F.C.