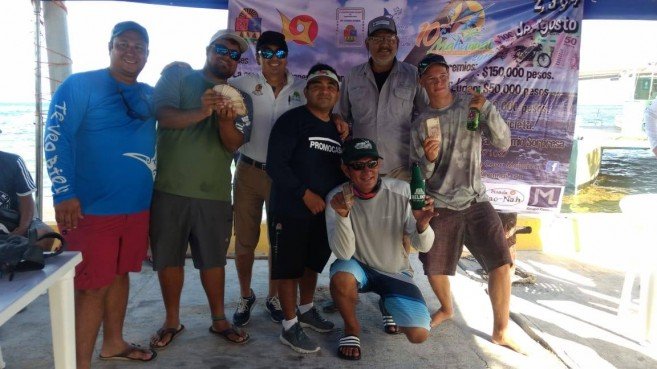 After two days of intense fishing among the 14 participating vessels, the 10thedition of the Copa Mahahual Fishing Tournament came to an end with San Pedro Team ‘Reef Shark’, captained by Dominic Novelo, taking the grand prize. They managed to register the highest score for the entire tournament, with 1,715.30 points and walked away with the grand prize of 150,000 pesos. Second place went to team ‘Reel Challenge’ captained by Enrique Marin. They accumulated 1,251.40 points and walked with a 50,000 pesos cash prize. Chetumal’s team ‘Emilse’ captained by Roberto Quijano placed third with 1,202. 40 points and they won 30,000 pesos. The fourth place went to team ‘La Negrita’ from Mahahual who was captained by Carlos Perez and registered a total of 963.80 points and won a motorcycle. Team ‘Reel Deal’, captained by Gilberto Lara from San Pedro Town placed fifth after accumulating 948.90 points and they won fishing gear. 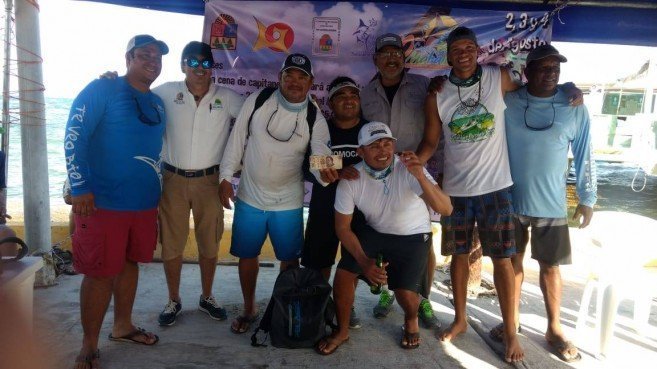 Organizers of the fishing tournament would like to thank all the teams that participated and made it another success. Special thanks go out to the sponsors of the tournament, which included: Corona Extra, Coca Cola, Arrecifes Costa Maya, Bodegas Baroudi, Mini Super El Marino, Poza Clara, Promocasa, Posada SA-Nah, and Grupo Contable. The San Pedro Sun joins the community in congratulating all three San Pedro teams for topping the 10thAnnual Copa Mahahual Fishing Tournament.

Letter to the Editor: Sail and sea summer camp