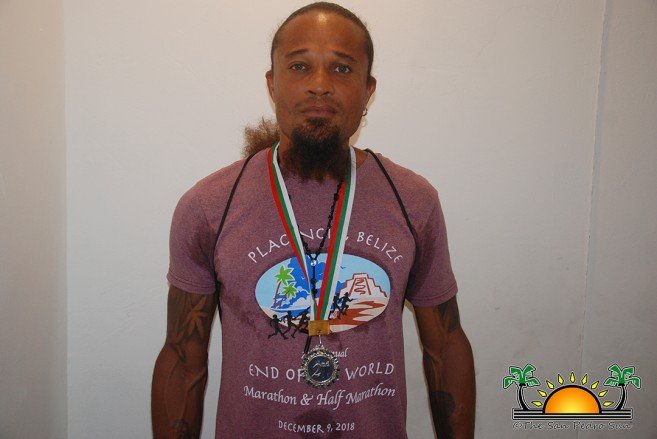 Gordon participated in the 20k category (40-49 age range), where he placed second by finishing in one hour, 33 minutes and 32 seconds. He told The San Pedro Sun that he has seen improvement in the past years as the last time he participated in this race, three years ago he finished it in more three hours.
Gordon is a well-known for his running skills in San Pedro and he has participated in several local and international marathons because his main goal is to compete in the 2024 Olympic Games to be held in Paris, France. He hopes to inspire and encourage those people who think that they are too old to accomplish their dreams. He further extends a ‘thank you’ to everyone who has supported him financially or any other way for him to be able to participate in all these races.
The journey doesn’t stop here for Gordon, he has several upcoming races, including the End of the World Marathon to be held in Placencia Peninsula on December 8, 2019. To keep up with Gordon’s future races or how you can assist him financially, you can check him out on Facebook under Ian Gordon or call him at 628-6696 or 665-4372.