For the 13th week of the Premiere League of Belize (PLB) 2019 Opening Season, the San Pedro Pirates travelled to Belize City to face the Belize Defense Force (BDF) on Sunday, November 3rd. The match saw the island team taking the win with a 3-1 score and retaining their third place position on the PLB charts with 22 points. 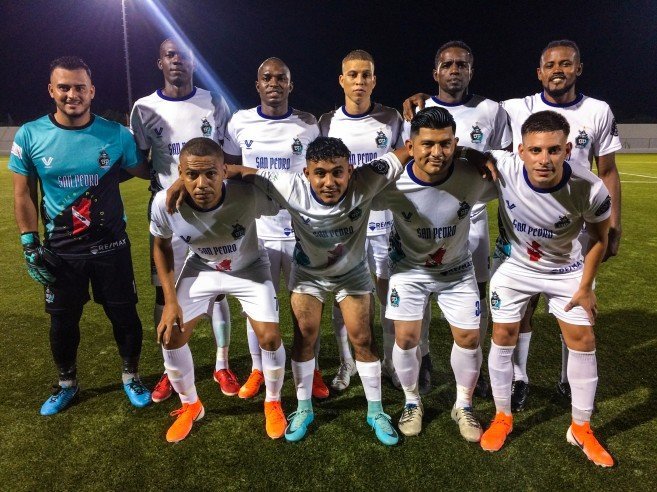 The match kicked off inside the MCC Grounds in Belize City at 4PM. Determined to win, BDF scored its first goal in the second minute of the match courtesy of Kyle Budna. The early scoring set the intense tone of the match and made both teams ramping up their defense. The first half didn’t see any more goals, and the match went to the break with BDF leading 1-0.

After the break, both teams came back, ready to score more goals and claim the victory. At minute 49, San Pedro Pirates’ Henry Vivas managed to nail a goal. Shortly after, the Pirates Anderson Cordoba found another opportunity by the net and scored a second goal for his island team.

With the Pirates on a 2-1 lead, BDF made many attempts to tie the match, but all were unsuccessful. At minute 88, Pirates netted a third goal courtesy of Jesse Smith. When the long whistle blew, the San Pedro Pirates had the 3-1 victory.

The PLB current standings have Verdes F.C at the top of the charts with 30 points, followed by Belmopan Bandits with 25 points, San Pedro Pirates with 22 points and Altitude F.C with 21 points. Following the top four teams Wagiya Sporting Club has 18 points, BDF has 16 points and Placencia Assassins has six points. At the bottom of the chart is FF Valley Pride F.C with four points only. For their last match of the regular series of the PLB 2019 Opening Season, the San Pedro Pirates will be playing at home against Wagiya Sporting Club. The match is scheduled to start at 7:30PM inside the Ambergris Stadium in San Pedro Town. ALL islanders are invited to come out and support the island team in their last home match in the PLB regular series.