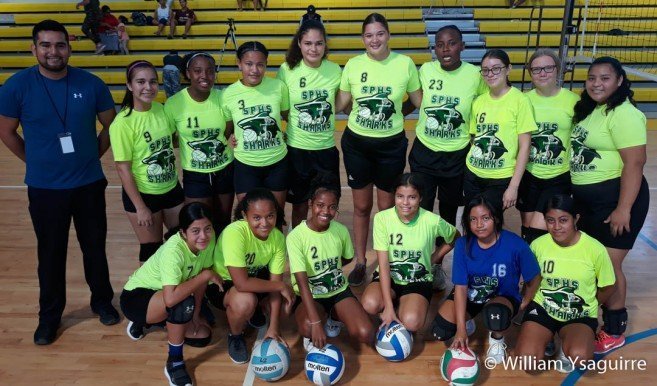 The SPHS Sharks had qualified to the nationals as the Northern regional champion, but in Game three in the third-place consolation match on Saturday morning, the Sharks fell 0-3 to the Southern regional champs, the Julian Cho Technical High School girls. Aaliyah Leiva led the Sharks’ attack hammering five kills at the net on plays set by Caroline Sersland. Vatranny Perez hammered four kills and served an ace, and Dennisa Mairena and Normalee Gomez each scored two hits. Babee Emmaz Lopez and Caroline Sersland each scored a hit and served an ace, and Jasmine Geronimo scored a hit. The Sharks also gained 17 points from JCTHS’ five service faults and 12 errors. 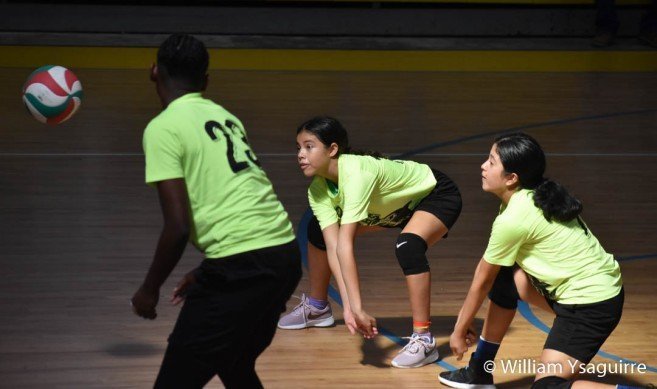 JCTHS’ Devyne Lopez scored four hits on plays set by Ofelia Pop, also serving three aces. Kiara Quiñonez served six aces and spiked home a point, and Naica Galvez scored two hits and served an ace. Nyah Recinos scored a hit, Daisy Maas tricked the ball over the net, and Ofelia Pop served an ace to win:25-11, 25-13, 25-16. They also gained 55pts from the Sharks’ seven service faults and 48 errors.
The Sharks had fared no better in the opening game of the tournament on Friday afternoon, when they lost 0-3 to the Western regional champs, the Belmopan Comprehensive School girls. BCS’ Zalika Henderson and Mia Sylvestre hammered hits at the net on plays set by Indya Gordon, and Alexandra Avila, Jaslyn Usher, Jahsmin Bennett, Darika Gordon, and Xhania Dubon helped receive and volley the ball to win: 25-11, 25-10, 25-22. 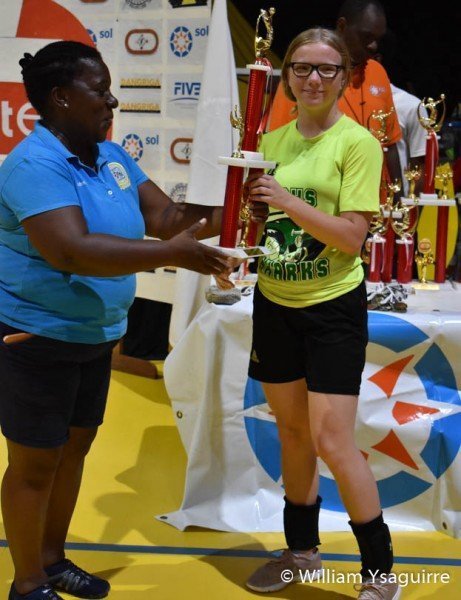