The national U-18 Female Volleyball team returned to Belize on Monday, November 25th as the sub-champions of the 13th edition of the Central American Female Volleyball Tournament held in Costa Rica November 19th – 23rd. Throughout the competition, Team Belize lost only to the host (Costa Rica), and brought home the most individual awards, highlighting Belize’s continued excellence in performance sports at the regional level. 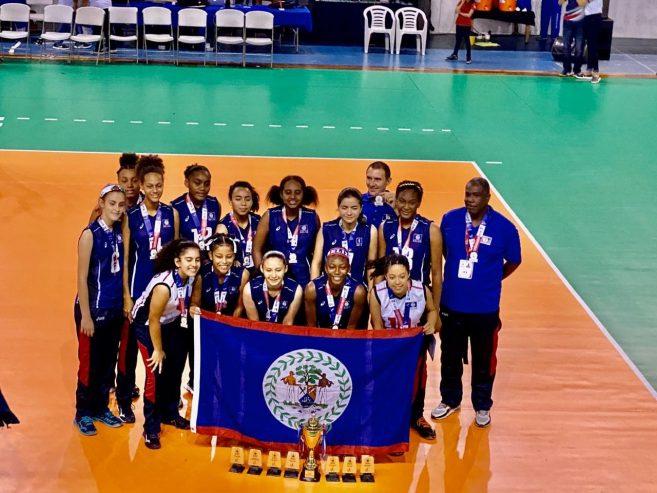 The Belizean Volleyball team grabbed their first win on day one of the tournaments against Honduras. The game included four sets and Belize won three of them. The following day, they faced Nicaragua and beat them in three sets. Team Belize netted 25-23 in the first set, 25-17 in the second and 25-23 in the last set.
On November 21st, Costa Rica prevailed on their home turf 3-1 over Belize. The Belizean squad showed an impressive dominance but it was not enough. The team regrouped and the following day they made up for their loss, defeating Guatemala 3-0 (26-24, 25-14 and 25-15).
On the last day of the event, Belize went against El Salvador shortly after 2PM. The Belizean females swept the court easily, overcoming their opponent 3-0 (25-12, 25-22, and 25-23). With that latest victory, Belize claimed silver in the tournament. Costa Rica took the championship, and Honduras placed third. 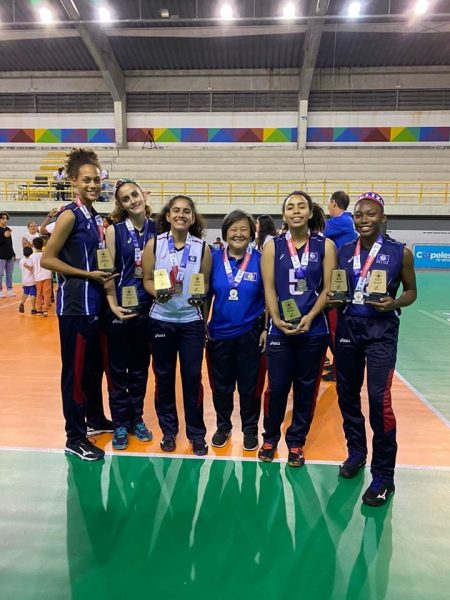 The Belizean team was also awarded seven individual medals. Belizean athletes who were recognized included Gareth Bruce – Best Scorer and Best Attacker, Sofia Solano – Best Libero and Best Defensive Player, Iman Safa – Best Setter, Olivia McKenzie – Best Blocker 2, and Jayda Smith – Best Receiver.
Upon their return to the country, Team Belize celebrated their victory with a motorcade from the Marion Jones Sporting Complex into south side Belize City and back. The National Sports Council indicated that it will provide student grants to each player who attends St. Catherine Academy in Belize City. The San Pedro Sun joins the entire country in congratulating the Belize National U-18 Female Volleyball Team on this monumental achievement.